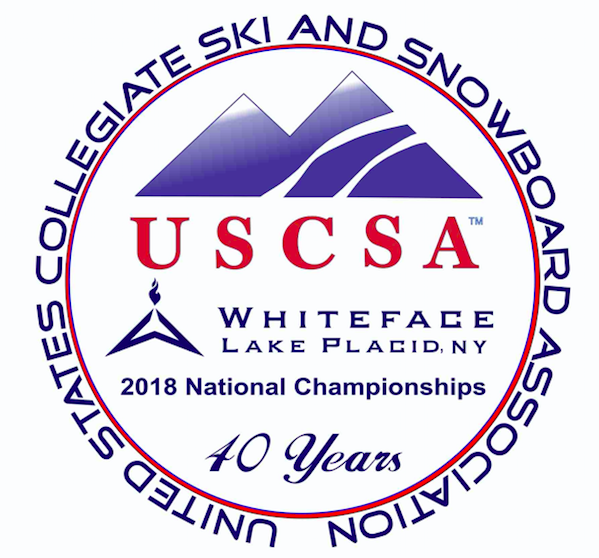 At the Snowboard and Freeski venues, Westminster College won National ChampionshipsTM in both the women’s Snowboard Rail Jam and men’s Snowboard Cross, while Sierra Nevada College won a National ChampionshipTM in women’s freeski Rail Jam and the University of Nevada Reno won a National ChampionshipTM in men’s Skier Cross. Ross Collins, the Head Coach of the University of Nevada Reno, said “I am overjoyed by both Nico's victory and maybe to a greater extent the team's success. Nico, has put the perfect cap on a strong collegiate career. He commanded the field, defending his title from Mt. Bachelor last year. But watching this group support each other throughout the season and to see that continue through today's team win is so well deserved. Skiing is an individual sport, but when these kids get a chance to act as a team, they support each other so well, and they deserve this result. I'm very proud.” Nicolo Monforte, the men’s National Champion in Skier Cross from the University of Nevada Reno, continued “I’m very happy with today’s result! I felt solid on my skis all day. I was able to capitalize on some fast starts and a smooth line on the bottom section of the track. I’m excited to defend the National Championship and very proud of our team for bringing home a National title to Nevada! I think the boys stepped up in a big way and proved that we can compete with the best in the Nation. A big thanks goes out to our boosters foundation back in Reno for their continued support of our team. We’re looking forward to the rest of the week here in Lake Placid.”

The first day of alpine racing on Drapers Drop belonged to Sierra Nevada College. The Eagles won both the team and individual women’s Giant Slalom National ChampionshipsTM, with Saana Ahonen taking home her first individual Giant Slalom title. “It was a really tough day but the team worked really well together and in my opinion that's why we won today. I'm happy to be an eagle and part of this great team.” said Saana Ahonen. “I am really happy with the team's performance,” said Elias Struz, Head Coach of Sierra Nevada College. “We have had a season with a lot of ups and downs, which made us stronger as a team. The girls stood up for eachother and sacrificed their individual success to achieve the underlying goal, which was to win as a team. They made me really proud and happy about my decision to be the coach this year.”

“Today we had a great first day of competition across all of our disciplines. The sunny weather brought out an enthusiastic crowd, with some of the craziest action at the Cross course. The athletes were giving their all and went big on the final jump.  If you were not able to watch the live broadcast, check out the archives on our website. We are expecting some great weather tomorrow and more great competition, so please come and join us at Whiteface or watch online,” said Adam Stark, President of USCSA.