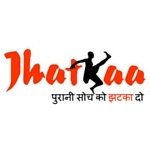 When the MoEF notified the revised standards for coal-based Thermal Power Plants (TPPs) on December 7th, 2015, the aim was to drastically cut their harmful SO2, NOx, PM10 and Mercury emissions. This was an obvious and an emergency response to the findings that:

The stringent new norms, if implemented by December 7th, 2017 (as had been notified by MoEF), would cut these TPP emissions by as much as 70-85%[6]. However, today is the last day of the two year deadline, and unsurprisingly, the power plants have done precious little to check their emissions.

What TPPs had to do

According to the MoEF, all thermal plants need to install the below three technologies before Dec 7, 2017. Out of the 90 power plants that we asked information through RTIs, we got responses only from 17 thermal power plants. Most of these plants have technologies in place for particulate matter, but almost none of them are ready to control sulphur dioxide and nitrogen oxide emissions. The RTI responses show that it will still take several years for TPPs to get compliance in place.

Since coal still accounts for almost 60% of India’s power generation[8], TPPs love to use the statistic to justify not just their existence, but also their lack of inaction. For instance, the National Thermal Power Corporation (NTPC) has clearly stated that its TPPs - together worth 161GW - cannot be shut down to install FGDs and Catalytic Converters, because that would “plunge the country into darkness”[9].

Well, didn’t it occur to them 2 years ago to shut down one unit of one plant at a time to carry out the retrofitting? Wasn’t that the logical course of action? Or were they deliberately waiting for the deadline to expire, knowing that they would later cry foul and wiggle out of the mess?

The TPPs say the cost of the retrofitting will be close to $38bn[10], and to recover the expense, they will be forced to increase power tariffs. They are therefore asking the government to fund the retrofitting. However, the Centre for Science and Environment (New Delhi) has calculated that the retrofitting can be carried out at less than 3% annual increase to the power tariff for the next three years[11]. Clearly then, inflated power tariffs are not as big of an issue as they are being made out to be.

Interestingly enough, NTPC is now worried that it will be unable to raise international funding for its operations if it fails to comply with the new norms, since international funding is tied to meeting environmental standards10. It is indeed sad that NTPC – a Maharatna company – is more worried about wooing international funding than the consequences of its plants spewing out toxic amounts of pollutants. It’s basically saying that the health of Indians is immaterial, even though it tries to fake concern for them by warning against an increase in power tariffs.

Surprisingly, only Adani Power – a major private player - had agreed to comply with the retrofitting schedule. Unfortunately, together with NTPC, GMR and Reliance Power, it is now lobbying the government to extend the deadline by as many as four-six years.

What needs to be done

Very simply - the polluters need to pay. Not just for the amount of pollutants they dump into the air, but also for their deliberate delay in acting on the new emission control norms. The government needs to understand that it must not relax its stand on the new norms - even though an extension to the deadline is now imminent – and heavily penalise all non-compliant TPPs till they fall in line.

Doing so will send a clear message that while we do depend on TPPs for a majority of our power needs, they cannot and will not be allowed to use that as an excuse for not taking their power plants offline temporarily to comply with the new emission norms.