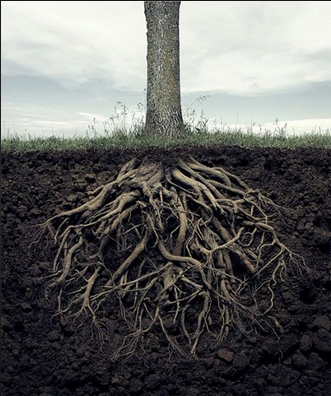 The Root of Evil

“5 Perverse disputings of men of corrupt minds, and destitute of the truth, supposing that gain is godliness: from such withdraw thyself. 6 But godliness with contentment is great gain. 7 For we brought nothing into this world, and it is certain we can carry nothing out.

8 And having food and raiment let us be therewith content. 9 But they that will be rich fall into temptation and a snare, and into many foolish and hurtful lusts, which drown men in destruction and perdition. 10 For the love of money is the root of all evil: which while some coveted after, they have erred from the faith, and pierced themselves through with many sorrows. 11 But thou, O man of God, flee these things; and follow after righteousness, godliness, faith, love, patience, meekness.” - 1 Timothy 6:5-11 KJV

:5 Remove yourself from the constantly contentious occupation and empty business of minds that have become corrupted and so they corrupt, consumed and so they consume. They allow themselves to be robbed of truth (so they rob). It is their law  and custom that acquiring more for oneself is the sacred way of human existence.

:6 The [true] Sacred Way is a mind contented with its lot. It is self-satisfaction. It is self-sufficiency. It is identity and competence (all of which are truly found in relation to The Highest). This is the greatest gain!

: 7 We came into this world with nothing and it is certain that we can take nothing with us when we leave.

:8 Let us be satisfied with nourishment and sustenance, clothing and covering, physically and spiritually. This is a defence against (wards off; gives strength to combat) the dissatisfaction of greed.

:9 But those who will deliberately and purposefully pursue to increase themselves by acquiring wealth and riches become overwhelmed and entrapped by the resulting trial that proves their constancy to that which is immoral, unethical, and ultimately plagues the soul. The deceitful lure and seduction of personal gain only brings foolish and injurious lusts which drown people in the depths of ruin and spiritual loss which cannot be quantified.

:10 Greed for wealth and material gain is the root and sprout of many evils (worthless, wicked and harmful thinking and acting). While many have greedily reached to obtain more, they have lost themselves, being led astray from pure trust in the Highest and Best. They have simultaneously impaled their souls with burdens, sorrows and baggage that will never pay off  (will never be worthwhile).

:11 But those who have awe and respect for The Highest, escape these dangers and eagerly pursue divine character- full of integrity, balanced judgment, pure living, virtue, conviction of truth, trusting the Highest, affection and good-will, cheerful and patient endurance, as well as gentleness.