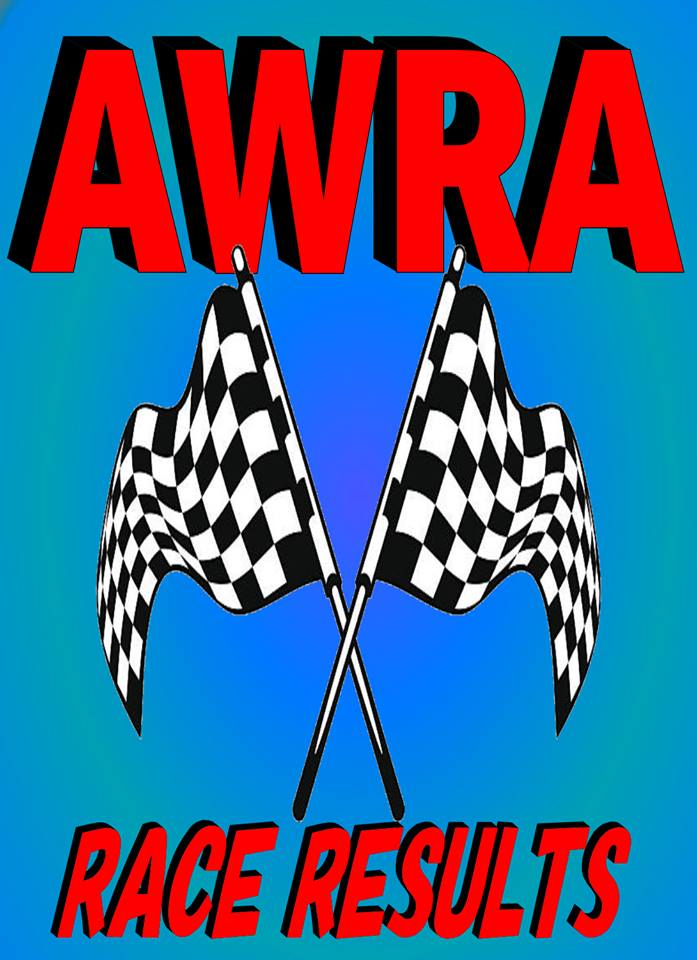 Also on the schedule was a prize drawing and a chance to buy a WOMP through the Project X/AWRA New Racer program. The New Racer program is designed to help new racers get started in WOMP racing. It is a very limited offer plan. Here is how it works. If a NEW racer buys a WOMP RTR car or a WOMP kit at a specified AWRA event, he or she will get a starter set free. The starter set consists of a low-cost controller, a pit box, a tech block, a set of precision screwdrivers, pit box stickers, and an AWRA button, all courtesy of Project X Racing. One such set was available at Tennessee Valley during the event. It was purchased by Colton McGee and assembled the morning of the race. Colton went on to compete in the Junior Division race and finish second. Two more of these limited availability sets will be sold on a first come-first served basis at American Adrenaline Speedway in Randleman, North Carolina at the opening race of the AWRA Mid Atlantic Championship series.

Here is the full field rundown.

The Stock Cars were up next, also on the tri-oval. The ten-car field put on a fast show with lots of side-by-side racing. When the dust cleared, Paul Frazier had scored his first career AWRA win by a slim two-lap margin over Randy Hampton. Charles Eldridge was third, veteran Eddie Cordle was fourth, and Steve Adkins was fifth.

Here is the field summary.

Following the lunch break, racing resumed, this time on the King track with the Outlaw Legends. Charles Eldridge scored his first of two wins for the day.

Here is how they finished.

The Sportsman WOMPS closed the show on the King, and Charles Eldridge notched his 19th career AWRA win, a new record. Chasing Eldridge to the checkers were Paul Frazier and Eddie Cordle. Her is how they finished.

The AWRA would like to thank Jeffrey Chalmers for hosting a fun event. See you again soon!

Don't forget! The AWRA Mid Atlantic Championship series starts on Saturday, May 4th at American Adrenaline Speedway in Randleman, North Carolina followed by June 1 at Uncle Charlie's Slot Car Racing in Wilkesboro, North Carolina, then on to The Slot Car Track in Concord, North Carolina, and finishing up At Thunder Road Raceway in Saluda. Virginia. Four events at four great tracks and a pile of great prizes. Be there and get your share!