This document assumes that you have a properly converted camera with the Arduino sketch corresponding for the timing on the sheet below. For instructions on converting your camera to an openSX70 camera there is a different document. Please note that at this moment we have only tested the system on SX70 alpha cameras.

You need the openSX70 dongle to operate the camera. This can be the uDongle or any other later version of the Dongle. (NOTE: the uDongle by itself on a “normal” SX70 camera DOES NOT WORK and can damage your camera).

You can have OR NOT some sort of means to upload sketches or no. This can range from a FPC (very thin flat cable) adapter to a full FTDI USB board. You can only have the FPC cable or you can have nothing installed. 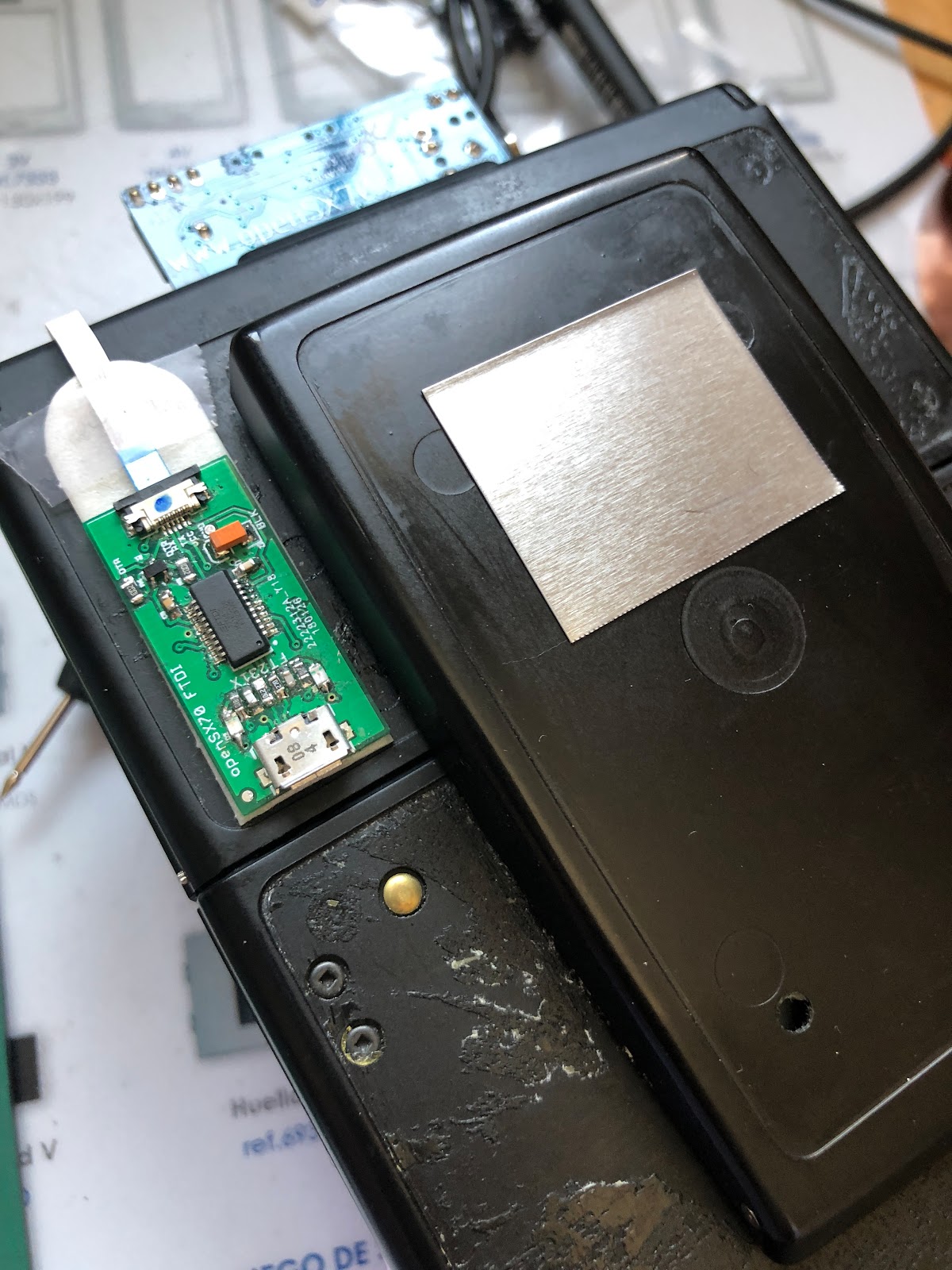 Once the firmware or Arduino sketch is stable there won’t be a need to reprogram the camera and thus all this will not be necessary.

The uDongle connects to the flashbar socket on the camera. If there is no Dongle or flash or flashbar connected the camera will not operate at all and will only do darkslide ejection if that corresponds.

If you connect a flashbar INSTEAD of the Dongle the camera will shoot triggering the flash as a normal SX70. The darker/lighter wheel in this case does nothing.

These are the uDongle parts:

The selector has 16 positions or slots, marked 0 to F(15). Positions 1-A correspond to different shutter speeds:

Please bear in mind that this values are my estimation based on (non very scientific) tests. Your mileage may vary. This is still a work in progress. First column is the selector position, second is the EV value or corresponding option. Next is the exposure time (theoretical) for f.8 aperture. Next is the (again theoretical) actual aperture. Then is the actual shutter speed. The last column is the “raw” ms that I use in the software (with delays of the mechanical movement).

The faster shutter speeds do not allow due to mechanical limitations of the shutter mechanism to fully open and thus have to be taken into account. That make expressing the exposure in EV or “exposure value” more accurate and truth. 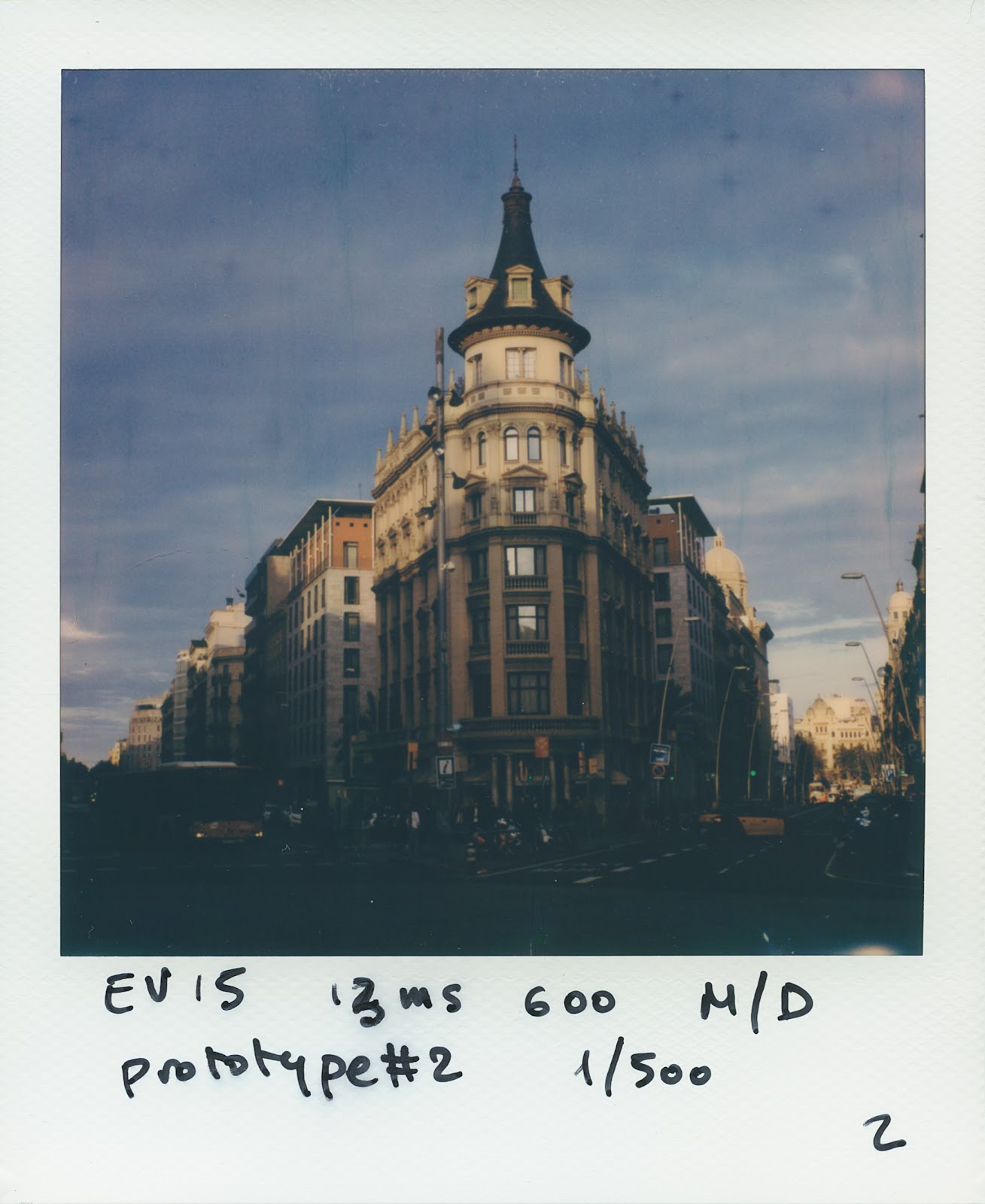 Slot C is for what I call “normal” flash: that means that the Solenoid#2 engages, and closes the aperture depending on the distance based on the position of the focus ring. This is how you normally want to operate. 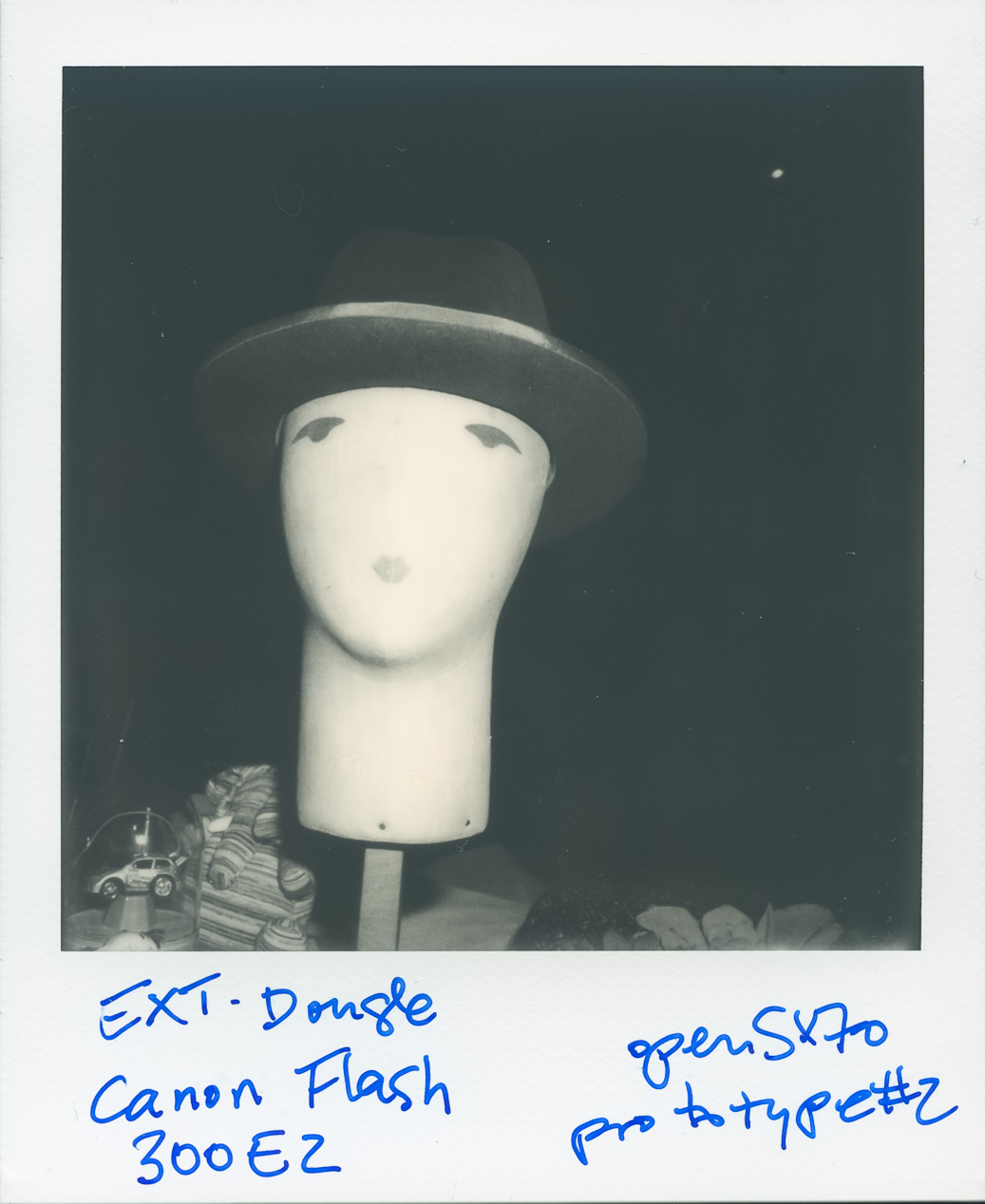 Slot D is for full open or f.8 aperture flash no matter what distance or where the focus ring is.

This will yield to overexposed pictures unless you can control the flash power. This is accomplished by software because I do not engage the Solenoid#2. This option is for use with studio flashes. 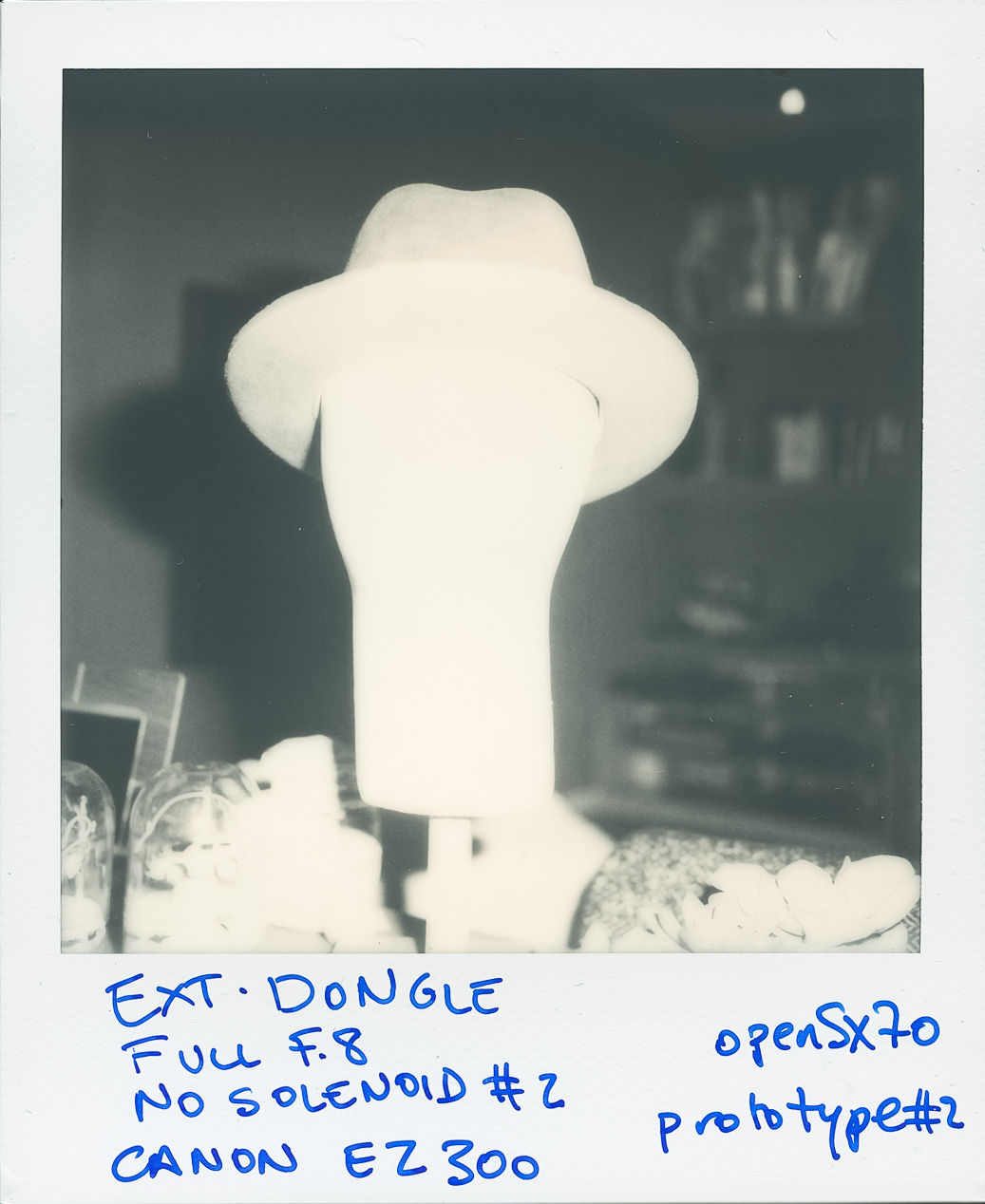 Slot F: is B-mode, the shutter remains open while you keep the red button pressed.

EXPERIMENTAL: If Switch S2 (mirror delay) in ON in this mode:

-aperture will be as in flash mode (solenoid#2 engaged, don’t know if it will hold)

The openSX70 camera implements a 10 seconds self-timer function. If you keep the red button pressed (in any of the “normal” shutter speeds) for more than a second then the camera delays the picture-taking for 10 seconds. The LED on the uDongle will blink at an increasingly faster pace until the picture is taken.

The LED acts also as a sort of counter:

-when you insert the pack and ejects the darkslide it will remain solid on.

-while the pack is in use, when you open (power-up) the camera it will blink the remaining number of pictures (on an 8-picture pack basis).

-once the camera thinks the pack is empty the LED will remain solid on, this is on 8-picture per pack basis. The camera will keep shooting until the actual counter says “0”. This is because the “internal” counter sometimes goes wrong.

(of course this can be altered in the software for ten picture pack).

-S1 switch if in OFF position it will shoot and eject in a normal fashion. If in ON position (on the left looking from the front) it will engage multiple exposures mode. It will keep the shutter closed after the first shot allowing for multiple exposures until the switch is back in the normal position and the red button is pressed. 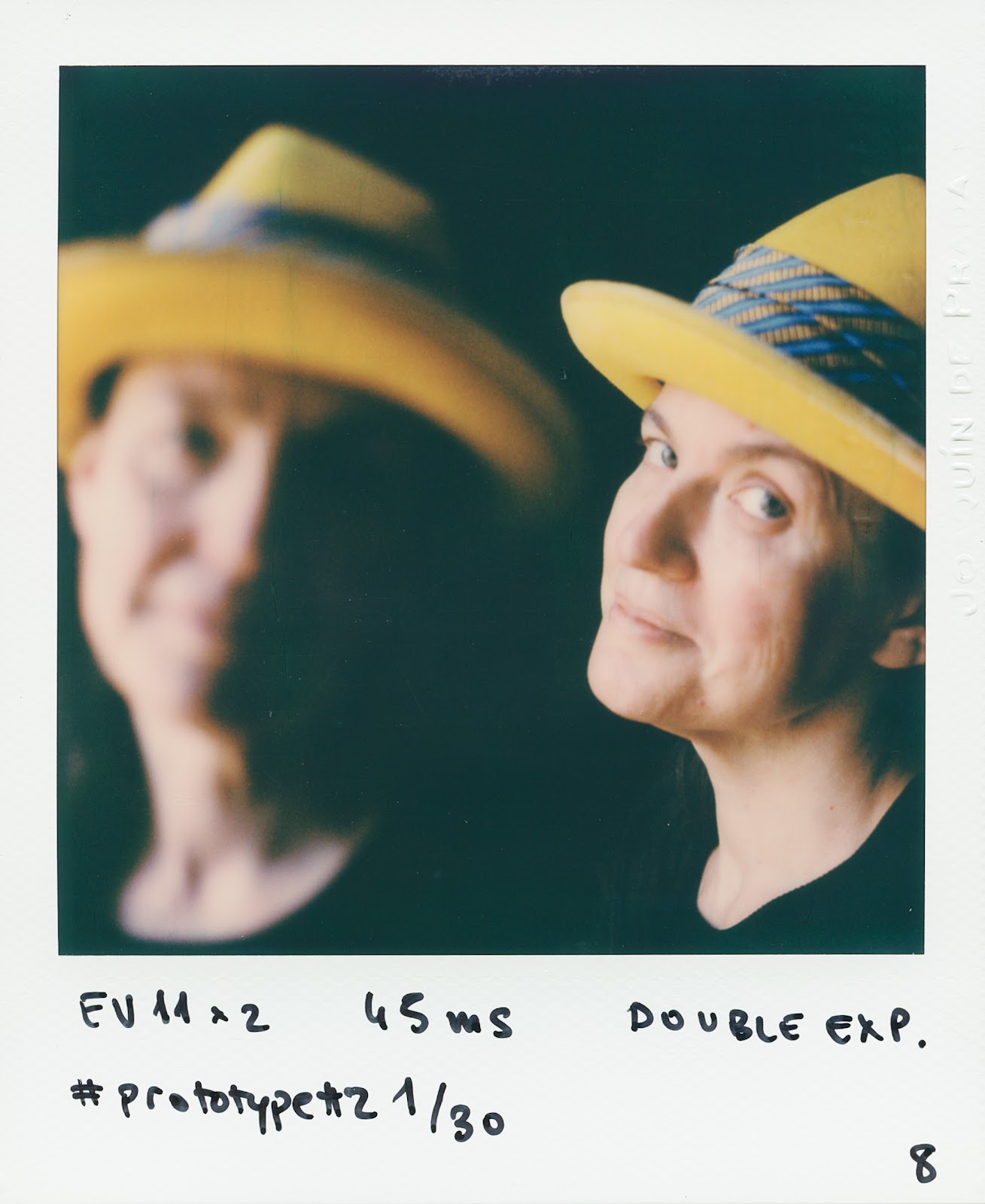 -S2 switch when ON will increase the “Y” delay (when the mirror goes up to take the picture) to a longer time to limit vibrations. At this time I have set it to 200ms (normal “Y” delay is 40ms).

External flash 3.5mm jack. This is for use with an external flash or studio lights. For the flash to trigger you have to be on “C” or “D” position in the selector. Look the section on flash above. 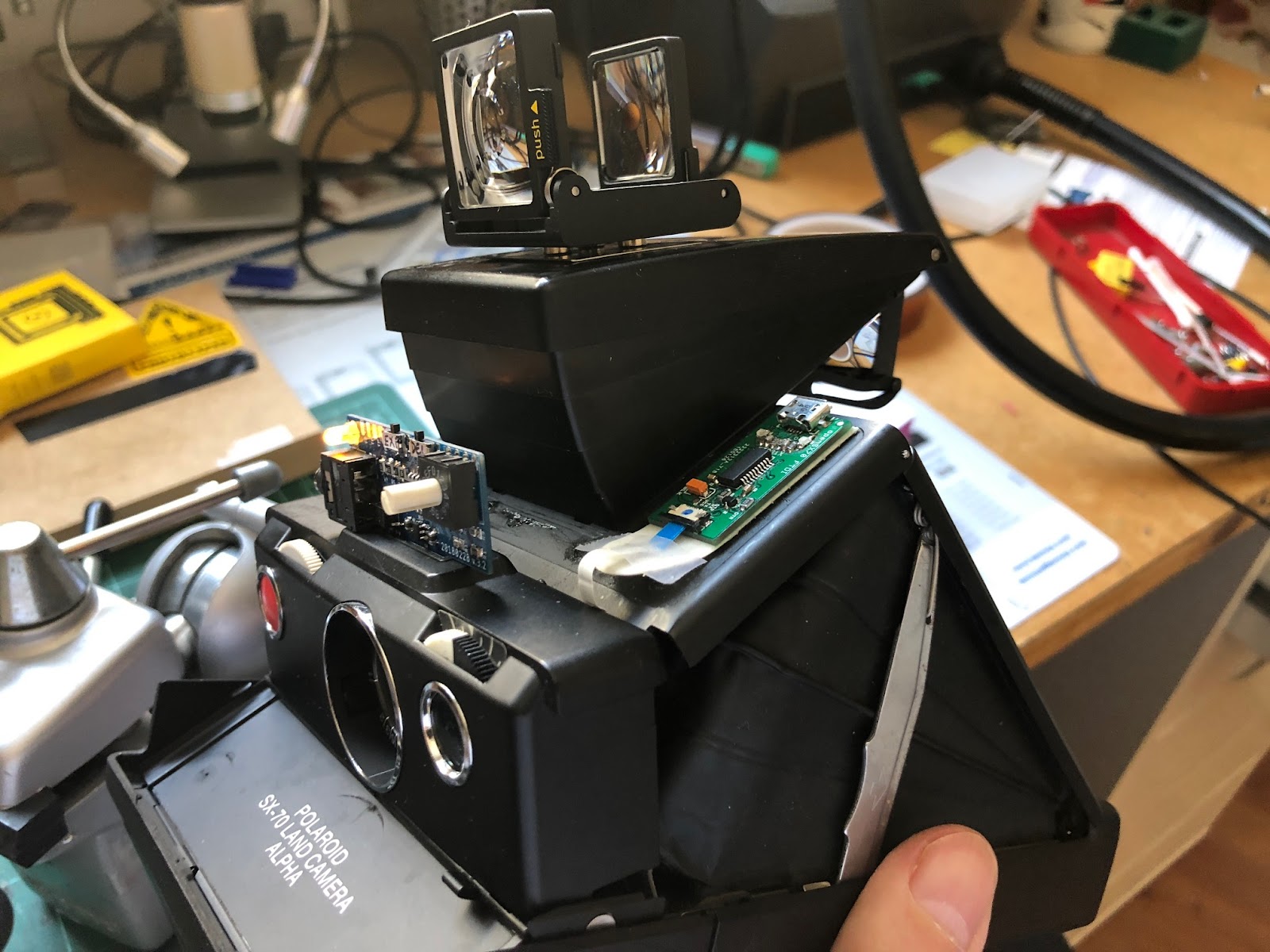 -the first batch of boards were defective due to a manufacturing error by SeeedStudio, but not only that as I am going to replace the light sensor existing now (BH1750)  with a photodiode closer to the original. NONE of the existing boards out there at this time (Len’s and Bellows and Pathfinder) will do AUTO mode and in practical terms are exactly and have the same the same functionality.

-the uDongle is, to put it mildly very fragile. Be very careful when handling while inserted.

-if you are going to need to upgrade the firmware sketch in the camera, it probably better just to stick with a piece of tape the FPC cable.

-the FPC cable is very whimsical, be very careful not to twist or break it. I am now experimenting with cheap cables from eBay, 6cm long.

-When shooting you have to do a short but “consistent” press of the red button, AND RELEASE to shoot. It does NOT operate like the original (It shoots while pressing) but ONLY when you stop pressing. Otherwise you will do a self-timer (10 second) delay when you release. (You can stop this  closing quickly the camera and cancelling all operation).