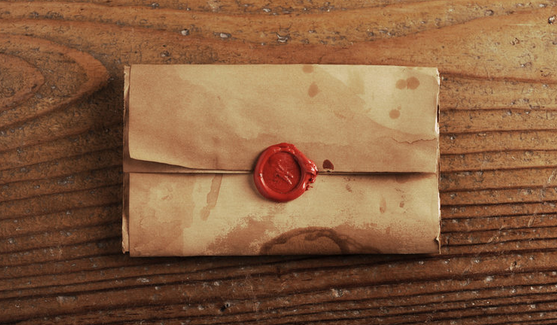 12) The person who morally reverences, loves, and adheres to the Great I AM, Self of selves, Life Designer, will find the Architect of it All as Cultivator and Teacher of the ancient way. It is a well-worn path by students of old to this day.

13) It is the acceptable and preferable way for the soul to experience lasting wellness. The work of their hands and mode of living will largely influence the state of things around them. They will purposefully create their reality, intentionally sowing what they desire.

14) The intimate counsel of the Great I AM is with those who morally reverence, accept, and love The One True Self. The sacred principles of soul-food for spiritual growth and life-mastery, true success, will be revealed to them.

[1] H376 ʼîysh, eesh; contracted for H582 (or perhaps rather from an unused root meaning to be extant); a man as an individual or a male person; often used as an adjunct to a more definite term (and in such cases frequently not expressed in translation):—also, another, any (man), a certain, champion, consent, each, every (one), fellow, (foot-, husband-) man, (good-, great, mighty) man, he, high (degree), him (that is), husband, man(-kind), none, one, people, person, steward, what (man) soever, whoso(-ever), worthy. Compare H802.

H582 ʼĕnôwsh, en-oshe'; from H605; properly, a mortal (and thus differing from the more dignified 120); hence, a man in general (singly or collectively):—another, × (blood-) thirsty, certain, chap(-man); divers, fellow, × in the flower of their age, husband, (certain, mortal) man, people, person, servant, some (× of them), stranger, those, their trade. It is often unexpressed in the English versions, especially when used in apposition with another word.

[5]H977 bâchar, baw-khar'; a primitive root; properly, to try, i.e. (by implication) select:—acceptable, appoint, choose (choice), excellent, join, be rather, require; to prove, to examine; to be chosen, preferable

[7] H3885 lûwn, loon; or לִין lîyn; a primitive root; to stop (usually over night); by implication, to stay permanently; hence (in a bad sense) to be obstinate (especially in words, to complain):—abide (all night), continue, dwell, endure, grudge, be left, lie all night, (cause to) lodge (all night, in, -ing, this night), (make to) murmur, remain, tarry (all night, that night).

[8] H2896 ṭôwb, tobe; from H2895; good (as an adjective) in the widest sense; used likewise as a noun, both in the masculine and the feminine, the singular and the plural (good, a good or good thing, a good man or woman; the good, goods or good things, good men or women), also as an adverb (well):—beautiful, best, better, bountiful, cheerful, at ease, × fair (word), (be in) favour, fine, glad, good (deed, -lier, -liest, -ly, -ness, -s), graciously, joyful, kindly, kindness, liketh (best), loving, merry, × most, pleasant, pleaseth, pleasure, precious, prosperity, ready, sweet, wealth, welfare, (be) well(-favoured).

[10]H3423 yârash, yaw-rash'; or יָרֵשׁ yârêsh; a primitive root; to occupy (by driving out previous tenants, and possessing in their place); by implication, to seize, to rob, to inherit; also to expel, to impoverish, to ruin:—cast out, consume, destroy, disinherit, dispossess, drive(-ing) out, enjoy, expel, × without fail, (give to, leave for) inherit(-ance, -or) magistrate, be (make) poor, come to poverty, (give to, make to) possess, get (have) in (take) possession, seize upon, succeed, × utterly; to take, to take possession of, to occupy, especially by force.

[11]H776 ʼerets, eh'-rets; from an unused root probably meaning to be firm; the earth (at large, or partitively a land):—× common, country, earth, field, ground, land, × natins, way, + wilderness, world; the land, the element of the earth.

[12]H5475 çôwd, sode; from H3245; a session, i.e. company of persons (in close deliberation); by implication, intimacy, consultation, a secret:—assembly, consel, inward, secret (counsel). A couch or cushion on which a person reclines; a sitting together; familiar conversation, familiar acquaintance.

H3245 yâçad, yaw-sad'; a primitive root; to set (literally or figuratively); intensively, to found; reflexively, to sit down together, i.e. settle, consult:—appoint, take counsel, establish, (lay the, lay for a) found(-ation), instruct, lay, ordain, set, × sure; to constitute, to establish

[14] H3045 yâdaʻ, yaw-dah'; a primitive root; to know (properly, to ascertain by seeing); used in a great variety of senses, figuratively, literally, euphemistically and inferentially (including observation, care, recognition; and causatively, instruction, designation, punishment, etc.):—acknowledge, acquaintance(-ted with), advise, answer, appoint, assuredly, be aware, (un-) awares, can(-not), certainly, comprehend, consider, × could they, cunning, declare, be diligent, (can, cause to) discern, discover, endued with, familiar friend, famous, feel, can have, be (ig-) norant, instruct, kinsfolk, kinsman, (cause to let, make) know, (come to give, have, take) knowledge, have (knowledge), (be, make, make to be, make self) known, be learned, lie by man, mark, perceive, privy to, × prognosticator, regard, have respect, skilful, shew, can (man of) skill, be sure, of a surety, teach, (can) tell, understand, have (understanding), × will be, wist, wit, wot; to perceive

H1250 bâr, bawr; or בַּר bar; from H1305 (in the sense of winnowing); grain of any kind (even while standing in the field); by extension the open country:—corn, wheat.

H1305 bârar, baw-rar'; a primitive root; to clarify (i.e. brighten), examine, select:—make bright, choice, chosen, cleanse (be clean), clearly, polished, (shew self) pure(-ify), purge (out); to separate, to sever; to select, choose; an arrow from rust to polish, to point, to sharpen; to explore, to search, to prove.