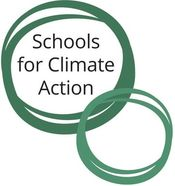 WHAT:         Press Conference by Youth, Educator, Parent, and School Board Climate Advocates Following Discussion of Climate Crisis and Climate Justice at State Board of Education Meeting

WHERE:               Sidewalk in Front of the California Department of Education

Sacramento, CA – One week after returning from mandatory evacuations due to the Kincade Fire, a group of student climate advocates from Sonoma County will be recognized by the California State Board of Education President Linda Darling-Hammond. Dr. Darling-Hammond will address the climate crisis during her report to the State Board of Education at the opening of their November meeting. She will also signal her support for the Schools for Climate Action (S4CA) campaign by awarding young S4CA advocates from Sonoma and Butte County a certificate. Youth advocates will then address the State Board: Simi, Sabine, and Juan who are 7th graders in the Salmon Creek Middle School Climate Advocacy Class and Lola, a co-founder of S4CA, and a sophomore at Credo High School. All of the Sonoma County youth attending the meeting have been impacted by five climate-related disasters in the past two years alone, most having missed at least 14 days of school due to poor air quality, flooding, or evacuations.

S4CA is a non-partisan, youth-adult campaign working to empower school communities and education leaders to speak up for climate action to protect students. It was started by a group of parents, teachers, and students in Sonoma County, CA in July of 2017. Since December of 2017, more than 100 education organizations in 14 states have passed non-partisan climate action resolutions. These resolutions do 3 things:

Since June of 2018, more than 150 S4CA youth supporters have visited Capitol Hill four times, delivering education sector resolutions to every Congressional Office. In addition, youth-adult teams have participated in more than 50 meetings with Congressional offices, advocating for federal climate action. Members of Congress believe that non-partisan climate action resolutions from education leaders across the country will apply significant pressure on Congress to act on climate. Across the US, there are more than 13,000 school boards, 20,000 student councils, and 40,000 other education sector organizations that could quickly join a call-to-climate action.

During their comments to the State Board, youth climate advocates will encourage all education leaders, as mandated reporters, to speak up assertively to help end Congressional climate neglect—-even before young people ask them to.

At a press conference following remarks to the state board, youth and adult S4CA advocates will also describe their efforts (unsuccessful to date) to move the National School Boards Association, the California School Boards Association (CSBA), the National Association of School Psychologists (NASP), and the National Association of School Superintendents (NASS) to speak publicly about climate harm students face and to call for federal climate action to protect students. S4CA believes that if these state and national organizations passed their own climate action resolutions, it would catalyze hundreds or thousands more from across the country, generating a massive signal to Congress. This same signal would also build the resilience of young people as they struggle to manage difficult climate realities and shoulder the climate burden.

S4CA advocates will also speak about their successful advocacy with groups such as the California Association of School Psychologists, the National Black and National Hispanic Councils of School Boards, as well as the Colorado School Boards Association. Courageous, honest talk from education leaders like these may not just help end climate neglect in the future. By speaking up for climate justice, education leaders may decrease some of the anxiety and despair students face right now on the heels of a major climate-related disaster.

After the press conference, the S4CA youth-adult team will meet with the Director of Communications for the CSBA. The S4CA campaign has engaged the CSBA for two years. It seems unlikely that the CSBA will consider a climate action resolution at their December 2019 General Assembly like the one the Colorado Association of School Boards passed in October or that 40+ California local and county school boards have passed. However, it is very likely that the CSBA will discuss climate change at the upcoming General Assembly.

Schools for Climate Action is a project of the National Children’s Campaign, a non-partisan, non-profit founded and led by youth and adults.