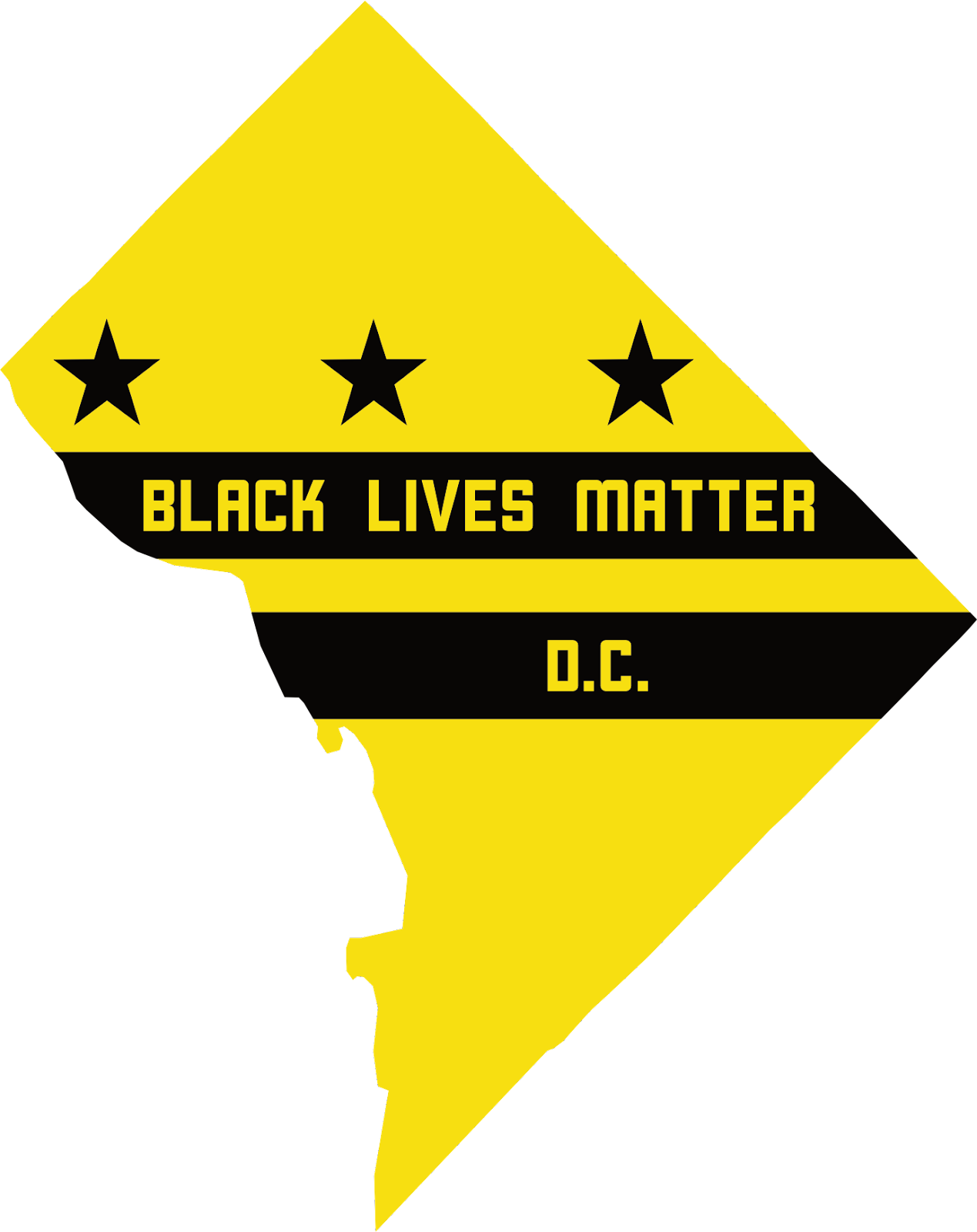 “Black people are allowed to be joyful or feel seen with DC renaming a street after Black Lives Matter. It's also our responsibility to let you know what we are fighting for, who has the power to change things and that power concedes nothing without demand.”

Today Black Lives Matter DC stands in solidarity with freedom fighters all over the world to honor the lives of George Floyd, Breonna Taylor, Tony McDade, Dreasjon Reed, and as always those we have lost to police here in DC:

These are the names of the people that performative Black Lives Matter street art leaves out. These are the names that fuel our commitment to #DefundPolice and #StopMPD. We know that for some DC is the seat of power and imperialism, the symbolic representation of harmful systems but it is also home to hundreds of thousands of Black people who are oppressed by the very systems people claim to be against. It never fails that in the national discourse people ignore those killed right here in DC by police while protesting police brutality and murder in our city.

We stand by our critique of the DC Mayor Muriel Bowser after the unveiling of the Black Lives Matter Mural and the renaming of Black Lives Matter Plaza. “Black Lives Matter” is a complete statement. There is no grey area or ambiguity. We hold that we have a duty to the loved ones named above to ensure that they are not forgotten and their deaths are not exploited for publicity, performance, or distraction. Mayor Muriel Bowser must be held accountable for the lip service she pays in making such a statement while she continues to intentionally underfund and cut services and programs that meet the basic survival needs of Black people in DC.

To chip away at the investments in communities that actually make us safer while proposing a $45 million dollar increase in funding for the Metropolitan Police Department’s budget a few weeks ago is NOT making Black lives matter. Bowser justifies the over policing of Black bodies by pointing to the heartbreaking number of Black people who have died as a result of violence in our streets. Simultaneously she publicly admits that increased police presence has little effect on violent crimes, especially homicide. Homicides continue to increase despite the MPD budget growing every year and more and more officers on the streets. In a continuation of her intentional efforts to first not fund, then dissect, and now lie about implementing the Neighborhood Engagement Achieves Results Act (NEAR Act), that treats community violence as a public health issue, she just proposed to cut $800k from the Office of Neighborhood Safety and Engagement that the Act created and where the violence interruption program sits. Additionally, she still has not opened the stand alone Office of Violence Prevention also required by the Act. Stop Police Terror Project DC and Black Lives Matter DC were instrumental in the creation, passage, funding of the NEAR Act.

Although Black people make up 46% of D.C.’s population, they remain the subjects of the vast majority of all stops, frisks, and uses of force in the District. A January 2018 D.C. Office of Police Complaints OPC report found that of the 2,224 total reported uses of force in Fiscal Year 2017 (October 1, 2016 through September 30, 2017), 89% involved a Black subject. A February 2018 investigative report from WUSA9 analyzed pre-NEAR Act data and found that approximately 80% of the stops involved a Black subject. Just this week OPC released its FY18 Annual Report that revealed officer misconduct complaints are up 78% since FY16, 780 complaints were received (the second consecutive year of receiving a record number of complaints), 501 new investigations were opened (more than any other year since OPC’s

We actively reject the false narrative that policing is necessary or safe. That the system of the system of policing and the injustice system are not broken, they are operating exactly the way that they were designed.

Our anger and rage, our grief is justified. We rebuke the notion that we must celebrate crumbs the Mayor gives DC residents without engaging critically in why we settle for art but not housing, street signs but not investments in the actual things that keep communities safe. If our attempts to hold this administration accountable for what we believe are multiple failures of leadership turns people away then we will stand alone. We are clear in our commitment that liberation for all Black people and real change to the conditions that keep us locked up and out will not be swayed even if people disagree with our stance.

While people celebrate this Mayor, our lawsuit against Bowser this week resulted in the DC curfew being lifted. That’s not it. While we are both taking it to the streets with direct action and support, we are also suing President Donald Trump for ordering the use of violence against protestors who were speaking out against police brutality and the murder of Black people by police. We do this because we know that both the federal and local government are complicit in the violence against protestors.

While others may forget, we do not forget any of us. When we say Black Lives Matter, we mean ALL Black lives. We will work for the liberation of all Black people in DC when it is difficult, when we are attacked, when people are busy debating whether or not protestors are violent or peaceful, and until we are free.

Black Lives Matter DC is a member-based abolitionist organization centering Black people most at risk for state violence in DC, creating the conditions for Black Liberation through the abolition of systems and institutions of white supremacy, capitalism, patriarchy, and colonialism.

We are dedicated to promoting strategies that: