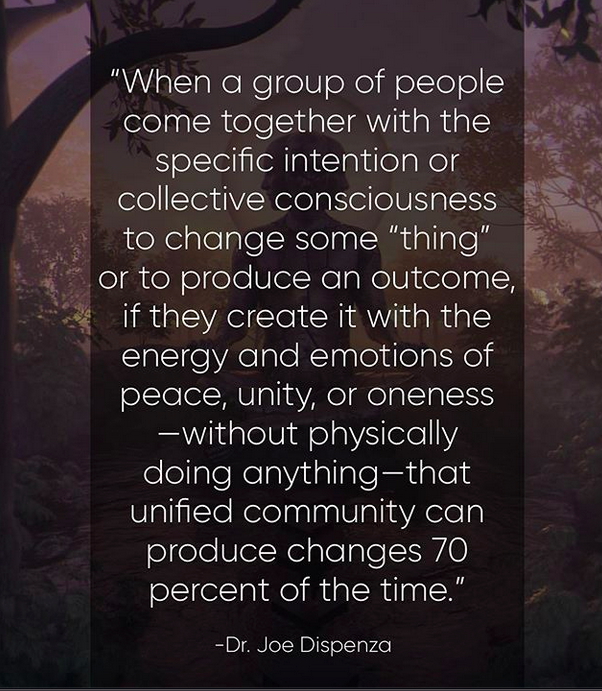 “Wherever two or more souls come together, in harmony and rhythm with the Energy and Frequency of the I AM, there I am and I AM will be. I AM will be there, among them and within them. They will resonate with the true Self, achieving a higher state of awareness, consciousness, and love. They will entangle with the I AM- the Self behind, within, and among their self.”

The Pear Program’s research, at Princeton University, has confirmed that two persons in a loving bond, connected heart to heart, have stronger energy influences that persons working together who do not share this type of “love” or power of “resonating energy bonds”. “ They point out that the recipe for the  [Life-force] energy influence… is also the recipe for any form of love: the surrender of self-centered interests of the partners in favor of the pair.” - The Heart’s Code by Paul Pearsall, Ph.D. pg.46

[1] G1063 gár, gar; a primary particle; properly, assigning a reason (used in argument, explanation or intensification; often with other particles):—and, as, because (that), but, even, for, indeed, no doubt, seeing, then, therefore, verily, what, why, yet.

G1510 eimí, i-mee'; the first person singular present indicative; a prolonged form of a primary and defective verb; I exist (used only when emphatic):—am, have been, × it is I, was.

G4827 sýn, soon; a primary preposition denoting union; with or together i.e. by association, companionship, process, resemblance, possession, instrumentality, addition, etc.:—beside, with. In composition it has similar applications, including completeness.

G3326 metá, met-ah'; a primary preposition (often used adverbially); properly, denoting accompaniment; "amid" (local or causal); modified variously according to the case (genitive association, or accusative succession) with which it is joined; in the midst of.