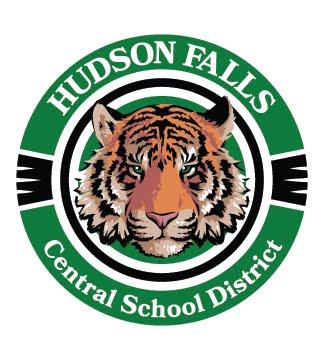 PLAN FOR SCHOOL-BASED PLANNING AND

On October 10, 1990, the Hudson Falls Teachers’ Association and the Hudson Falls Central School District established “A Framework for School Improvement” which provides for school-based planning and shared decision-making.  On March 27, 1992, the Board of Regents adopted Section 100.11 of the Regulations of the Commissioner of Education which requires each school district to have a plan in place by February, 1994 for school-based planning and decision-making which contains specific requirements specified by the regulation.

The enclosed revision is designed to keep the substance of the original Framework for School Improvement and bring it into compliance with Section 100.11. It is also intended to enable our decision making in a time of new standards, assessments, and requirements.

Statement of Purpose and Issues

The Hudson Falls Teachers’ Association and District recognize the importance of involving teachers, administrators, parents, and support staff directly in the initiation, development, application, and evaluation of programs and ideas aimed at improving student achievement. The parties also recognize the need to develop strategies based upon a needs assessment; revise, analyze and evaluate those strategies; develop an information network upon which to make informed decisions; and be responsive to student, teacher, and administrative needs within the limits of building authority.

The Superintendent of Schools (or his/her designee)  and the Association

President will periodically review this plan and resolve issues when deemed appropriate and necessary. Periodic review will occur at least once a year.

Each SDM meeting will include a reporting out by the HFTA Executive Board Member and Supt designee about any recent resolution of issues.

Manner and Extent of Involvement

1. To set district-wide improvement and/or performance targets with input from Building Teams (BT).

2. To review, analyze, and share Building Team Plans and the District’s Professional Development Plan (PDP) prior to Board of Education approval.

3.         To facilitate, initiate, and monitor a school improvement and/or performance process through shared decision-making.

4.         To provide leadership in energizing and revitalizing the school district and to facilitate district-wide communication.

5. To maintain the integrity and spirit of the school improvement and/or performance process in a changed context.

6. To act as a review* board for building proposals that impact on the district.

7. Prior to the beginning of each school year, all DSDMT members will participate in training for the implementation and practice of and planning for Shared Decision Making at the district level.

*Review means to offer constructive criticism and suggestion to strengthen a proposal.

All decisions shall be reached by a consensus of the District Shared Decision-Making Team (DSDMT).

Consensus is a general agreement resulting from a systematic group decision – making process.  This means that all participants support the decision, although one or more participants may have reservations, but the Committee as a whole can “live with” the decision.

A process for consensus building will be developed and followed by the DSDMT.

We have agreed to use a Fist to Five approach for quality voting. When a proposal is brought before the BT, it will be well discussed and refined as needed before a vote is taken.  The following scale will be used in our rating of proposals.

0 - I vote NO. I object to this decision and will block it.

1 -  I don't like this. I think there is more work to do on this proposal.

A simple majority will be used in this process.

DSDMT Composition and Method of Selection

Length of term for teachers, teacher aides, teaching assistants, SRP and parents will be three years. In the event that a BT chair relinquishes that position, he/she can fill the role of designee.

1.   Recommend for building approval, strategies aimed at reaching the improvement and/or performance goals to be submitted to the DSDMT for approval.

as a result of the school improvement and/or performance plan.

3.        Be responsible for sharing information to stakeholders in their building and the DSDMT group and discuss the building updates to the PDP.

4.        Be responsive to student, parent, teacher, administrative, and support staff needs (for example staff development, surveys, elections, votes on building issues and other issues which contribute to a positive building environment).

The authority of the building team shall be the same as the person on the team with the most authority (principal), provided consensus is reached to exercise that authority.

Matters requiring authority beyond that of the building principal may take the form of recommendations to the Superintendent of Schools.

No part of this plan will override the authority of the Superintendent and/or Board of Education as established by Education Law and NYSED Commissioner’s Regulations.

*Meetings will consist of designated members.  Guests should be approved 24 hours prior to the meeting and added to the agenda.

If there are openings to BT and there are no nominees, a volunteer will be sought. If there are more volunteers than openings on BT, the selection process will be followed.

Nomination for HFTA BT members will be made by a HFTA member only at the faculty meeting in April.

Step 1: A member of the BT notifies the entire staff 2 weeks before the April faculty meeting for nomination for any open position on the BT.

Step 2: Next, the BT will create a paper ballot and hold a vote 1 week later.

Step 3: Once all votes are in, the BT members are announced.  They assemble during a joint (new and past members) May BT meeting and nominate representatives.  The BT will vote on the Chairperson/Co-Chairs during the June meeting of the newly assembled BT using a paper ballot to vote.

Step 4: Each member of the BT is expected to serve a 3 year term.  There are no term limits.  Incoming members are trained in their first year by members who are finishing their final year.

In the event of an unforeseen absence, a replacement member for BT will be appointed.

Middle School & High School (6-12):  Where possible a minimum of 1 teacher from each team (MS) and/or 1 teacher from each core content area.  Additional vacant seats will be filled by elected HFTA members. There will be 10 teachers from the M.S. & H.S.

Means and Standards for Evaluation

The Shared Decision Making Team is accountable for:

Each building level BT will establish and review annual goals.  BT Plans will be shared with the DSDMT at least twice per year.

DSDMT and the BTs will insure that all appropriate state and federal requirements for the involvement of parents in planning and decision-making will be coordinated and met by the overall plan.

This document may be altered upon recommendation to the Board of Education by consensus of the District Shared Decision-Making Team (DSDMT) provided each building committee receives notice of a proposed change at least 30 days in advance and has the opportunity to react to the proposed changes.

This plan will be reviewed at least once every two years in accordance with Section 100.11 of the Regulations of the Commissioner.

This procedure is established to resolve disputes arising from alleged violations of the Plan For School-Based Planning and Shared Decision Making.  In its deliberation, the Dispute Resolution Committee needs to be guided by the intent of the plan, which is to improve student achievement. Additionally, the Dispute Resolution Committee will not replace grievance procedures available in employee contracts nor traditional avenues used by parents to communicate concerns to the school district, i.e., contacts to administrators and teachers.

To insure that disputes regarding the school improvement process are resolved in a timely and efficient fashion at the most appropriate level, the following procedure will be used by the District Shared Decision-Making Team (DSDMT):