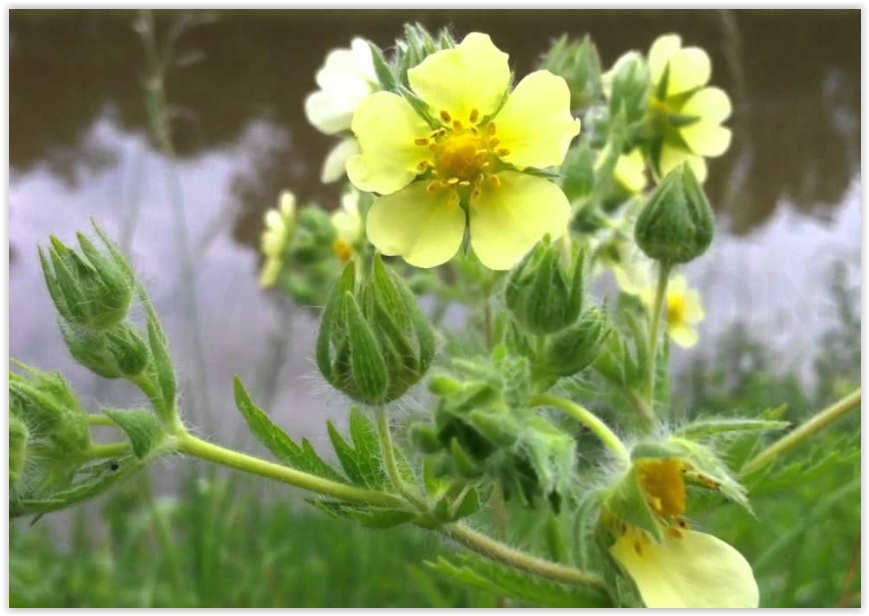 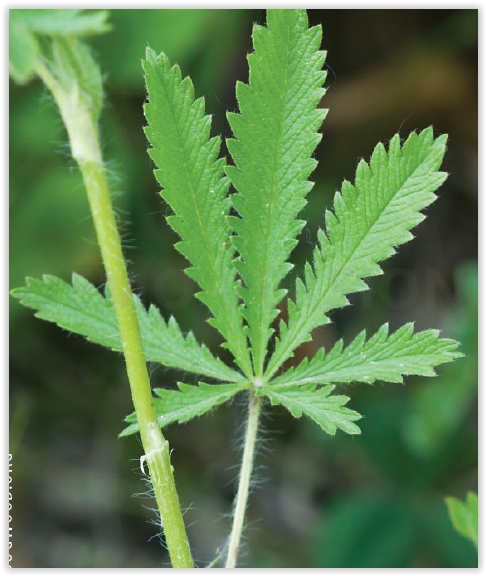 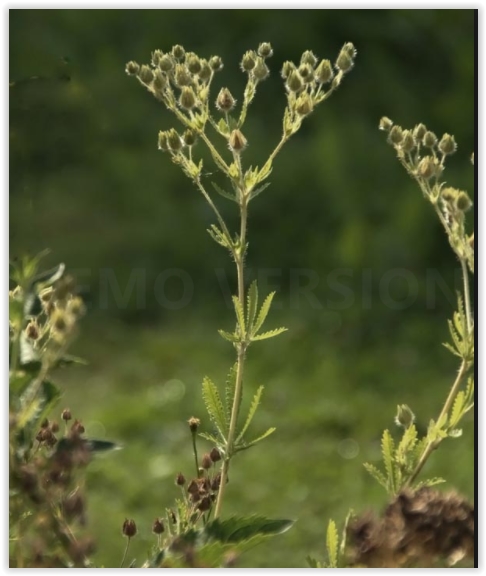 Cinquefoil is a perennial species with a woody taproot, marijuana-like leaves, and yellow flowers. The stems can grow between 1 and 3 feet and have soft white hairs. The flowers have five petals and are produced the entire growing season (May through July).

Marijuana-like leaves and hairs on the stalk of the plant.

A herbicide that controls cinquefoil is 2,4-D. For more information and mixing instructions on herbicides read the labels or contact the SCWP office.

Tiling an area may also help keep it at bay.