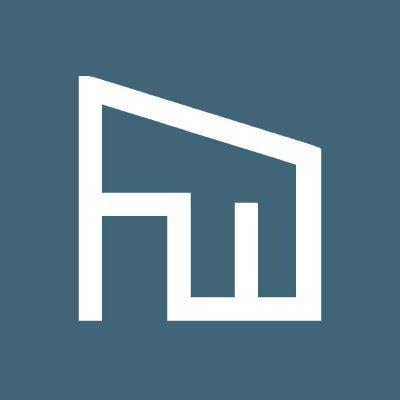 Building an umbrella organization -- and for myself a "base node", and 'shingle' to hang out as professional affiliation/title -- to support various projects I and collaborators work on. In housing advocacy, activism, research, and development of housing alternatives such as cooperatives, tiny houses, cluster housing, movable & modular housing, self-build, etc.

Developing a non-profit entity which can accept tax-deductible donations, apply to funding sources such as foundations that may require non-profit status/sponsor, etc.

Notes on building cross-channel / cross-network community, copied in from a text conversation with friend:

"reminds me, something I've been interested to do for a  while, have occasionally experimented with, that this [Housing Alternatives Network] may be good candidate/oppty for, is building community or network that bridges between different media channels, e.g. email, SMS, Facebook, Twitter, chat apps.

coming from the observation that each media/channel tends to have certain demographics it engages more or mostly.

if you build community heavily on one platform/medium, there tend to be communities and demographics really left out.

so I'm curious e.g. how and how viably one could develop community dynamics that bridge between email and FB, Twitter, Discord, or SMS.

of course, building community at all is quite hard, so maybe one shouldn't complicate it. Otoh, maybe this could be a new effective angle for doing it.

It's like Clay Shirky said in "Ontology is Overrated" essay: the movie people don't really want to talk to the film people.

[As background: for the last few years, I've been managing the Village Collaborative group on Facebook, which was started by Andrew Heben (founder of SquareOne Villages, Eugene) in 2014 to accompany his book, Tent City Urbanism. It has grown a lot, now about 1900 members. Also I've been an active participant or part manager of various listservs going back many years, and in the last 1.5 years, developed and have managed email/web forum PDX Shelter Forum, which has about 300 members]." 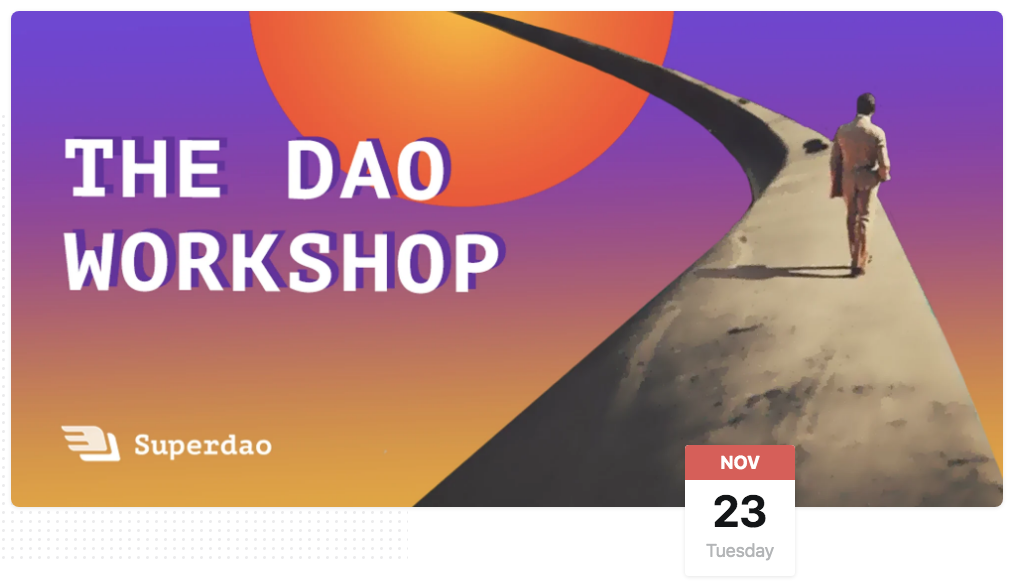 "I have several DAO projects, including Everyone Village (https://everyonevillage.org), a new shelter and low-cost housing village for the houseless in Eugene, Oregon. We'd like to invite and share contributions among a wide range of contributors & participants -- from investors to people unhoused -- and evolve the project into a formal cooperative."

Some follow-up notes from email thread with Yury:

"​​The ideas you offered for my project idea were I think really on-target and helpful:

https://www.pure.ed.ac.uk/ws/files/149925181/Nissen2020UbiquityTangibly.pdf.  [reporting on a workshop at the ACM conference Designing Interactive Systems (DIS) in Edinburgh in 2017].

create adjustable/movable map of different stakeholders using magnetic pins on a magnetic whiteboard sheet that would treat people, organizations and things as equal nodes in a network

The distributed network for a Housing DAO included entities such as clients, contractors, service providers, architects, manufacturers and councils who, as partners, all own stakes in the product (the housing) but the product belongs to itself, with partners forming smart contracts with instances of a product. I

Everyone Village - Eugene, Oregon. (Tim is advising/consulting to this new houselessness-response organization and housing village).

In early 2019, the leaders of Housing on Merit, alongside several partnering organizations from throughout the housing and community development ecosystem formed The Housing Innovation Collaborative, the nonprofit coalition dedicated to showcasing, incubating, and implementing new policy, finance, and technology solutions to the housing affordability and homelessness crisis.

Housing on Merit (HOM), Los Angeles, is a 501(c)(3) nonprofit organization, and our mission is to create a bridge to permanent affordable housing for vulnerable populations. HOM is a co-developer of numerous bond-financed and government-supported multifamily housing projects, many of which benefit from allocations of federal low-income housing tax credits. 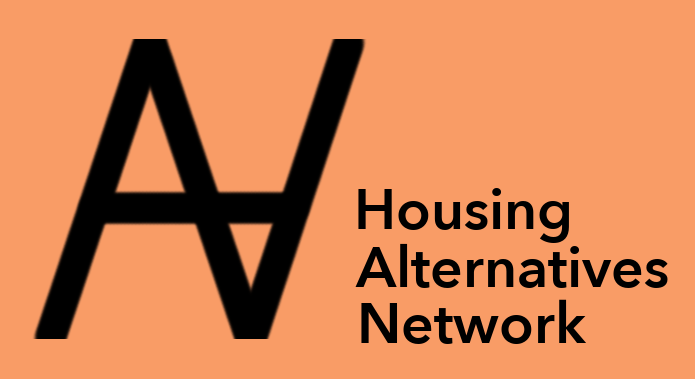 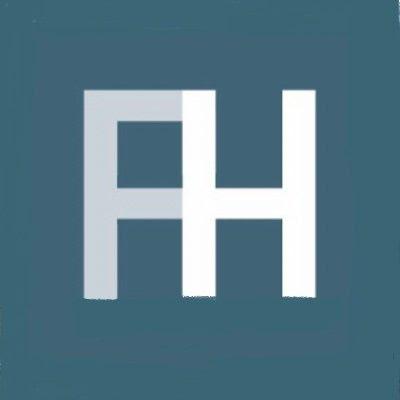 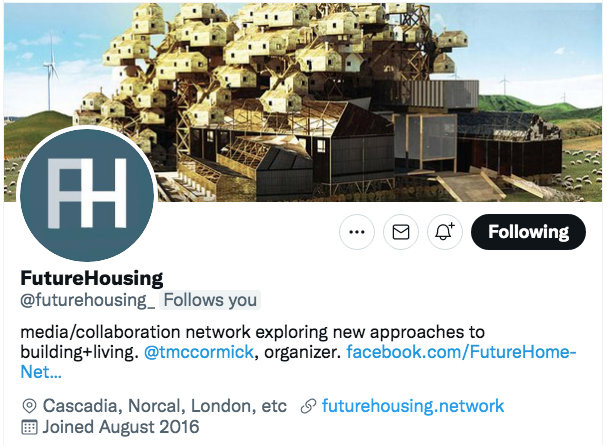 Ahn = a N. German topographic name from 'an' (stream or fen). 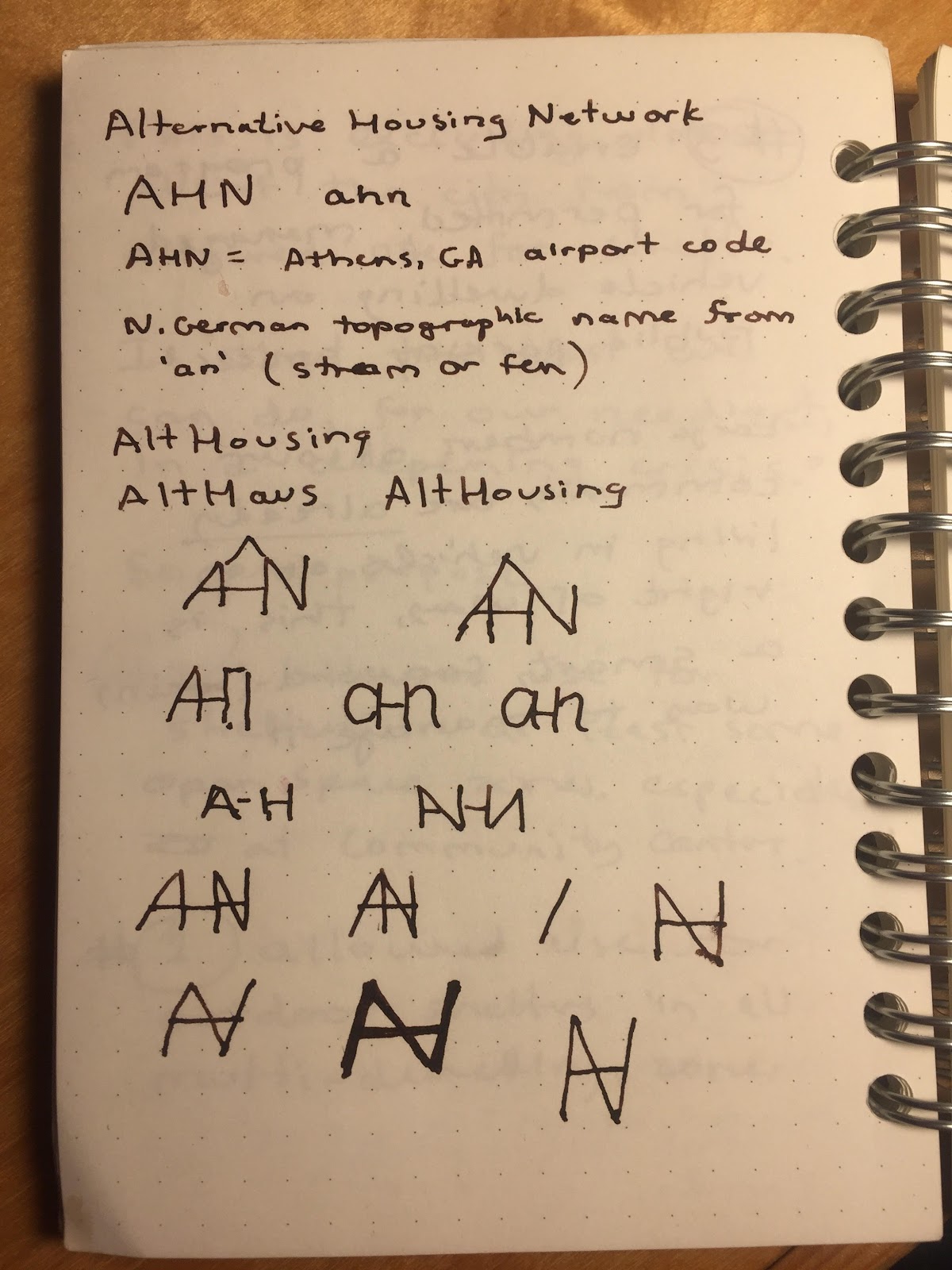 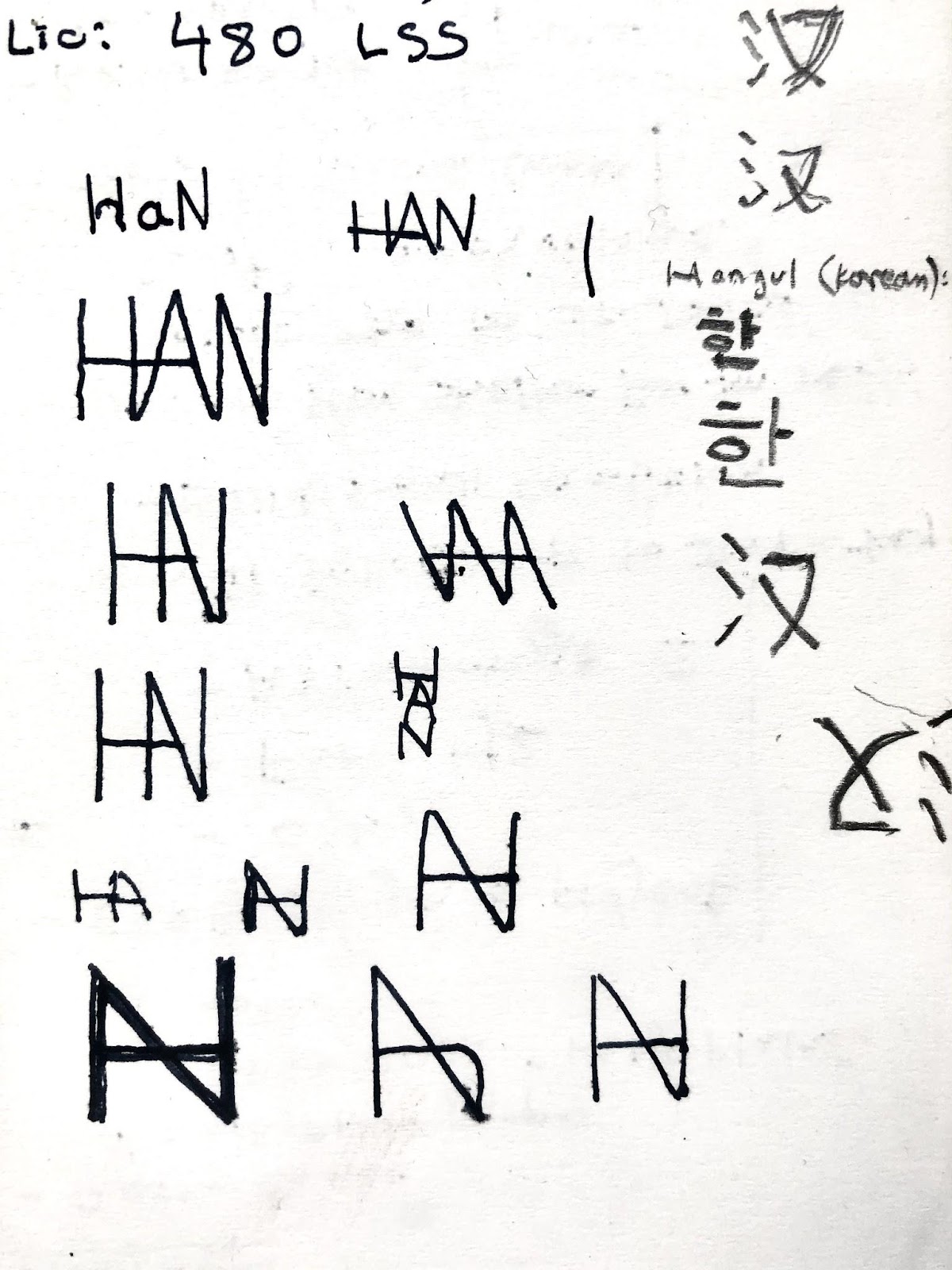 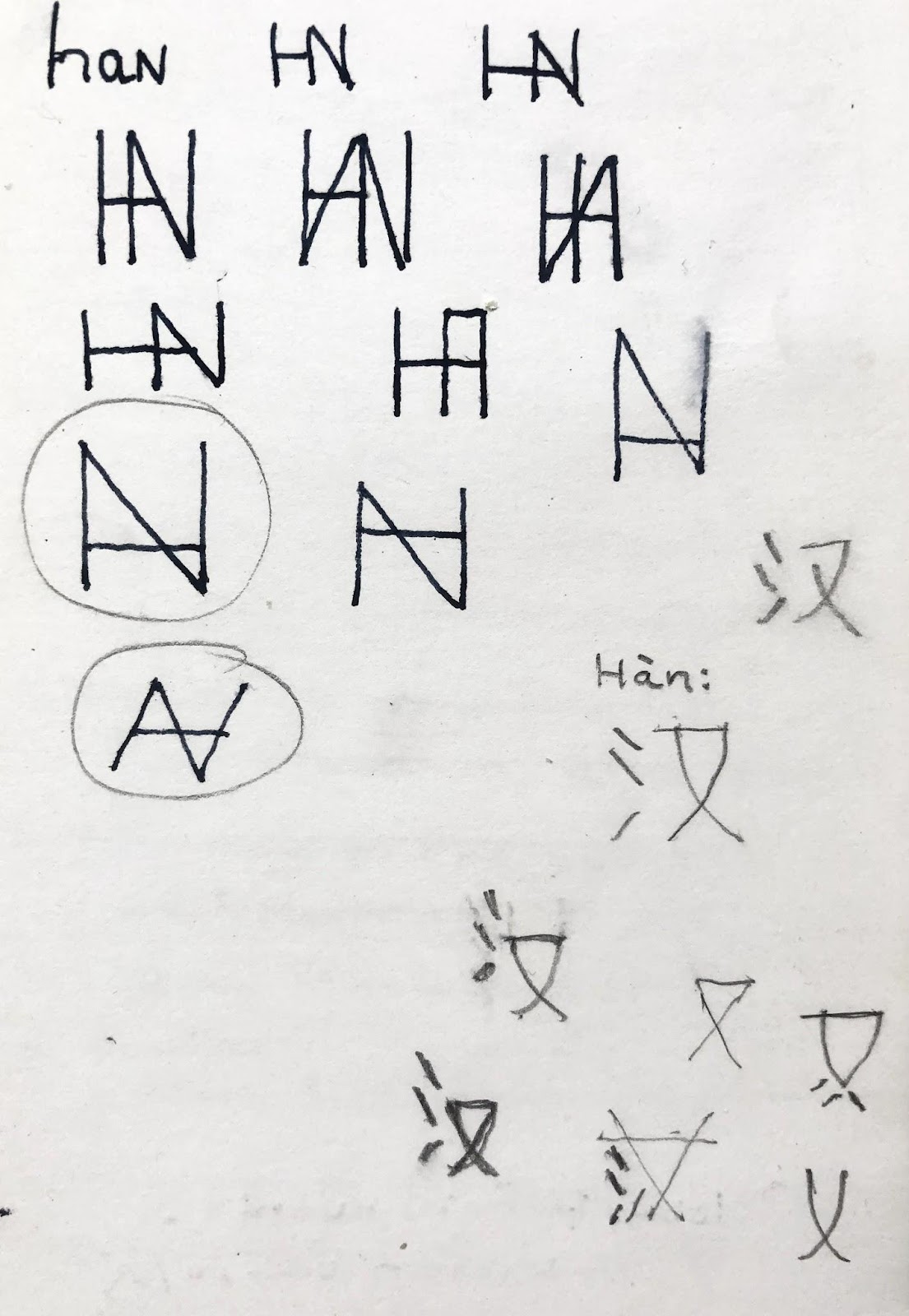 For inspirations on what I might hope to achieve with a group/network like Housing Alternatives Network, see this thoughtful appreciation of great scholar of poverty and social policy, Michael B. Katz. (1939-2014), from a former student, Merlin Chowkwanyun.

"Katz as conduit. Katz felt that if you were going to be useful to people other than academic historians—activists or otherwise—you had to reach out and initiate dialogue with them, not just talk in History Speak to fellow historians. That commitment began with his own books, loaded with cross-disciplinary citations to—and extended in-text engagements with—legal scholars, demographers, sociologists, political scientists, geographers, and others from so many fields.

"But beyond the scholarship, it extended to the University of Pennsylvania campus. Katz was always telling us students go see this person in the School of Design or that person in the School of Social Policy and Practice. But even more important were the folks outside campus altogether, many of whom would come to the urban studies seminar many of us took. These included people from the mayor's office, Philadelphia nonprofit organizations, the city's immigrant welcoming center, and many others. I most admired Katz's willingness to invite to the seminar—and engage with—those with whom he did not share much ideological or political common ground.

"the big thread here is that Katz was more of an activist than he might've thought. Like all great multigenerational activists, he mentored those subsequent generations but without condescension, realizing they needed to grow, make mistakes, sometimes act foolish, and ultimately shape their own academic and activist self-understandings and roles.

"Like all the best activists, he existed in a wide network of people—some like-minded, some not so much. And finally, like the activists with the most staying power, he was intellectually adaptive, constantly rethinking, refining, critiquing, and even disposing his own assumptions. Reflexive, mentoring, connected, dynamic—Michael Katz academic and Michael Katz activist were all these things."

In the Shadow Of the Poorhouse: A Social History Of Welfare In America. (originally 1986, 2nd edition 1996).

¹ all of Andreessen Horowitz, venture capital company based in Menlo Park, CA, a major backer of blockchain-related ventures.

https://www.pure.ed.ac.uk/ws/files/149925181/Nissen2020UbiquityTangibly.pdf.  [reporting on a workshop at the ACM conference Designing Interactive Systems (DIS) in Edinburgh in 2017].