REPORTS ON LIGHTS FOR LEARNING SOLAR PROJECTS IN ZAMBIA.

Lights for learning is a British based charity organization which was founded by Mr. Roger Mugridge, the founder designer solar lights which are later donated and installed in various schools in Africa. Solar installation is mostly done in schools which are not connected to the national grid. The charity mobilize its resources for the solar projects by sourcing founds from the British communities and its major founders Halcrow Foundation. The charity has extends its aids from Europe to African countries such as Kenya, Zimbabwe and Zambia respectively. The vision of the charity is to improve education system and to enable the pupils to prepare for their exams adequately and to avoid dropout which may lead into child marriages. 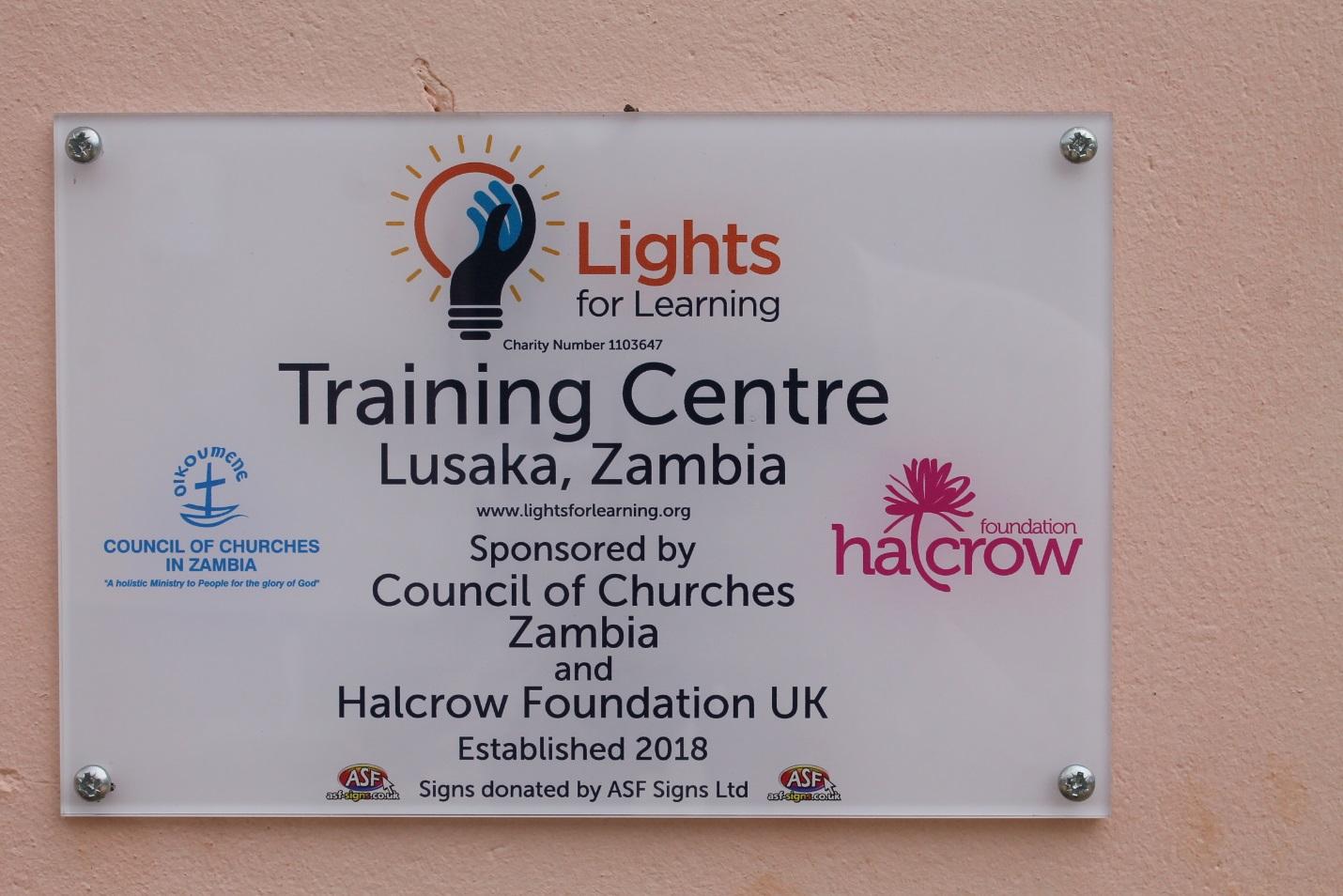 The main objective of the charity organization is to empower youth with surviving skills and prepare pupils for their exams adequately through studying during the night using the provisional of solar lights. Also promotes evening adult education and reduce adult illiterate which is one of the major challenges in Zambia especially in the rural set up.

3.  PARTNERSHIP COUNCIL OF CHURCHES IN ZAMBIA AND LIGHTS FOR LEARNING

Lights for learning and council of churches in Zambia came into partnership in 2018. The Council of churches in Zambia is a non-profitable Christian organization with its co values based on Christianity and ecumenism, it also provides social services such as education health and shelter to the need in society. The partnership which enhanced the education sector especially in schools which are not connected to the national grid.

During the partnership lights for learning conducted a solar power installation training with two (2) members of staff, namely Allan Nyangu and Justine Zulu to teach them how to assemble and install solar equipment’s. The training which took five from 9th – 13th April 2018 was manly focus following topics: solar soldering, use of tools and safety in engineering. Furthermore the organization extended the training from 16th to 20th April 2018 which also included other six students, three (3) girls and three (3) boys as new trainees. 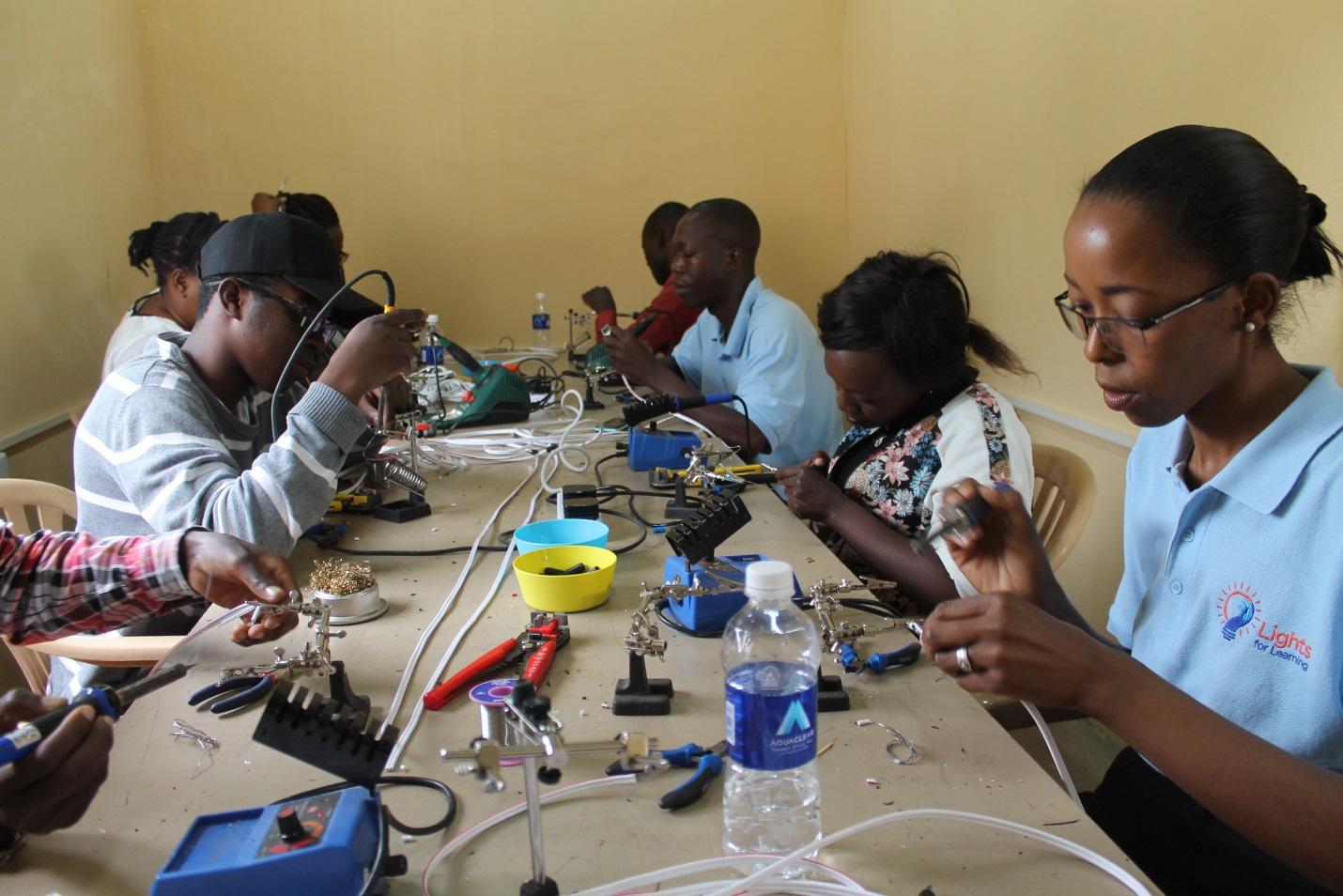 The training went well and the all entire students who were in attendance were awarded   completion certificates in the following courses: 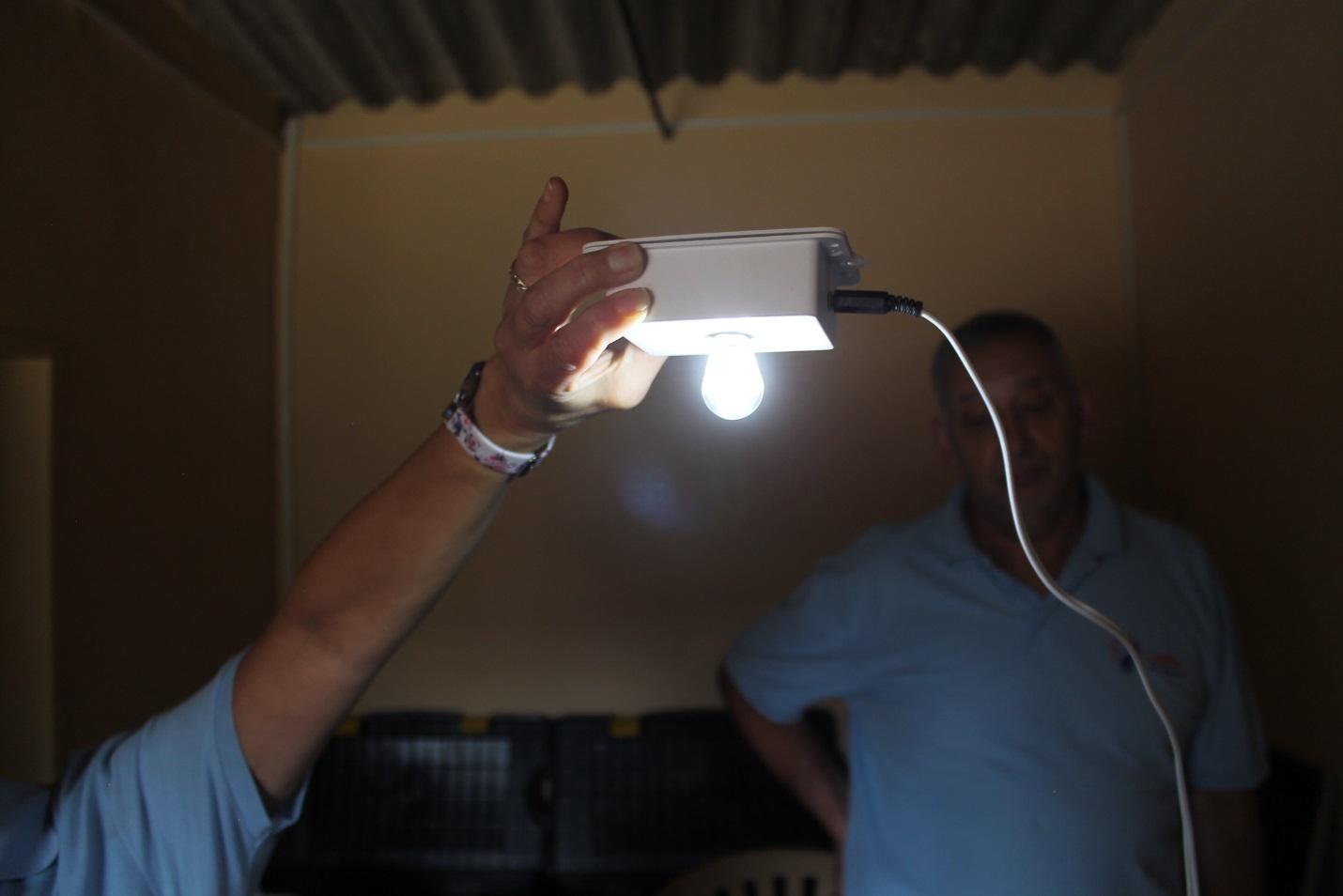 Demonstrations to the learners

After the completion of intensive training, the team which included Roger, Margret, Justine and Allan were assigned to go to Serenje, Northern part of Zambia to install solar lights in two different Schools namely Teta and Kapamba Primary School respectively. The project went very well and the two (2) trainees where very excited to see the outcome of their first solar installation project.  The table below shows the project description. 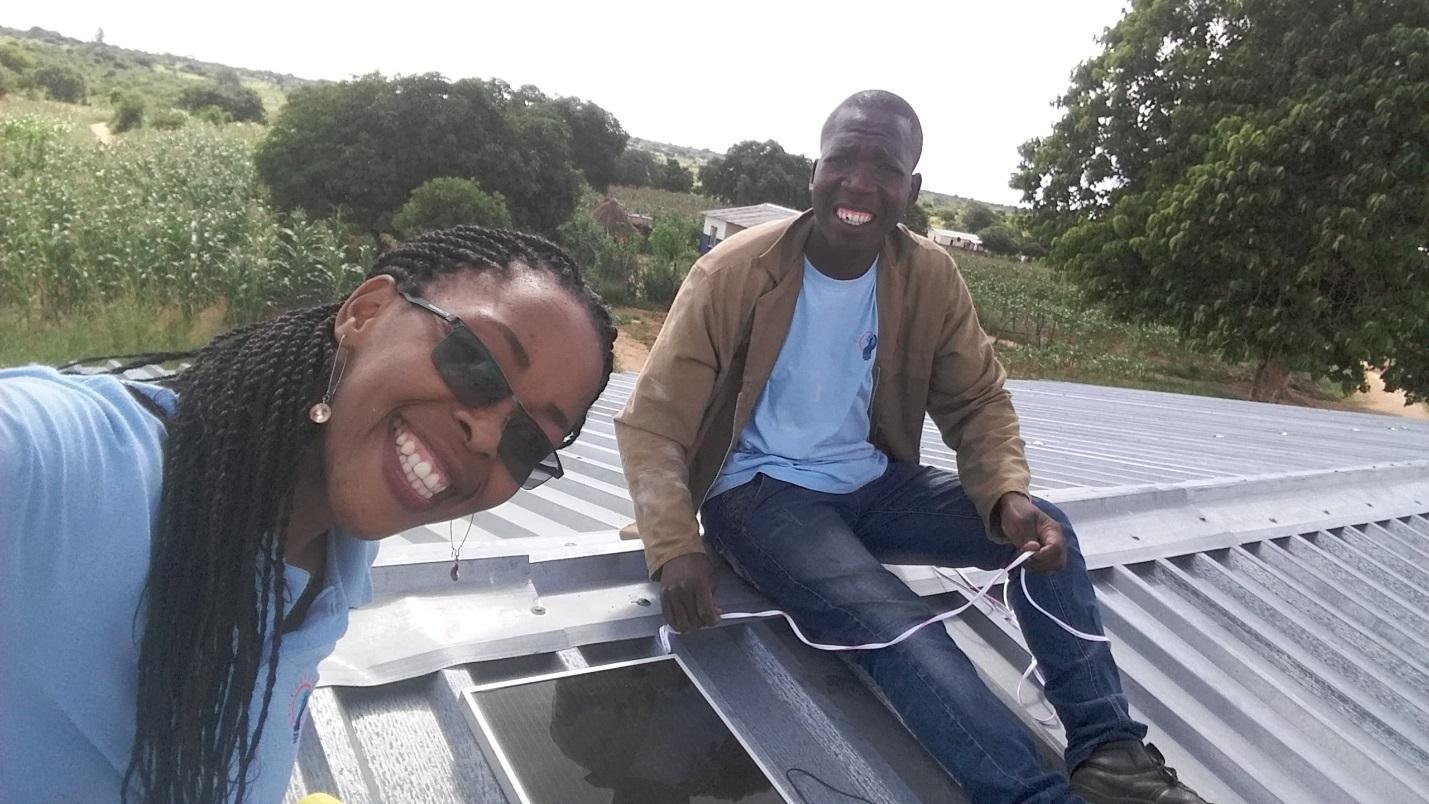 The second trip was on 10th February when the team went to Chongwe Eastern part of Zambia for the second project at Kakumba primary school. The description was to install solar in three (3) classroom and one (1) staff rooms.

The third trip was on 19th February 2019 in Southern province. The team was assigned to install sola power in two schools namely, Bole Secondary and Kakempa Primary School respectively the trip which was accompanied by the provincial education secretary and the lights for learning team. The project went well and people where exited to see lights coming on. The school head teachers were very pleased and highly recommended the charity for their good works. 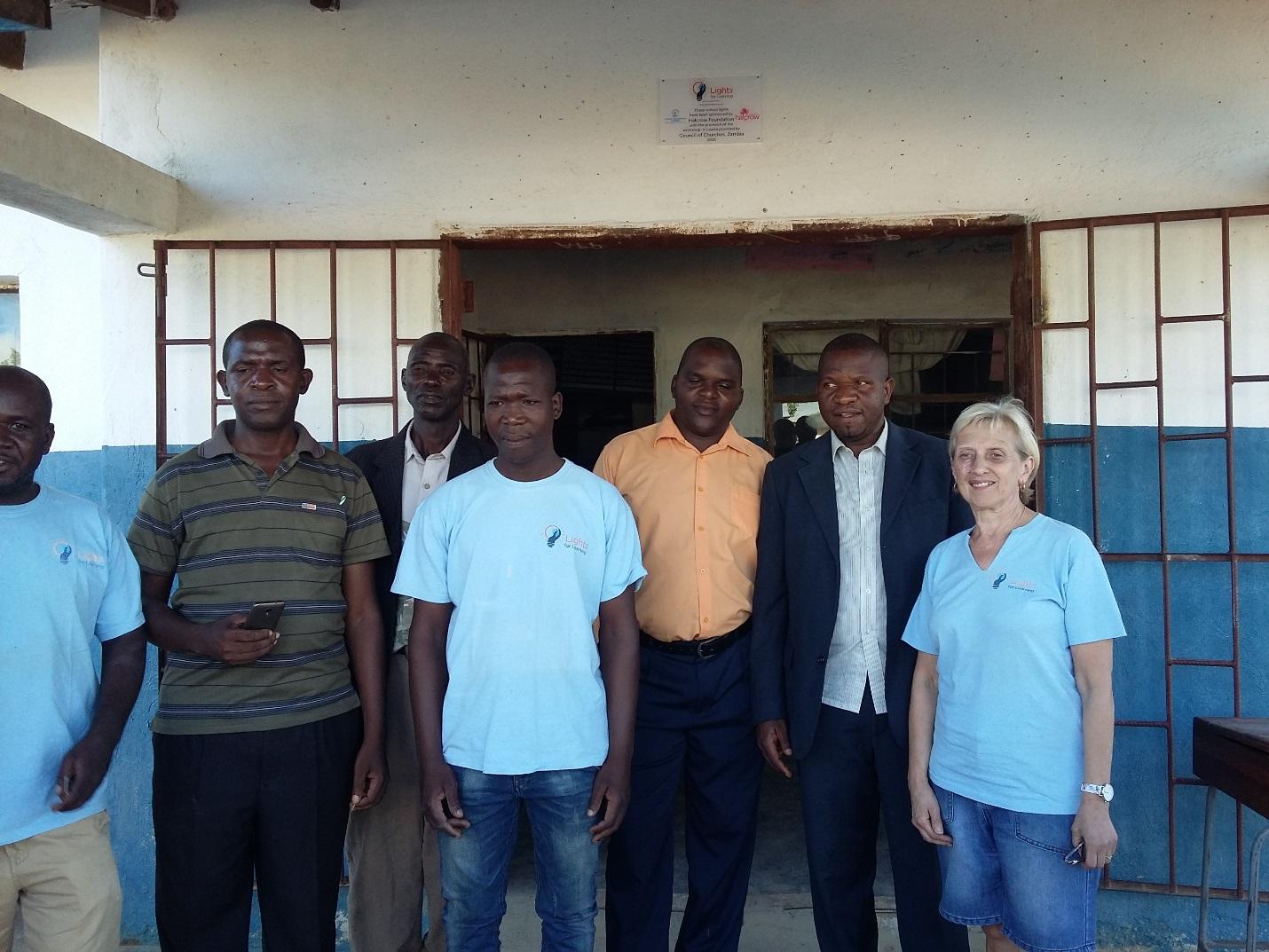 Following the installation of solar lights in all five (5) schools the project had greater impact on the learners and the committee at large. The project has caused the passing rate for grade 7 and 9 pupils who had sat for November /December 2018, exams to go up from 40% -75%, also some schools had started enrolling evening classes the exercise which has exited the district commission as while as the tradition leaders in the areas where  solar installed. 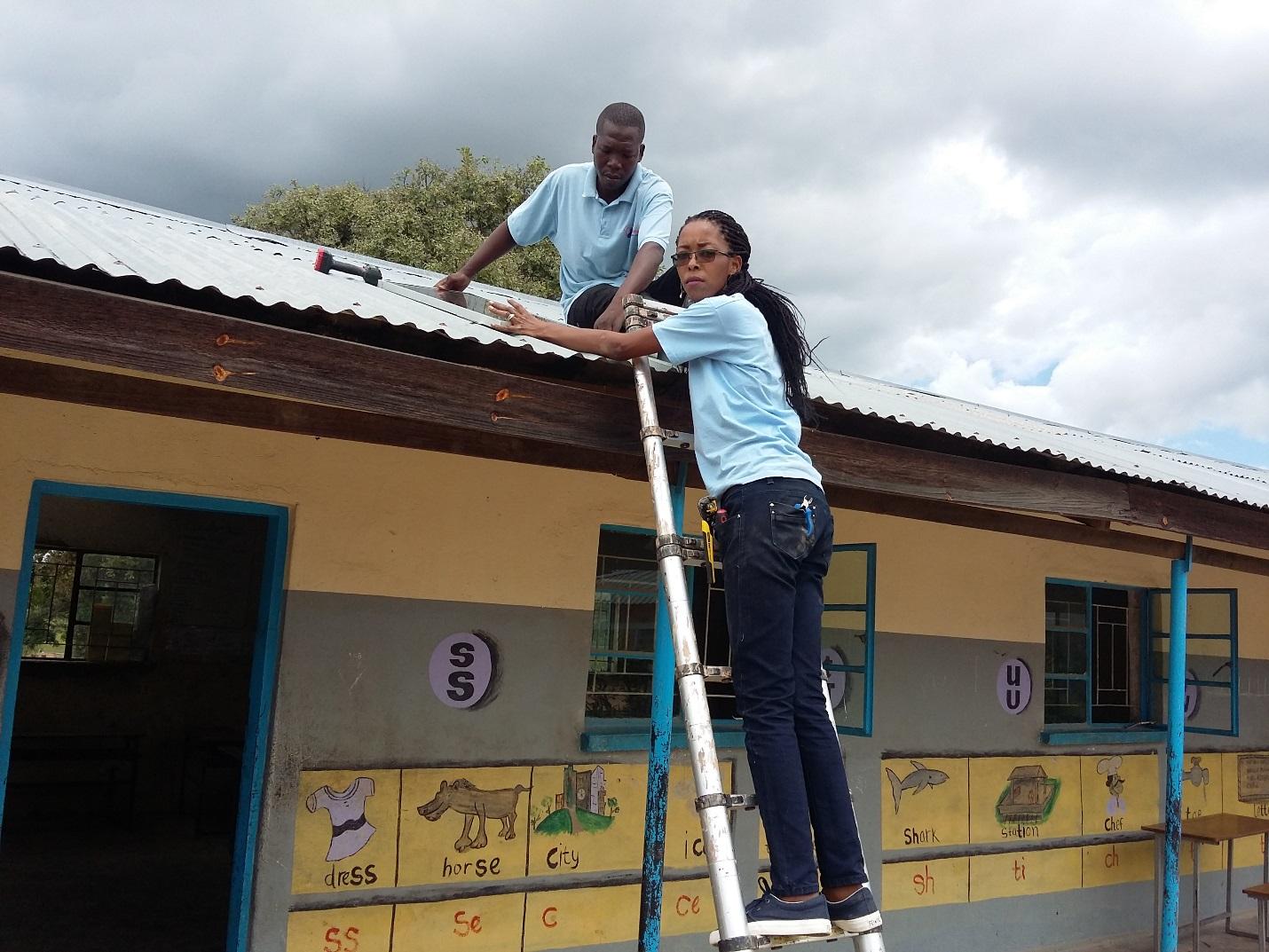 During installation of solar lights, lights for learning team had met minor challenges, which were mainly faults on the cables and jack sockets, the faults could interrupt the flow of power from one section to other section of the circuit. However due to diligence, strong team work and taking up responsibility to mitigate the challenges, our team leaders Rodger and Margret would quickly came in and locate the faults and electrify to ensure the circuit works in its desirable states. However as students the challenges strengthen our understanding and taught as how to take responsibilities.

May I recommend by urging the Organization to consider engaging more partners to come on board so that we increase the number of schools which are affected with the similar challenges. I believe if we have more partners will have enough funds and cub the vise. 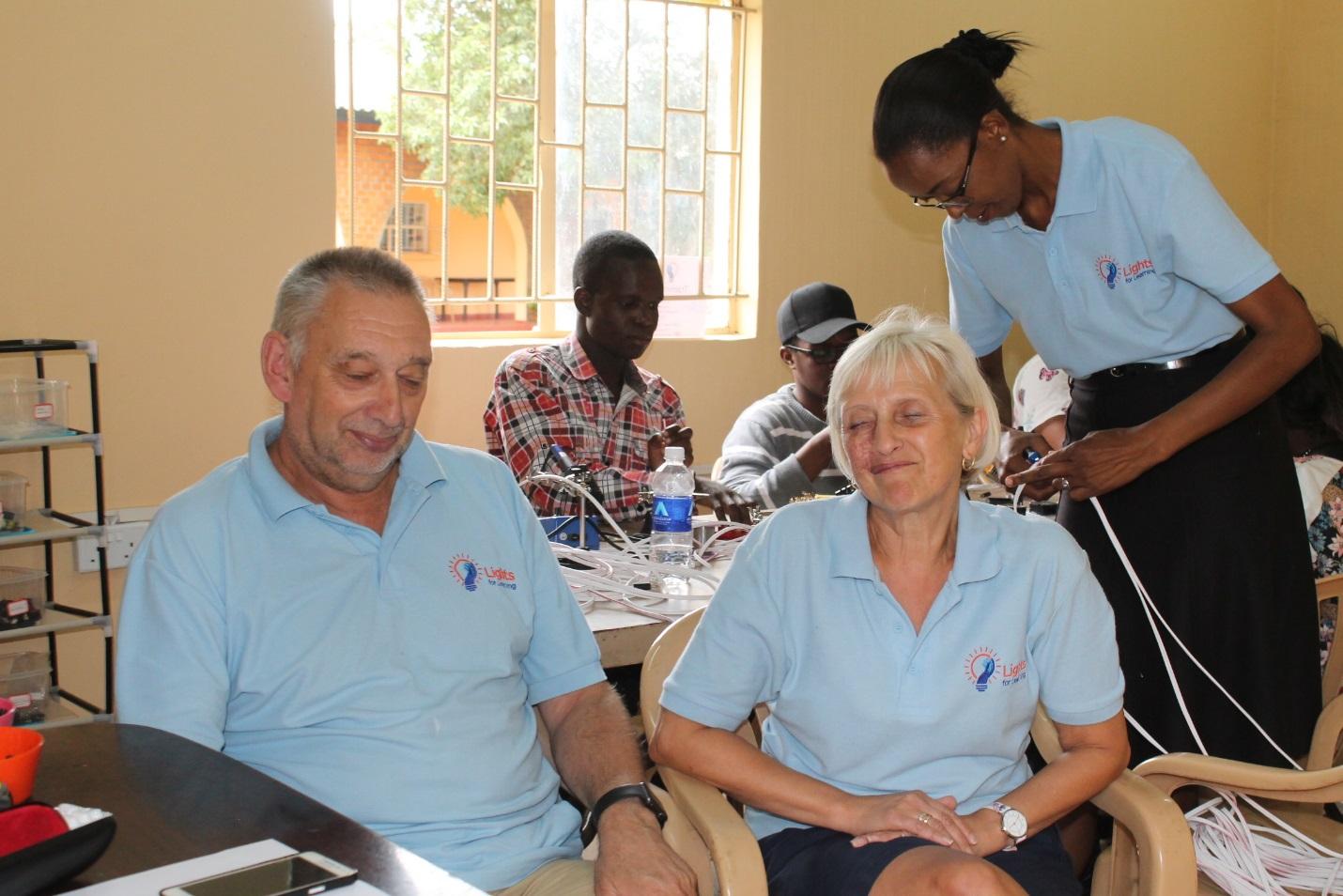 As I conclude allow me to thank you most sincerely lights for learning charitable organization for acquiring me an opportunity to work with them and the knowledge in solar electrical engineering which they have empowered me with.  Also let me thank all the funder who have been funding the projects.