In this episode, Leo and Erik talk about Atomic Habits by James Clear.

Music by Max Sergeev from Fugue

I have read many self-help books. I have never found a book so condensed with information. This is a book I found with many takeaways and lessons. I can tell this is a book James had been working on as a series of blog posts but had successfully made those blog posts into an actual book which each piece connected much better than the other. I compare this to Derek Sivers book on which felt much more disconnected. (It had great elements but there was as much cohesion as this book). This book is filled with so many lessons - many I practice without thinking (and I have talked about on the podcast) but this book explains them so clearly.

This book is phenomenal and I agree with Leo: it’s very nutrient dense. The information is organized in a hierarchical way that makes the high-level process easy to remember and serve as reminders for all of the little details as well. I also greatly appreciate the vast amount of short, practical analogies and examples. The examples weren’t all relatable, but they were short enough that I didn’t feel alienated by them.

The supplemental material offered with the book purchase is great, too. Cheat sheets, templates, Q&A, bonus chapters... I’ve never read a nonfiction book that got me so geeked to apply the lessons and use the extra tools. And while some of the concepts from the book tend to come more easily to me than what I see of some of my peers, I’m still eager to try the approach to both break a habit and adopt a new (good) one.

Your outcomes are a lagging measure of your habits.

A one-degree shift, seemingly no different from the temperature increases before it, has unlocked a huge change.

In the early and middle stages of any quest, there is often a Valley of Disappointment. You expect to make progress in a linear fashion and it’s frustrating how ineffective changes can seem during the first days, weeks, and even months. It doesn’t feel like you are going anywhere. It’s a hallmark of any compounding process: the most powerful outcomes are delayed.

Complaining about not achieving success despite working hard is like complaining about an ice cube not melting when you heated it from twenty-five to thirty-one degrees.

2: How Your Habits Shape Your Identity (and Vice Versa)

4:The Man Who Didn’t Look Right

“Does this behavior help me become the type of person I wish to be? Does this habit cast a vote for or against my desired identity?”

3: How to Build Better Habits in 4 Simple Steps 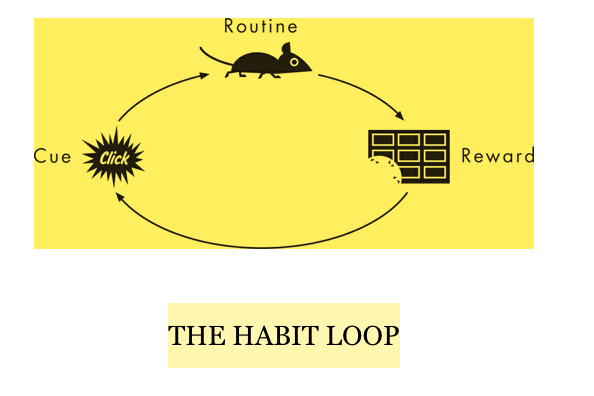 The argument goes like this: “Will habits make my life dull? I don’t want to pigeonhole myself into a lifestyle I don’t enjoy. Doesn’t so much routine take away the vibrancy and spontaneity of life?”

.Habits do not restrict freedom. They create it. In fact, the people who don’t have their habits handled are often the ones with the least amount of freedom.

How does this compare with Power of Habit

5:The Best Way To Start a New Habit

people who make a specific plan for when and where they will perform a new habit are more likely to follow through. Too many people try to change their habits without these basic details figure...

10:How to Find and Fix Causes of Your Bad Habits

One person might learn to reduce stress by smoking a cigarette. Another person learns to ease their anxiety by going for a run.

Reframing your habits to highlight their benefits rather than their drawbacks is a fast and lightweight...

These little mind-set shifts aren’t magic, but they can help change the feelings you associate with a particular habit or situation.

Sometimes motion is useful, but it will never produce an outcome by itself. It doesn’t matter how many times you go talk to the personal trainer, that motion will never get you in shape. Only the action of working out will get the result you’re looking to achieve. If motion doesn’t lead to results, why do we do it? Sometimes we do it because we actually need to plan or learn more. But more often than not, we do it because motion allows us to feel like we’re making progress without running the risk of failure. Most of us are experts at avoiding criticism. It doesn’t feel good to fail or to be judged publicly, so we tend to avoid situations where that might happen. And that’s the biggest reason why you slip into motion rather than taking action: you want to delay failure.

If motion doesn’t lead to results, why do we do it? Sometimes we do it because we actually need to plan or learn more. But more often than not, we do it because motion allows us to feel like we’re making progress without running the risk of failure.

If you want to master a habit, the key is to start with repetition, not perfection.

It’s the frequency that makes the difference.

The most effective form of learning is practice, not planning. Focus on taking action, not being in motion.

12: The Law of Least Effort

I actually practice this. :)

You are more likely to go to the gym if it is on your way to work because stopping doesn’t add much friction to your lifestyle. By comparison, if the gym is off the path of your normal commute—even by just a few blocks—now you’re going “out of your way” to get there.

15: The Cardinal Rule of Behavior Change

16: How to Stick with Good Habits Every Day

20: The Downside of Creating Good Habits

Conclusion: The Secrets to Results That Last

Little Lessons from the Four Laws

One of the biggest productivity issues people have is the lack of ability to say no and be honest with themselves.

If you keep saying something is a priority but you never act on it, then you don’t really want it. It’s time to have an honest conversation with yourself. Your actions reveal your true motivations.

Finding healthy ways to relieve or subdue that temptation is important (i.e distraction)

This makes self-control ineffective because inhibiting our desires does not usually resolve them. Resisting temptation does not satisfy your craving; it just ignores it. It creates space for the craving to pass. Self-control requires you to release a desire rather than satisfy it.

The importance of making little changes.

it took me three months to get one thousand subscribers. When I hit that milestone, I told my parents and my girlfriend. We celebrated. I felt excited and motivated. A few years later, I realized that one thousand people were signing up each day. And yet I didn’t even think to tell anyone. It felt normal. I was getting results ninety times faster than before but experiencing little pleasure over it. It wasn’t until a few days later that I realized how absurd it was that I wasn’t celebrating something that would have seemed like a pipe dream just a few years before.