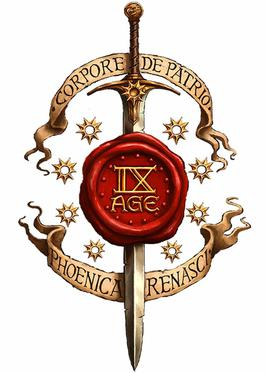 Fantasy Battles: The 9th Age, often simply called T9A, is a community made 28 mm fantasy wargame in which two armies meet in fierce battles to fight for survival and glory.

As a typical fantasy game you will find anything from mythical creatures, like ancient dragons or otherworldly demons, to hordes of undead creatures led by mighty wizards on the battlefield.

The most characteristic feature of the game is the way your troops are organised into (more or less) disciplined “Rank & File” regiments, which move as single units on the battlefield.

Founded in 2015 by a small group of people, the project was initially designed to specifically address the needs of tournament players. As of 2018, the project now involves nearly 300 members, all of them voluntarily using their own free time to improve and grow the community into something great.