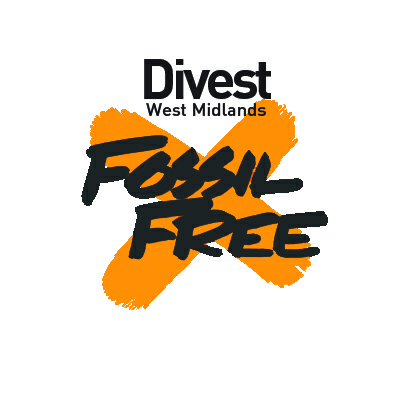 Response to the climate change statement

In September 2020, DivestWMPF and over 40 people from across the West Midlands wrote to the WMPF Pensions Committee calling on the fund to divest from fossil fuels. Letter writers received a statement from WMPF outlining the fund’s policy. This is our response to WMPF.

Divest West Midlands Pension Fund (Divest WMPF) would first like to thank you for your comprehensive climate change statement in response to our email. The Divest WMPF team and our supporters acknowledge the significant steps already taken by the Fund and its Managers in recognising the importance of tackling climate change. It is clear to us that the Fund understands how grave the impact of planetary warming is on the global population and the disastrous future it represents.

The Fund’s inclusion in the IICC and Climate Action 100 Plus initiative, amongst others, is evidence of the goals shared with Divest WMPF and of a commitment to the stated aim of aligning with the Paris Accord 2016: limiting warming to 1.5 degrees above preindustrial levels.

In responding to the Fund, Divest WMPF would like to first address some key points within the Climate Change statement:

‘The Fund continues to believe that engagement is more likely to lead to decarbonisation than a divestment approach. There is no evidence that giving up the opportunity to influence investee companies is likely to lead to superior environmental outcome.’

When looking at ‘engagement’ we cannot leave aside the historic role that fossil fuel companies have played in the production of carbon emissions, in the obfuscation and suppression of science, in the creation of thinktanks to invalidate and create uncertainty around causes of climate change, the denial of their involvement in it and then the billions spent on deliberately misleading advertising and lobbying against climate policy.[1]

The Fund states that: ‘LAPFF engaged with 170 companies in 2019’ and ‘Last year Hermes EOS has engaged with 141 companies on the matter of climate change’. It would be helpful to us if we could better understand the nature of that engagement.  Which are the companies that have been engaged with and what is their core business? Are all of the companies mentioned fossil fuel companies?

Further to this, on what basis is the ‘engagement’ being deemed fruitful? Can the Fund provide a few examples of successful engagement? For example, a measured reduction in CO2 emissions or investment in renewable technologies in alignment with the goals of the Paris Climate Accord or, ideally, the IPCC report of 2018. In what quantifiable ways has the behaviour of the fossil fuel companies changed as result of the Fund’s engagement?

And, crucially, on what basis will engagement be deemed to have failed? Again, can the Fund provide examples of where investment has been reallocated or withdrawn on this basis?

Divest WMPF is conscious of the fact that it needs to relay this information to members of the public invested in the Fund and, for this reason, it would be very helpful if the information provided could be in a form that is clear, simple and easily digestible.

‘We are pleased to see a number of oil and gas companies continue to step up their response to climate change. In February 2020 both Rio Tinto and BP pledged to cut their greenhouse gas emissions to net zero by 2050.’

It is true to say that BP has this year adjusted its business model to take account of the future threat of climate change. However, it is imperative that we look closely at the detail of that change and when we do, we can see that their pledge applies only to some of its practises and not others. For example, the changes do not include BP’s 20% stake in Rosneft which makes up 40% of the company’s oil production and 15% of its natural gas.

A report by the Transition Pathway Initiative (TPI), an organisation you cite in your statement, found that BP’s pledge would not cut the company’s emissions by the stated 50% but would in fact result in a reduction of less than 30% by 2050. The same report goes on to confirm that none of the major oil companies align with the Paris Climate Accord. All, on current pledges, will help to ensure that the planet does warm by more than the critical 2 degrees centigrade.

All of which raises the question: Is engagement the most effective route to achieving these shared goals of reducing emissions and safeguarding the future of the planet?

Beyond addressing the questions arising out of the engagement strategy, Divest WMPF would like to briefly list some of the evidence of the financial threats to the fossil fuel sector.

The WMPF Climate Change Statement 2020 clearly acknowledges the threat that the continued extraction and burning of fossil fuels poses to the planet. It does not explicitly state the financial benefits of retaining fossil fuel investments, but we must assume that there are some, at least at present. But in continuing to look ahead to threats posed, Divest WMPF would like to draw attention to where the future financial risk has been clearly recognised by major global institutions that have chosen to divest.

“The reason we sold some $150 million in fossil fuel assets from our endowment was the reason we sell other assets: They posed a long-term risk to generating strong returns for UC’s diversified portfolios.”

Overall, there is little evidence to suggest that a global portfolio invested to exclude fossil fuels would underperform one that included them and such a portfolio might avoid the volatility that is likely to affect the fossil fuel sector in the coming years. 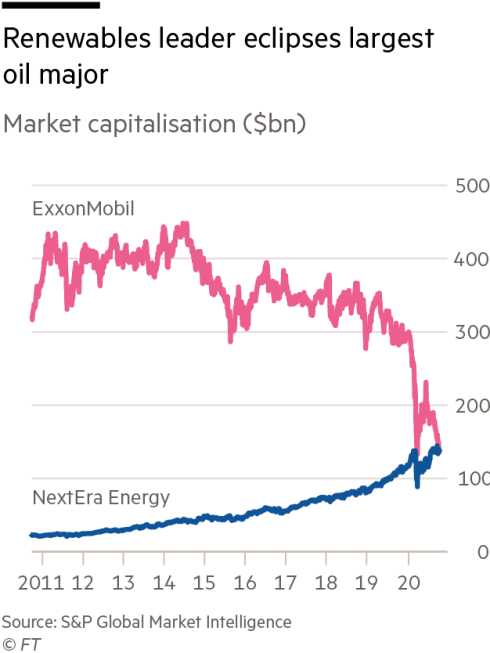 More broadly the fears about the future of the oil industry continue to mount and the impact on share prices is very much in evidence[5] [6]:

‘Both Exxon and Chevron are receding into the rear-view mirror of NextEra Energy Inc. The world’s biggest producer of wind and solar power has now surpassed the oil majors, leading a spectacular rally in power stocks as much of the world shuns fossil fuels to fight climate change.’

A recent report by Vivid Economics found that the UK government underwrites each job within the oil and gas sector to the tune of £250K. The G7 countries provided £70 billion worth of prop ups to the fossil fuel sector in 2016/17 and £80 billion in 2018. In 2016 the G7 countries pledged to phase out oil and gas subsidies by 2025.[10]

In the US a number of states, including Washington DC, Connecticut, Delaware, Massachusetts, Minnesota and Rhode Island have filed lawsuits against the fossil fuel giants. [11]

“The defendants violated the District’s consumer protection law by concealing the fact that using fossil fuels threatens the health of District residents and the environment.”

“a campaign of deception, orchestrated and executed with disturbing success."

“We were very conscious about fashioning this lawsuit as a traditional damages action, the only differences here are that the damages are catastrophic.”

"As this lawsuit shows, these companies have known for more than 50 years that their products were going to cause the worst flooding the world has seen since Noah built the Ark, and instead of warning us, they covered up the truth and turned our flooding problems into their profits.."

John Tecklenburg, Mayor of Charleston, US

Whilst we don’t yet know the likely impact of these lawsuits, the very fact that they are being filed is surely significant.

With Birmingham City Council and Dudley Council both voting unanimously to divest from fossil fuels, what account has the fund taken of their decision?  Isn’t the WMPF, in retaining these investments, swimming against a very rapidly growing, local, national and global tide of opinion that could simply leave it with stranded assets, in much the same way as the collapse of coal prices did for UK council pensions in 2015, with a loss £683 million?[12]

In a best case, Post Covid 19 landscape, fossil fuels companies will not get back to the same levels of consumption until 2021, or in a worst case, until 2024, according to leading management consultancy firm Mckinsey & Company.

The World Bank has stated that the energy sector was hardest hit by the current pandemic and  predicts glacial growth in the coming years:

“Because of COVID-19, the new normal for oil-exporting emerging and developing economies arrived earlier. In the post-COVID world, these countries need to be more aggressive in implementing policies to reduce their reliance on oil revenues.”

Divest WMPF appreciates that the institutional investor sector has been a major advocate and driver of change in this crucial endeavour.  We also understand that Divest WMPF and WMPF managers are hoping for the same results: a planet that avoids the worst effects of catastrophic climate change. But as environmental campaigners we understand the strength of feeling amongst the pension fund holders and see desperation for real, urgent change.

One simple fact remains: the majority of fossil fuel reserves cannot be put into the atmosphere. There is real power in investment and total investment in renewables needs to dramatically increase to replace the centrality of fossil fuels to everyday living. But with CO2 levels rising and the ill effects and costs from it mounting, instead of dragging a recalcitrant industry of reactionary companies and truculent state actors to comply with the needed reduction, should we not bypass them and redirect investments to solution based companies? Surely the pension fund holders’ preference would be for this rather than for investments that threaten the very futures they are saving for.