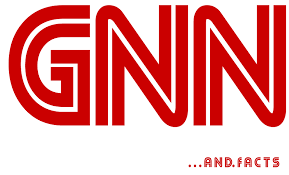 The events of the past seven years have accelerated so quickly that they feel like they have taken place in a mere six hours, as if from 10am in the morning to 4pm in the afternoon. But these rapid changes will have lasting impact on human history. As the US President noted, this is a generational change and not time for “little squabbles,” as a GNN reporter overheard her saying to the US Chief Scientist.

Calls grow for willing scientists to join the next delegation to the Conclave’s moon base, as a time is set for the next pick-up. The mission’s stated aim is to facilitate the free sharing of information and cooperation between the Concalve and the people of Earth.

Following a request by the Conclave for a copy of this newspaper, we are happy to announce the change of our network to cover our Galactic scope. To reflect these improvements in distribution, subscription rates will be rising by 20%.

Growing reports from Zimbabwe indicate that President Johannes Scmitt is close to developing nuclear capability. Schmitt claims the programme is peaceful infrastructure. Amid growing global tensions and burgeoning extraterrestrial contact, an anxious world looks to the UN to respond to this new potential threat.

US says asteroid impact is “definitely a concern for us” in understatement of the century. Think it’s an effort by Cousins. “Oh Jesus Christ” said US Chief of Defence, “everyone’s gone to Defcon 1”. “I GIVE UP” - Chief Editor - “The news moves too fast.”