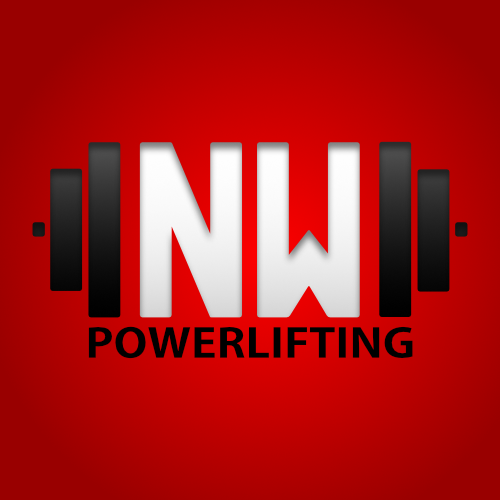 BE opened the AGM and thanking attendees.  Noting poor attendance.

Discussion re NGB status and likelihood of it being achieved in the next 2 years. What will be the benefit of it?  Largely related to drug testing.

The following reports were read:

Agreed to add proposed 2020 QTs on the NWPL website.  BP has not formally published these yet.

We had great sales on the All England merchandise.  SB did a great job with the design.

We could have a Christmas t-shirt and a 2020 design.  KC to liaise with SB.

Agreed to do t-shirts and hoodies.  LT asked for sweatshirts.  Agreed.

Referee exams now comprise a practical element.  YNE are organising a ref exam and I have a list of a dozen people waiting to take it once venue and date is released by Chris Godfrey.

Proposal: NWPL to reimburse British Powerlifting membership in retrospect for those that have refereed 5 sanctioned sessions throughout the year, i.e. referee 5x in 2019 and after the final sanctioned competition of 2019, receive reimbursement of 2019 membership fee.

2020 Calendar Approved. To be announced once dates confirmed by clubs.

The Minimum Standards document has been formulated and provided to the clubs.  This is largely being adhered to however the Exec continue to have too much involvement in franchised competitions.

KC has offered training on score sheets as this is an area identified where ownership needs to be taken by the franchising affiliate.  The new OpenLifter software is much simpler than the NextLifer excel sheet.  This should assist.

We have used this for select/popular competitions only.

Proposal to proceed on this basis for 2019/20.  The club comps have eased demand however priority entry for the more popular competitions does ensure volunteers remain encouraged.

Priority entry to be reinstated across the board.  Agreed.

Based on the feedback from All Englands, we should be able to run an equally high standard of competition for the Men’s British Championships.

KC proposing hiring a stage for platform.  We will look into this.

It’s been another good year for NW powerlifting, although this year our membership has not increased in line with the other divisions we continue to be revered for our organisation, communications and willingness to help each other.

I’d like to thank Kim Cowell for her tireless work for the division and for bringing onboard some excellent volunteers without whom we would not have been able to achieve as much as we have this year. I’d also like to thank Dr Rick Booth for his guidance on day to day issues where his rectitude and logical approach is always of great help and for keeping our finances in order. I’d like to thank all our officers and volunteers for their work this year.

The Men’s All England was the 7th national event we've held in the region since the GBPF(BP) was formed, it’s fair to say we’ve become quite accomplished at hosting these events now. I think what has been special about the last few events was the overwhelming support from volunteers which has allowed us to setup the venue quickly and run it to a high standard. We made some changes in as far as we policed access better and ensured that all spectators were paying, combined with an excellent shirt design we managed to make the event much more financially viable. The feedback from the contest was excellent(In particular it ran perfectly on time) and I’m confident we can exceed expectations again at next year’s Men’s Classic.

One of our strengths is our unity and this shines through in all the events that we run from club level to the national stage. With this in mind, its worth considering that over the next couple of years it is likely that British Powerlifting will attain National Governing body status. I don’t for a minute think this will be easy nor will it flood the organisation with money but building on our success and projecting the right image for the NW as “The home of British Powerlifting” is something we can all strive towards as a long term goal.

2019 was my first full year as Championships Secretary and I hope that the changes made have been of benefit to the membership.  I have thoroughly enjoyed the position and supporting our affiliates to take on their franchises competitions more independently, which is going to be my primary focus for 2020.

I have sought to streamline entry and ensure that information is readily available at the earliest possible opportunity to create transparency for the lifters and also provide sufficient notice for travel plans and work commitments.

We hosted the Men’s English this year and have been met with overwhelming feedback across the country.  I’m so grateful to everyone involved with the running of the competition, it really set the bar for us.

I have been contacted by other divisions to share ideas which I have happily obliged.  It is important to ensure consistent standards across the nation and I am so proud that NWPL is up there with the best of them.

I’m grateful to our affiliates who have hosted this year - Bob & Steel Habitat, Jord & Liverpool Barbell & all at Fighting Fit.  Also to those whom have expressed interest for 2020, Ryan Jones & Chester Barbell, Sara Bradley & Raw Strength Gym and Yiannis have been in touch with great ideas.

2019 has shown that our division is strong and generous.  We are financially viable because of the quality of competition we hold, we have sufficient kit and venues, we have the people & so I look forward to 2020 and seeing a growth in independence and ownership with our affiliate clubs being self sufficient and essentially being a competent extension of the Exec.

I have proposed a skeleton calendar for 2020 based on discussions I have had with the Exec and some of our affiliates but I want 2020 to be the year that the membership/affiliates take the reins and start making competitions their own - with that in mind, competitions can be added by affiliates who wish to do so on a franchise basis.

Thank you to my co-exec for their ongoing and unwavering support.  I am grateful to be part of such a strong team, all of whom share the same desires for the future and integrity of NWPL.

I am very pleased with the continued development of the club culture within the NWPL for 2019, and especially with how the club competitions have continued across the year, with more clubs than ever taking up the mantle to host one.

As well as the club comps, we have a robust level of engagement from clubs across the region in the affiliate program, with new clubs joining throughout the year, and the revival of another in the form of Chester Barbell.