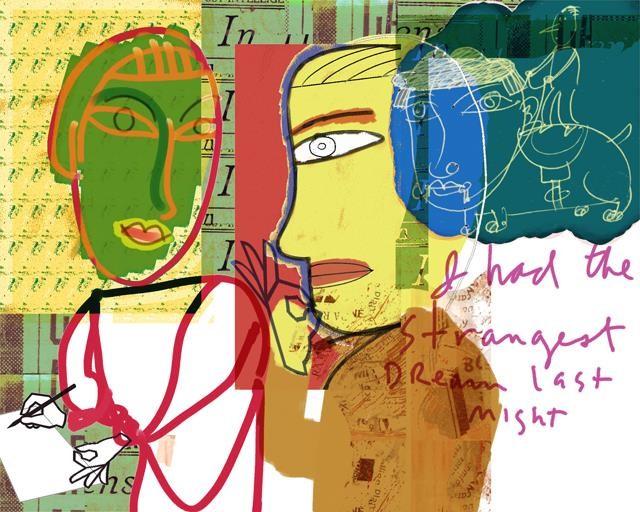 An Interview with Four Students

Interest in the benefits of philosophical education for school students has continued to grow in recent times. However, attempts to demonstrate its practical application and its benefit for individual students have been rare. An afternoon of sessions was hosted by the Modern Liberal Arts department of the

University of Winchester at a London primary school designed to bring some of Higher Education’s vital ideas to a school audience. The purpose of this study was to explore the uses and possibilities of MLA learning resources in a school setting. Four students were interviewed about their experiences. Interviewees commended the day’s activities as both inspiring and thoroughly enjoyable.

On the 13th of March this year, the Modern Liberal Arts department at the University of Winchester hosted a day of Classically-inspired education for twenty-six children ages 9 to 10 at a Tower Hamlets primary school in London, England. The activities that they presented reflected the department’s fascination with globally and historically inspiring concepts such as the tri-partite soul, ethics, the meaning of life and of individuality as well as the essence of their own degree programmes. The day’s event was split between two afternoon sessions woven in and around the pressures of serving 400 + local children – many for whom English is a second language, and the constant, crowded activity of the Capital’s bustling East. The first centred around Plato (b. 427. BC), amongst others, generating philosophical thinking and discourse through arts and crafts. The second was an interactive session exploring motion, harmony and the inter-dependence of individuals. Administering the activities were eight University affiliated adults consisting of four current undergraduates, three graduates and two senior MLA professors – not including the researcher whom is also a graduate of the degree (2014 - 17).

Consent forms were administered with the help of school staff and all students had the signed permission of parents and carers. Ethical oversight for this project was conducted by the Research &

Towards the end of the day, a group of four students were interviewed in a semi-structured style, answering questions about education and sharing feedback on the activities they had participated in. The recording lasts 00:15m:46s. Conversation flowed freely, encompassing various topics including dreams, the meaning of life, communication, retaining what we learn and passing on knowledge. However, this report only uses the responses that were given to the key questions about the LAT sessions that day. The responses are provided in verbatim form as given by four students – A, B, C &D – who have been anonymized. Participants consisted of two male and two female students of mixed ability and ethnic background. They were selected at random, however two of them had been present for prior MLA visits and Philosophy for Children (p4c) classes at the school.

STUDENT B: It was fun

STUDENT A: I really liked the Plato activity because it really helped [like], me express myself more onto a piece of paper

STUDENT B: The first bit. I liked when we shared our thoughts.  Because sometimes when you just keep all your thoughts to your brain it’s kind of [like] too much to handle so you write it on a piece of paper to remember all your thoughts

STUDENT D: Yeah. I thought Plato was about Play-Doh

STUDENT A: While at this session, I’ve been thinking more about reality and how we’re living and our lifestyle.

STUDENT D: …It’s the first time I’ve [like] learned actually…how do I say it? It’s like where I got to actually express and feel the true way of thought and life.

STUDENT B: When we done the session, we done now…sometimes I’m so concentrated on other things, I forget what I do in life

STUDENT D: …[like] sometimes you forget what’s important…sometimes when you focus on things like your games, you don’t think about reality and what life is really about…

STUDENT A: …some experiences get stuck in your brain, then you ask – did that really happen, was it just a dream or a feeling?

STUDENT D: It’s just like times-tables. Over a while, you forget things – somebody reminds you about it, then you forget it again…that cycle just goes on

STUDENT D: It’s like…thoughts come. Sometimes I want to speak about something I’m worried about, but then I feel like nobody will really listen to me…I really don’t like speaking out about my thoughts

STUDENT D: I would pass on to them…to speak out

STUDENT D: I think we can all do it, but we all think we can’t – but nothing is impossible

STUDENT D: That’s how [like] famous people have got to their position…they believed they can do more

STUDENT C: …like adventurers - or somebody that needed to do something. Like philosophers, they never believed about the word impossible

STUDENT D: I think I would recommend this to literally every child that wants to speak out but doesn’t have the chance to do it very often. I think this is a very good activity for them to do

STUDENT B: It was [also] a very helpful session, if other people would have another session like this it might help them a bit more with philosophy

STUDENT A: It’s good for young people to build up their self-confidence and speaking

STUDENT D: It’s like you’re born with it but you don’t know that you have it yet…

STUDENT A: Yeah…It helps you flow, and [like] think about what you want to do

The positive effects of philosophical activity for primary and indeed secondary aged school children (4-16 yrs.) have been documented (Siddiqui et al. 2017; Trickey & Topping, 2007). The original p4c movement owes much of its continued success to early experiments which generally demonstrated a marked improvement in children’s reasoning in discussion, reading ability and intellectual confidence (Williams, 1993). However, even with its popularity, p4c in many cases still finds itself narrowly sandwiched within the national curriculum teaching schedule which it has been proven to enhance. A number of educators and the schools that they belong to go many lengths to include philosophical content and inquiry within their curricula – just as this sample School did in the case of Liberal Arts for Teachers. The creation of the two sessions and the process by which they were delivered were indeed experimental but owe their success to the receptive and knowledge-rich approach of the MLA team. This seems especially true when compared with the usually topical, ethics-oriented p4c framework which is adapted for children as children rather, perhaps, than as learners more specifically. Student responses to the project strike particularly promising in light of negative misconceptions about the ability of diverse, mixed ability and even disadvantaged children to interact with Classical content and contentions surrounding its value for them. The twenty-six children that participated in the two sessions, including the four that were interviewed, form part of a typical local authority primary school in the area. They reflect fully the typical demands and difficulties of education in a socially complex, urban setting. And yet the reflections and dialogue of these students proved frequently impressive, even exceptional. It appears that any practical benefit of the LAT day was made possible by the special room made by school staff for these seemingly remote conversations and “out of reach” ideals. At the crucial intersection of parent’s, educator’s and children’s aspirations, Liberal Arts for Teachers so far demonstrates the impact of encouraging children to take a conscious approach to the applications and implications of their learning and the positive part that Higher Education can play in this.

Winchester with many of the same students and their headteacher. Again, the day was broken up into two sessions – the first explored the cosmos, while the second looked at communication.  The desire for rewarding school curricula continues to take many shapes and shows no signs of waning (Aron, 2003; Connor, 2006; Quinn & Poirier, 2007; Nelson & O’Donnell, 2013). Continued research, attention and collaboration are needed to apply the idea of philosophical education to improving the skills and dispositions of young people. The LAT project is developing new materials and methods that help deliver the benefits of Modern Liberal Arts content to schoolteachers and students.

Future research would benefit from more time to discuss with teachers and school-leaders as well as students about their experiences with LAT. The feedback of participants so far is encouraging but limited. In the long term, serious benefits may be gained by the expansion of this simplistic and at the same time impactful package of mental and physical stimulation.

Aron, L. Y. (2003) Towards a typology of alternative education programs: a compilation of elements from the literature, Washington DC: The Urban Institute