Thank you for joining ELVES in Illyriad! We know that you have many options and paths that you can try within the game; we’re certain that the style of play in ELVES will provide you with maximum fun and engagement. The following handbook describes what “Faction Play” is in Illyriad, how ELVES fits into Faction Play, and what your role is within ELVES.

We hope you enjoy your time in ELVES, and look forward to playing with you!

A Commitment to Making the Game More Fun for Others        4

Playing via the Alliance Ranking System        4

The Different Styles of Play in Illyriad

Because Illyriad is a truly sandbox-style MMO, many different gaming approaches have evolved since the game’s launch in 2010. At present, there are several key gaming “circuits” that players choose to focus on:

What Exactly is Faction Play?

Faction Play creates a “safe space” within Illyriad where the full scope of gaming activities made available to players via the game’s features. With Faction Play.  everything from crafting and trade to siege warfare can take place among role-playing players who 100% consent to being exposed to the full scope of possible outcomes that Illyriad offers. Whereas metagaming often foists war and destruction of players who are not interested in siege warfare, or causes strife between players who are in conflict with one another, Faction Play lets all players involved role-play as characters, rather than representing as their real-life selves. This level of role-playing ratchets down interpersonal conflict, personal insult, and strife when conflicts arise. Instead, players are able to play out RP-driven quests and conflicts in a fantasy atmosphere that creates distance between personal feelings and the challenge of successfully traversing trade relations, statecraft, and even war.

Moreover, everyone involved in Faction Play 100% consents to the consequences of playing within the Faction Play circuit. The “safe space” is created by the interplay between player-led factions, which allow each other to spur on players and alliances to attack and engage with rival factions. This means that if Faction A encourages Alliance A to attack a city in Faction B, the player in Faction B is not surprised or offended by this attack; it is understood that it is part of Faction Play, and by being in Faction B, he/she agrees to the risks of being attacked.

In this way, conflict in Faction Play always moves toward the Factions and away from Alliances.

What You are Agreeing To

First, it is important to understand that, by joining ELVES, you are agreeing to play within the “Faction Play” model. This means that:

If you do not agree or consent to these points, then ELVES and Faction Play is probably not for you. If you do agree, then let’s get started!

A Commitment to Making the Game More Fun for Others

Most importantly, ELVES is committed to engaging with the Illyriad server not only for our own enjoyment, but also to enhance the gaming experience of other players as well. The vast majority of players in Illyriad are disinterested in enhancing gameplay for others, seeking adventure for their own enjoyment only. Your goal should be to try and make Illyriad more immersive and interactive through your role playing efforts.

Due to the game being highly social, most players in Illyriad play as themselves. While these interpersonal connections are rich and rewarding to many, they also make for incredibly divisive and vitriolic conflict as well, leading to very emotional and personal conflict within the game. Most wars and destruction in Illyriad’s “metagame” are driven by personal conflicts as opposed to strategic ones.

ELVES promotes role-playing among all of its players. As a result, you must commit to engaging with players and alliances in the context of being an elf. This includes all external communications:

Communications that take place internally within ELVES -- either in our alliance chat or on Slack -- need not be in-character.

The purpose of role-playing with the other players and alliances in the game is to create a fantasy gaming space so that conflict and challenges are driven by fun and not personal scorn.

Playing via the Alliance Ranking System

ELVES players do not interact with players and alliances outside of the faction based on interpersonal relationships. Rather, all activities are driven singularly by the ELVES Alliance Ranking system. This ranking system is fully automated and algorithmic, processing the composition of alliances via the game’s data feeds in real time. This ranking drives how you will act with or against a player, as per ELVES’ Alliance Action Scale on the ELVES profile page.

The Alliance Action Scale is as follows:

What if a player is not in an alliance?

Players who are unaffiliated are engaged with based on their character race. These biases are driven by the racial biases established by seminal fantasy texts such as The Lord of the Rings, The Hobbit, and The Silmarillion. They are as follows:

Based on the ELVES Alliance Action Scale, ELVES players are expected to be actively engaged in the following:

ELVES Patrols and how to create a Quest

Some NPC factions in Illyriad send out patrols that meander around the map. Occasionally, these patrols will pass by a city or even directly attack it. ELVES also uses patrols to give players and alliances as opportunity to engage in Faction Play. 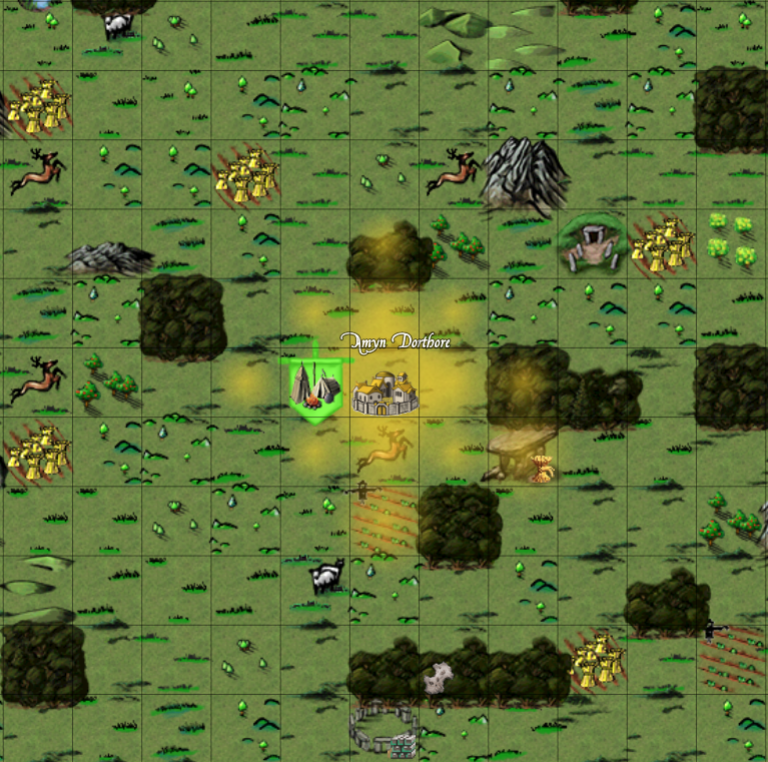 To create and send an ELVES Patrol:

How do I create a Quest?

Quests are custom missions that you can create on-the-fly when or if a player engages with you. Quests can be used to give players and alliances an opportunity to improve their alliance’s ranking for a period of time. You can also promise them a gift if they complete the quest.

Some example quest ideas are to ask a player to:

These are resources specific to the ELVES Faction:

Links to resources about Faction Play or other resources:

Links to alliances that focus on recruitment of one race or who mix RP’ing into their approach: