Note: Due to differing circumstances in each and every game, some games will finish short of 25 minutes, while others might run over the 25 minute mark. Please respect your umpire’s call in this matter. He/she must keep all games on time in fairness to teams waiting to play and due to facility permit restrictions.

2. PKC expects sportsmanlike conduct from all players. This includes fairness, courtesy and grace, whether winning or losing, and whether in the game or not. Unsportsmanlike conduct including the use of foul language, excessive arguing, physical altercations or harassment of any kind, as determined by the umpire, is grounds for being ejected from the game. Any player ejected from two games will be suspended from the rest of the tournament, including any playoffs. Only the team captain can dispute a call with the umpire.  Any other members of the team will be warned and ejected if excessive arguing continues.

3. NO METAL SPIKES ARE ALLOWED. Any equipment in question should be brought to the attention of the umpire. The umpire will make all final decisions with regard to equipment discrepancies.

4. Game mercy rule: 10 runs up after 5 complete innings. The maximum run differential a team can earn for each game will be capped at 5 runs for the purpose of playoff eligibility.

5. Each team roster must consist of no less than 9 players.  Each team must be co-ed with a minimum of 3 women per team.  Play consists of up to 9 players on the field at one time with no more than 6 men and no less than 3 women.  Teams may play with a minimum 8 players (minimum 2 women). Valid play includes one player at the catcher position at all times.

7. There are no designated hitters allowed.

8. The kicker may not kick the ball before it has passed home plate (unless designated otherwise by the umpire at the start of the game or inning).  If the kicker does contact the ball in front of home plate it will be considered a foul. All kicks must be made by foot and must occur at or behind home plate.

9. All batters will start with a one strike count. The “allowable pitch zone” extends to 1 foot on either side of home plate, and 1 foot high. Pitches must be rolled towards home plate. Pitches may NOT be bounced, only rolled towards the kicker. Pitches that bounce more than one foot above the ground will be considered an illegal pitch.  Swinging and missing at a pitch is considered a strike.  A foul ball is also considered a strike for the first strike only.  For example: Hitting a foul ball and then swinging and missing would be a strikeout, swinging and missing then hitting a foul ball would not be a strikeout.  No strikes will be called when a kick is not attempted.

10. The umpire reserves the right to award 1st base to a batter if the opposing pitcher cannot or will not pitch the ball within the “allowable pitch zone”. No official count of “balls” will be kept, however, the umpire will provide a warning to the pitcher to allow for at least one additional pitch attempt prior to awarding the batter 1st base.

11. A batter is allowed a total of three foul balls per at bat. After the third foul ball the batter is out.

12. When the ball is returned to the pitcher on the mound, no runner may advance a base, unless he or she was already more than halfway to the next base.  If he is caught off the previous base, and the fielding team wishes to attempt to peg or tag him out, he must still return to the previous base (tag up) before attempting to advance.

13. No leadoffs or stealing, runners can leave the base once the ball crosses the plane of the plate or is hit by the batter. If a runner leaves early, the ball is dead and the runner is declared out. If this is the 3rd out of the inning the batter will be first up in the next inning.  In the event of a fly ball, once a ball is touched by the fielding team a runner may advance regardless if the ball is bobbled before a catch.

15. Aggressive sliding is NOT allowed. Any sliding into a base to break up a double play, or any intentional (in the eyes of the umpire) interference with the defensive player, the runner and the batter will be called out.

19. On an infield fly (any ball kicked within the infield with significant arc and deemed an “easy catch”) with less than 2 outs and runners on 1st and 2nd or 1st, 2nd and 3rd, the batter is automatically out and runners can advance, BUT at their own risk.

21. Modified California “Tie Breaker” Rules will be used to determine a winner in playoff elimination games.

22. Extra innings will start with one out and a runner on second base. The runner on second base will be the last out from the previous inning. The game batting order will be followed through the entirety of the game. The inning will be played until two outs are recorded (for a total of three outs).

Each team is scheduled for at least three games against other teams in the same division. 16 total teams will advance to the knockout (playoff) stage.  At minimum, the top team from each division and the top fundraising team will advance.  Wild card spots will be added to fill any playoff spots are still available.

Division Standing: Points are used to rank the teams within a division. Three (3) points are awarded for a win, one (1) point for a tie, and zero (0) points for a loss (“Win/Loss Points”).  Teams will be ranked within their division any tiebreakers will be applied as follows:

Wild Card Standing: After division winners and top fundraising team are given playoff spots additional playoff sports will be filled with wild card teams.  Wild card teams will be determined in the following order: 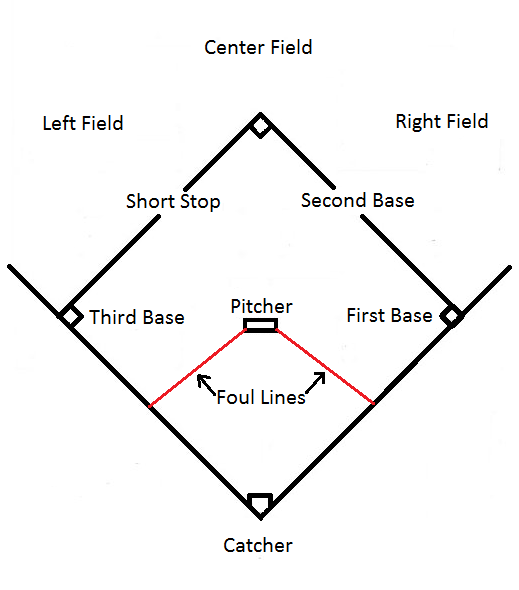