Sunday of the Pharisee and the Publican 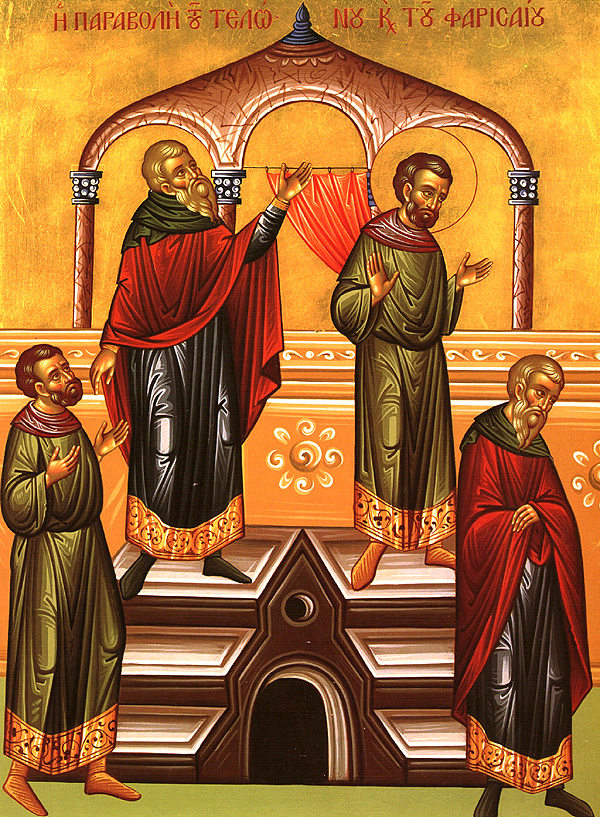 The Sunday after the Sunday of Zacchaeus is devoted to the Publican and the Pharisee. At Vespers the night before, the Triodion (the liturgical book used in the services of Great Lent) begins.

Two men went to the Temple to pray. One was a Pharisee who scrupulously observed the requirements of religion: he prayed, fasted, and contributed money to the Temple. These are very good things, and should be imitated by anyone who loves God. We who may not fulfill these requirements as well as the Pharisee did should not feel entitled to criticize him for being faithful. His sin was in looking down on the Publican and feeling justified because of his external religious observances.

The second man was a Publican, a tax-collector who was despised by the people. He, however, displayed humility, and this humility justified him before God (Luke 18:14).

The lesson to be learned is that we possess neither the Pharisee’s religious piety, nor the Publican’s repentance, through which we can be saved. We are called to see ourselves as we really are in the light of Christ’s teaching, asking Him to be merciful to us, deliver us from sin, and to lead us on the path of salvation.

Two weeks before the beginning of the Fast, as part of our preparation for Great Lent, Holy Week, and Pascha, the Church prescribes the reading of Saint Mark's Gospel. From Monday to Friday the focus is on the end times, and the Savior's death and burial.

The third day of the Afterfeast of the Meeting of the Lord falls on February 5. 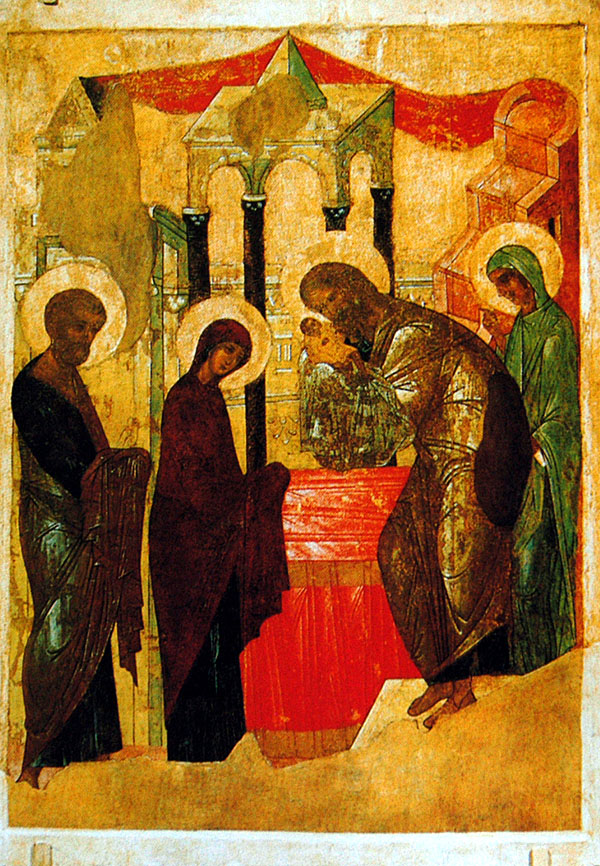 Martyr Agatha of Palermo in Sicily 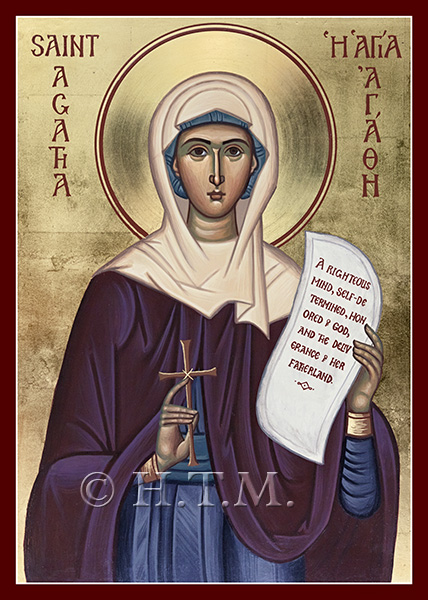 The Holy Virgin Martyr Agatha was the fifteen-year-old daughter of rich and respected Christian parents from the city of Palermo (formerly Panormos) in Sicily. During the persecution under the emperor Decius (249-251), the city prefect of Catania, Quintianus, having heard about Agatha’s wealth and beauty, sent his soldiers after her to bring her to trial as a Christian.

At Catania they housed the saint with a certain rich woman, who had five daughters. They all attempted to tempt Saint Agatha with fine clothes, amusements and entertainment, urging her to offer sacrifice to the pagan gods, but the saint disdained all these things. The more they tried to move her, the more resolute she became. She prayed that she might soon face martyrdom.

During her interrogation under Quintianus, the holy martyr was swayed neither by the flattery, nor by the threats, and she was subjected to cruel torments. They also tried to remove her breasts with metal tongs, and when this failed, they used knives.

The holy Apostle Peter appeared to her in prison and healed her wounds. Saint Agatha was led to torture again, and Quintianus was astonished to see her completely healed, with no trace of cutting. Then the torture began once more.

At this moment an earthquake took place in the city, and many buildings were destroyed. Among those killed were two of Quintianus’s advisors. The terrified inhabitants rushed to Quintianus, demanding an end to Agatha’s tortures. Fearing a revolt by the people, Quintianus sent Saint Agatha back to prison. There the martyr, offering thanks to God, peacefully surrendered her soul to the Lord.