The lab assignments for this class will rely heavily upon two pieces of software: Arduino and Fritzing.  Both are free, open source, and available for all three major platforms.  You are welcome to use whichever platform you feel most comfortable on.  Chris will actively support Linux and Windows.  To get started, install both the Arduino and Fritzing software.

Every group should obtain the following, which will be used for all of the labs.

To start with, let’s go through the process of programming the Arduino.  The Arduino Uno has a small LED built into the board, and labelled with the letter “L”.  The LED is also connected to pin 13 on the Arduino.

Start by plugging in the Arduino.  Make sure you have the necessary USB drivers installed if you are working on Windows.  Next, launch the Arduino user interface from wherever you installed it.  After launching,  go to “Tools” → “Board...” → “Arduino Uno” to select the type of Arduino board we are using in this class.  There are a number of boards that can be used with the Arduino environment and language. 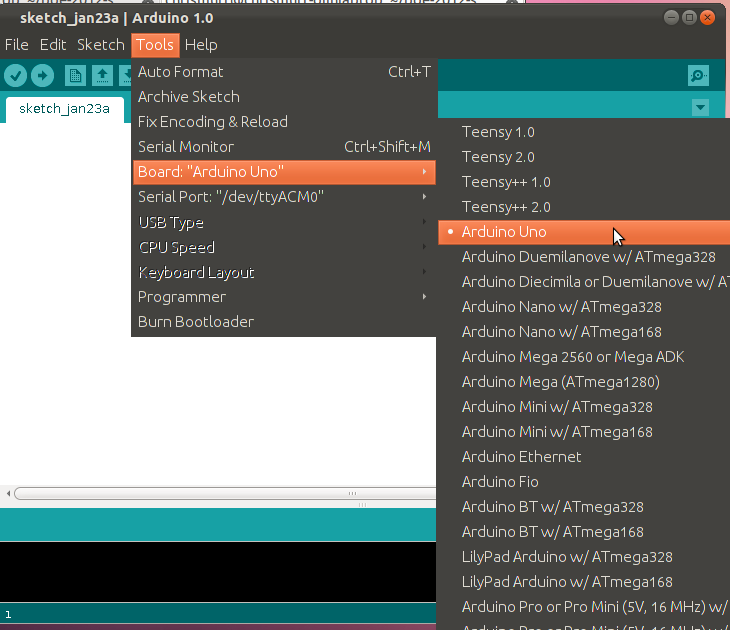 Begin by selecting the correct Arduino development board.

Next, select the USB serial port the development board is attached to.  The name on my linux system is “/dev/ttyACM#”, but the name may vary on your computer. 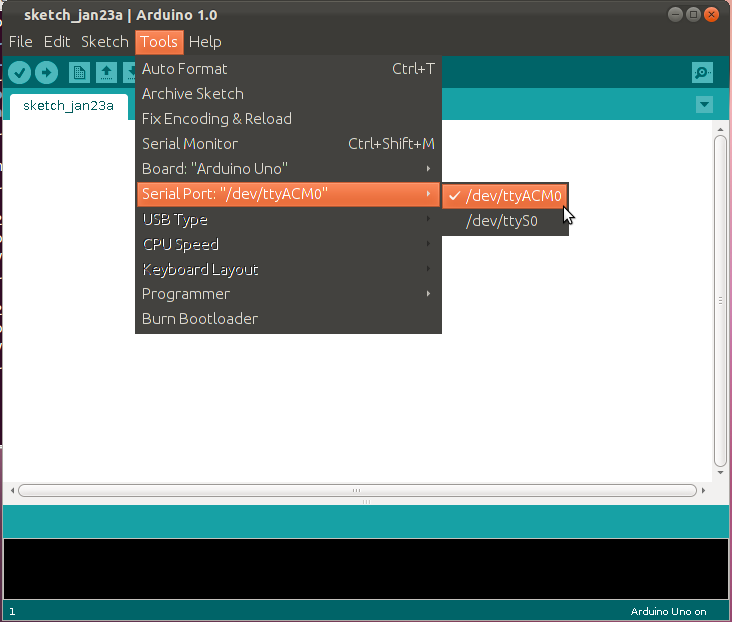 Pick the USB serial port the microcontroller is attached to.  If in doubt, disconnect the Arduino, wait a minute or two, and look for which one has disappeared from the menu.

Finally, load one of the simple examples that come with the arduino software.  Select “Blink” under the “Basics” menu.  A new window will open. 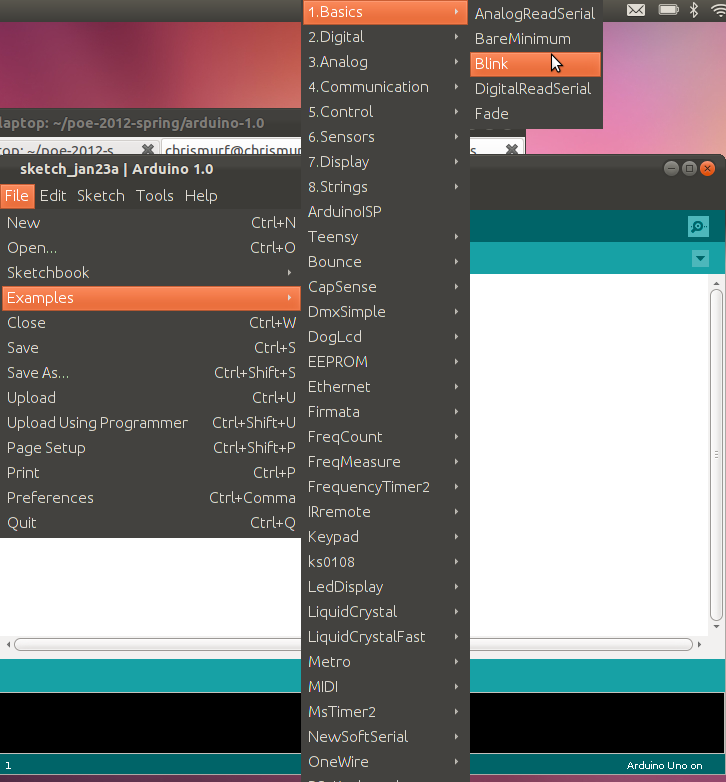 Finally, program the microcontroller by clicking the right arrow in the Arduino user interface. 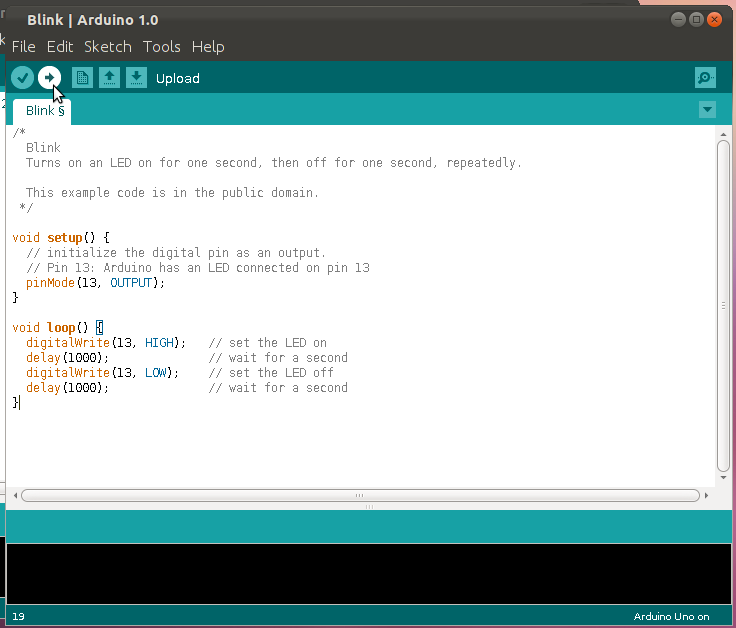