For fun: Check out images of Flash Gordon's spaceship." Frank Romero says that the flying iron at the top left of the painting is an homage to Buster Crabbe, the first multi-medal athlete of 1934's LA Olympics, who later portrayed Flash Gordon in the movie series.

BACKGROUND: People in Los Angeles spend a lot of time in their cars. For many L.A. residents, a car is just a way to get from here to there. But for some, a car is a status symbol and cherished possession. Some people love to take drives just to see different parts of the city, while others complain about traffic, smog, and noise. You will write a five-paragraph essay in which you synthesize LA freeway mural art, a news article, and your own experiences with life in Los Angeles.

ASSIGNMENT View the image above, Frank Romero's "Going to the Olympics, 1984." 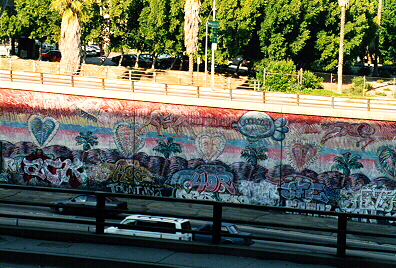 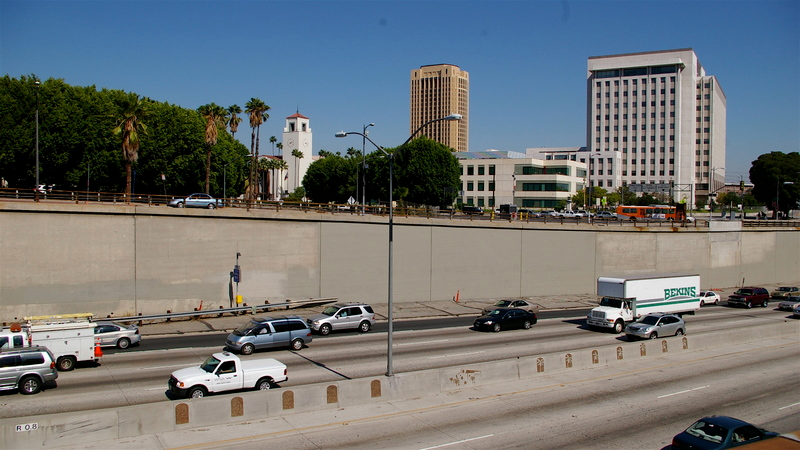