Institute of Gerontology of the National Academy of Medical Sciences of Ukraine, Kiev

Introduction: Orion is a multi-component drug composed of derivatives of taurocholic acid. It could be a genuine anti-aging remedy due to its specific efficacy in the old ages.

Methods: Drosophila imagoes were kept on the standard feeding medium with application of Orion    (0.1-4%). Survival at the heat shock (30 min at 37 °C) and H2O2 (3%) or 100% O2 were determined in groups of control and Orion-treated animals. Cellular garbage content was assessed by electron-microscopy of the lipofuscin-like materials and destructed laminar and vacuolar granules in the glia and neurons of old drosophila. 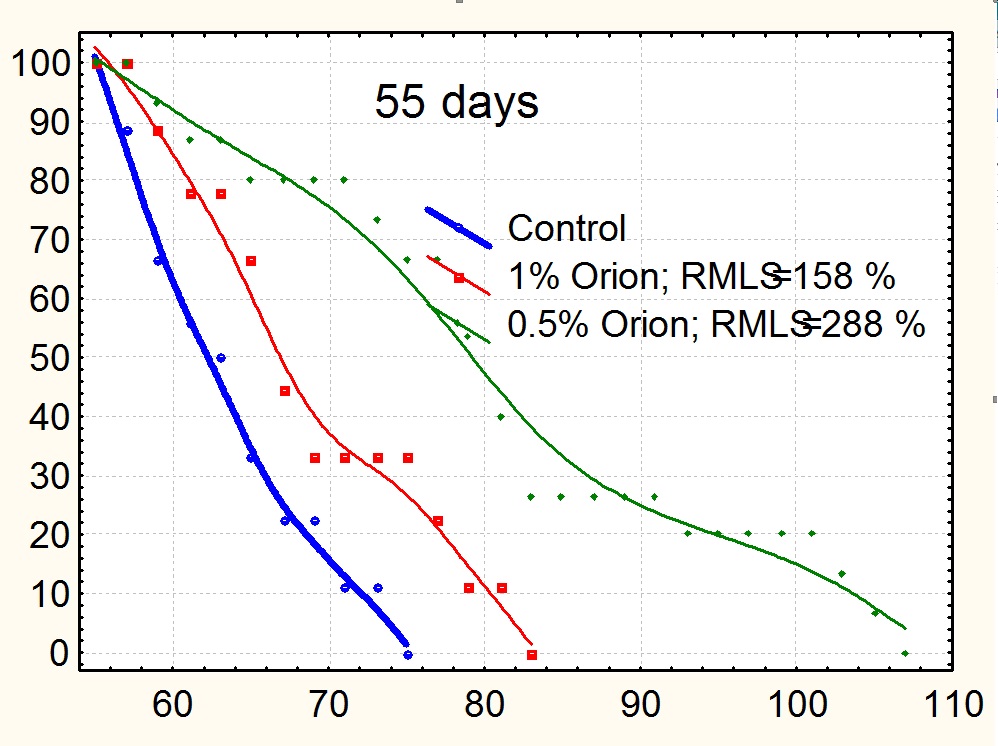 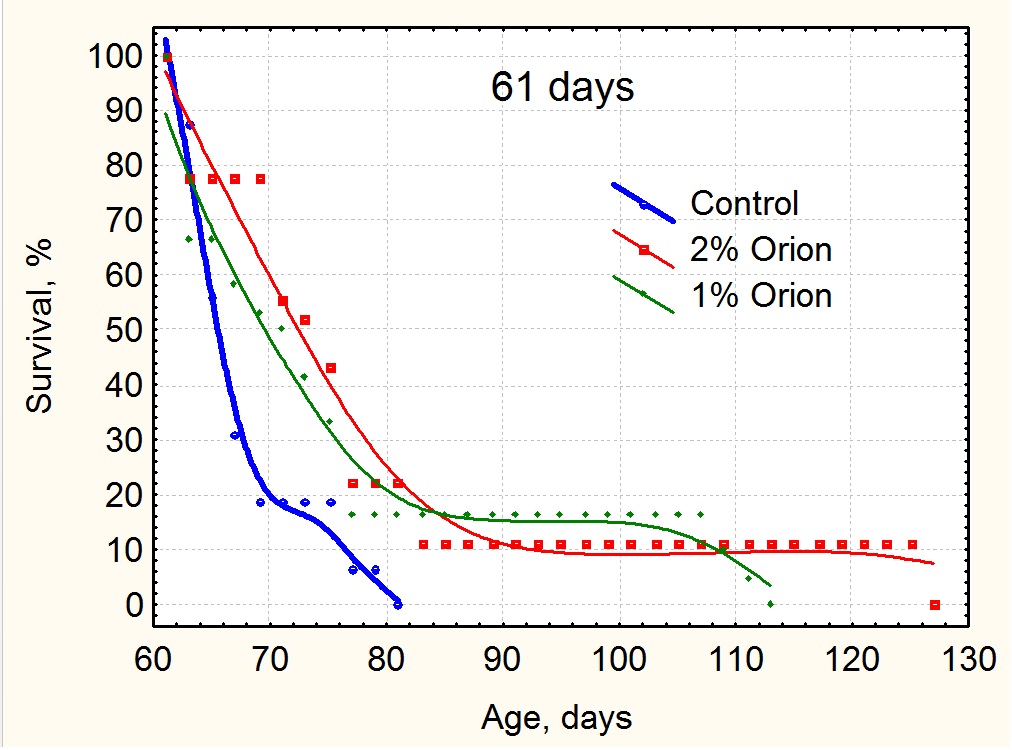 Fig. 1. Orion effects on drosophila survival started from the age 55 and 61 days.

The longest living imagoes (over 120 days) were registered in the treatment started from 61 days. The fraction of “super-centenarians” (flies older 100 days), completely absent in the control group, is of special importance (Fig. 1).

The life span extending effect was accompanied by increased survival after the heat shock stress which could primarily explained by elevated stability of  the macro-molecules at the heat denaturation. No apparent improvements were found at the oxidative stress modeled by keeping flies on the medium with 3% H2O2 or in the atmosphere of 100% O2 (Fig. 2). 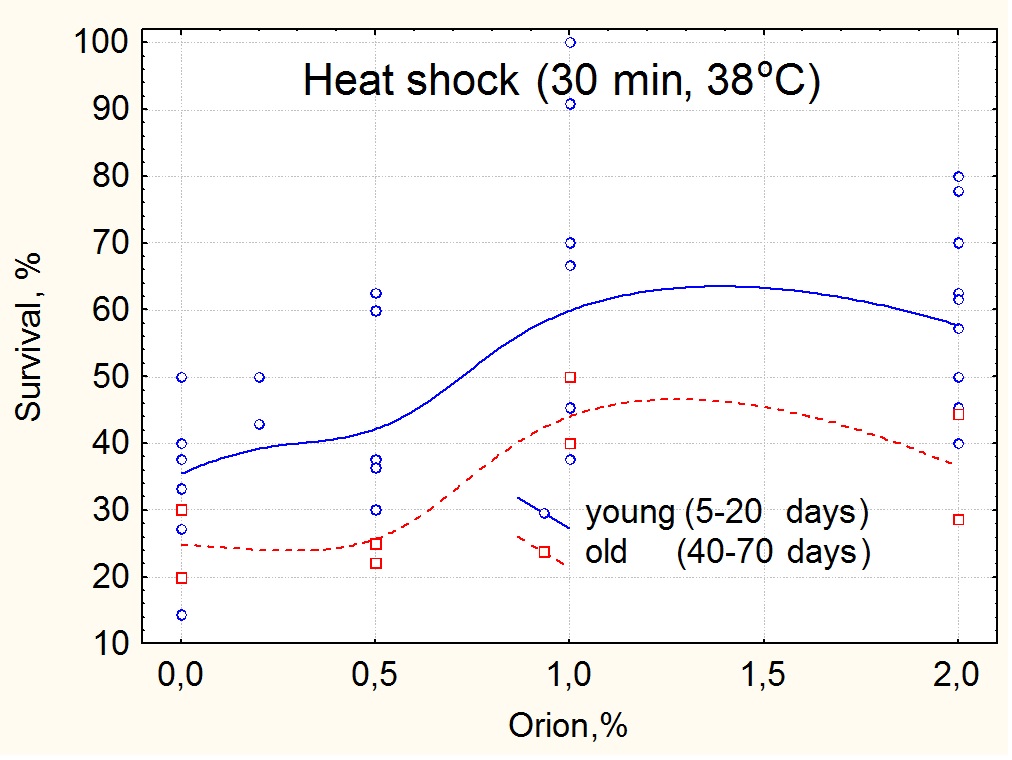 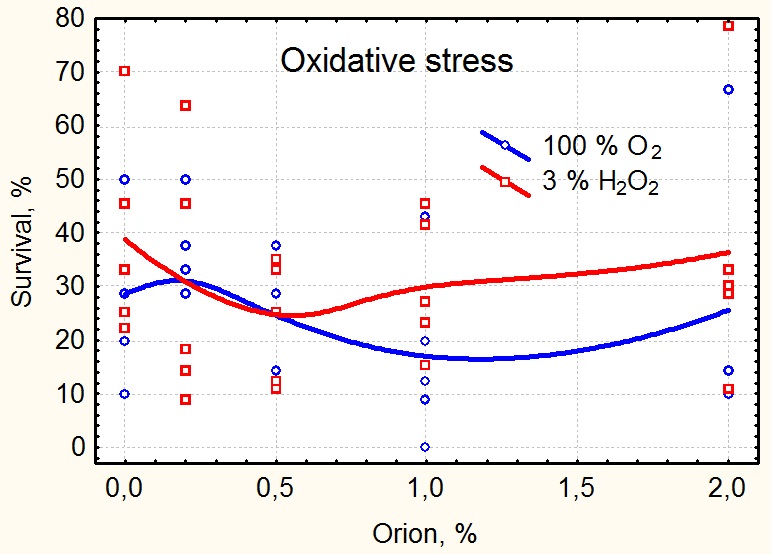 Fig. 2. Effects of Orion on survival after the heat shock and oxidative stress

Because life span extending effects of Orion have been manifested at old ages, it was assumed that they could be associated with some age-associated factors, e.g., the cellular garbage accumulation. Measurement of the size of the lipofuscin-like materials and destructed laminar and vacuolar granules showed that Orion application did not significantly change the number (P>0.36) but decreased the size of granules (2.30±2.41% in the drug treated and 4.43±2.60% in the control animals; P<0.0005).  The data and apparent differences of the granule size distribution may evidence gradual erosion of the garbage at Orion treatment (Fig. 3). 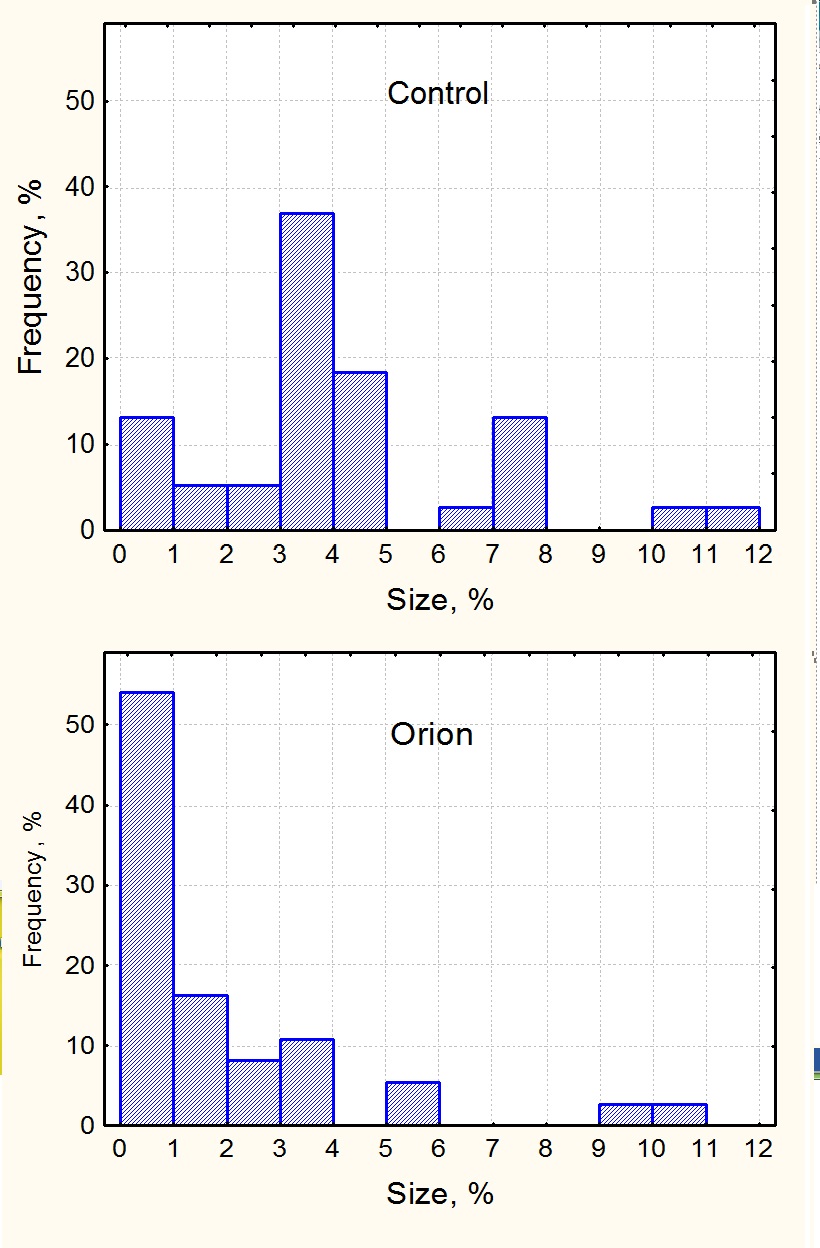 Fig. 3. Distribution of cellular garbage granule size in the control and Orion-treated drosophila.

Conclusions. Although further research is warranted, especially on mammalian models, Orion could ensure macromolecule stabilization and cellular garbage removal. Of particular interest are increased mean life span and especially the formation of “centenarians” and “supercentenarians” fractions (10-20%).