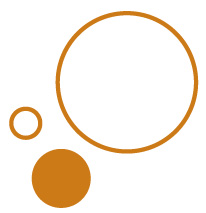 I am a motivated and people-focused software engineer and spend most of my spare time programming, reading, drawing, or gaming. I have an entrepreneurial spirit and love to collaborate to find creative solutions to difficult problems.  I have over a decade of experience in the game industry and am looking to further my career pursuing leadership positions which still require strong technical skills.  I prefer to lead by example with enthusiasm and genuine care.

I love to help my teams and the people on my teams achieve success and growth.

Ronday, (Remote while in Texas)

SnapJaw LLC Games (Unity, C#, Solidity, Javascript/PHP/HTML/CSS)
I developed a match 3 blockchain game called Crypto Dungeon in preparation for launch on the Polygon Blockchain. This is an NFT driven play-to-earn title with its own custom token. This game has a Unity 3D WebGL client and a Solidity contract based back-end, all interactions with game state occur on the blockchain including anti-cheat verification on-chain for the match 3 implementation itself. A simple unrelated working web game called double up is currently live and working, the main game is not yet up. https://cryptodungeon.online

SnapJaw LLC Art Studio (ZBrush, 3D Printing, Javascript/PHP/HTML/CSS)
A collaboration with my wife, Jaclyn to create custom tailored latex masks. I designed and implemented our entire fabrication process with 3D Printed molds for the masks, worked with ZBrush to fine tune the mask designs, and created our website. Jaclyn focuses on the entire artistic process from design to painting. Our business has over 7000 followers on Twitter and a growing community of enthusiastic collectors. https://snapjaw.net

Bindstone  (C++, SDL, OpenGL)
I have been developing this tug of war mobile game in my spare time over the past few years with my wife, most recently we’ve adopted the banner of Snap Jaw which is the studio name we will release it under, it features a custom game engine built on low level libraries in C++ and target platforms will be iOS, Android, and Windows: http://bindstone.online

Vampirism Beast (Jass/WC3 World Editor) (2007-2009)
Warcraft 3 map (mod) which reached the top 5 most hosted maps when it first came out on Blizzard's western server out of over 10,000 (according to mapgnome.org).  I originally developed this project on my own under the pseudonym M2tM. I created most of the original items and game modes using the scripting language JASS.  After achieving popularity I transitioned support to two other developers so that I could focus on my career and other projects.

Dark Sky Fire (C++, SDL, OpenGL) (2007)
This project started life as a very simple missile command style game and gathered some popularity on free game sites after I posted it online.  Most of the scores for the older version were very positive hovering around or over 80%.  The highest review scored the game at 91%.  The game is available on my portfolio: http://MichaelHamilton.com