strategy in the style of Tower Defense

with elements of City Builder 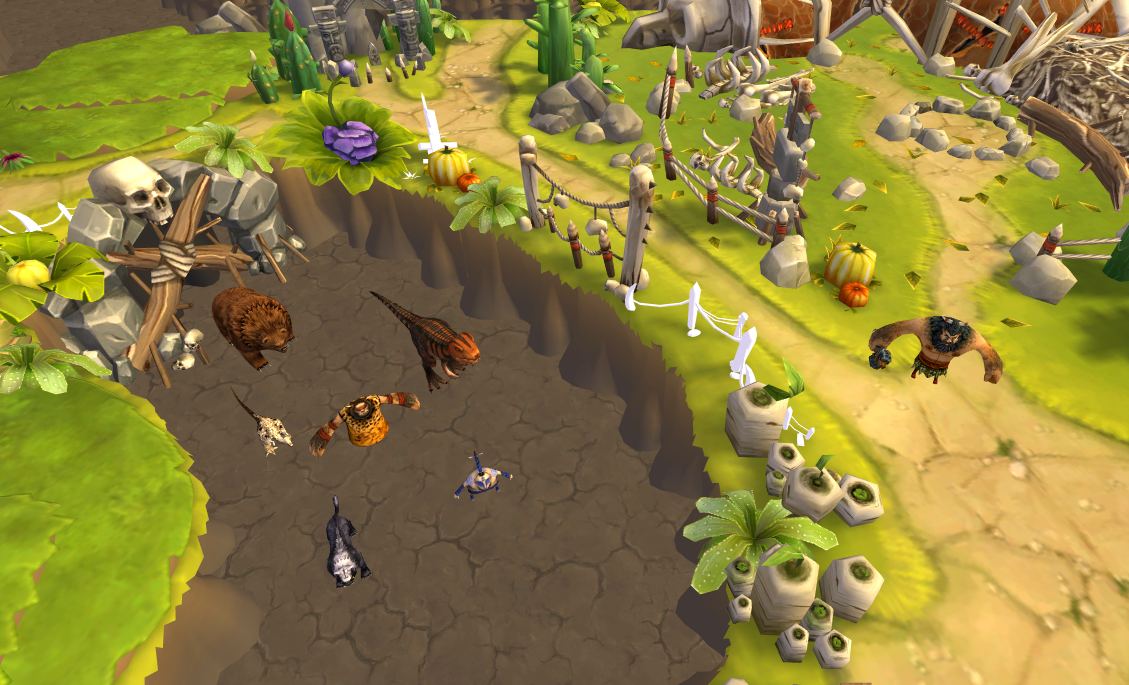 *Screenshot of map from Unity3D”

The epic saga of a family of prehistoric people through evolution and technological progress, through the mouth of continuous wars, passing into the next era.

Cheerful and colorful characters, day after day, with the help of defenses and traps protect their village from the invasion of various dangerous and cunning enemies, exploring various mechanisms to seek divine essence and confront the wild.

Colorful cartoon-style graphics and fun presenting the daily life of the villagers can be attributed to family games with the age limit of five years.

The main component is a strategy in the Tower Defense style, and elements of management villagers, is the most interesting for the audience aged 13 to 28 years.

Essence of the game

The player controls the village of prehistoric people in the mountainous terrain. Gradually mastering the area around the cave, creates the necessary buildings and defenses, learns new technology and reflects the enemies' attacks which seek to capture the resources of the village.

Enemies move between rocks mountainous terrain, which makes him an easy target, while leaving the villagers in relative safety. Defeated enemy leaves the village. If an enemy has come down to the cave he takes player's resources and then has to successfully carry off them outside of the village. In case enemies steal all the resources, the fight is lost and the player should start again.

Player manages the villagers, sending them to the specific objects of defense for their activation, repair or temporary improvement.

The game is based on the mechanics of the Tower Defense strategic style games  where the player with the help of defenses attacks enemies, whom attacking the player's base.

The main games of this genre.

Moments are taken from these games:

Key features of the game:

The game is developed with Unity3D, it's allowing to deploy the game for multiple platforms with minimal resources.

The game is distributed for free in versions for mobile devices and social networks.