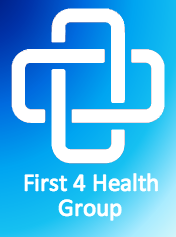 Hamida asked all patients if they were using Online Access. EMIS 392 stated that although Online Access is useful to book appointments, it is not good for parents who have younger children as you cannot use the email addresses for more than one account. Dr Ambrozie added that this was with NHS England and not something the surgery can control.

EMIS 392 commented that it is often difficult to get through in the mornings. Dr Ambrozie agreed that it was difficult however if two members of admin staff are on the phones, the appointments go quicker. Hamida also added that there are services in Newham that are useful such as Minor Ailment and Extended Hours.

EMIS 392 agreed that the services were useful however sometimes need own surgery such as blood test results. Hamida confirmed that although results are important to patients, when calling at 8.30 in the morning for results, it can mean patients who are wanting to make an appointment cannot get through. If results come back abnormal, the surgery will contact patients to come in via letter and more recently text message. If the results are urgent the patient will be contacted by phone. Dr Ambrozie agreed with Hamida and but advised patients to still call and check if not heard within a couple of weeks to be certain the results are normal.

Patients asked whether a telephone message can be implemented to provide information such as asking patients to call at certain times for results. Hamida stated that this was expensive although Charley agreed that it was expensive, the cost may be justified if it helps educate patients and takes pressure from staff. Dr Ambrozie concluded the topic by adding that patients can see their results on Online Access which will show patients whether their result is normal or not.

EMIS 605036 thanked staff for supporting himself and his wife.