All events will begin at 7pm and be held in Room 1505 unless otherwise noted. Readings will run until 8pm

with additional time for Q&A with authors afterwards.

March 10: US fiction writer Jess Row (Your Face in Mine, The Train to Lo Wu, Nobody Ever Gets Lost)

April 21: Bilingual reading with poets Wang Xiaoni and Yang Jian and translators Eleanor Goodman, Austin Woerner and Christopher Mattison.
This event will be held in the Art Gallery and feature a popup exhibition of Yang Jian’s paintings.

Is Not My Ground and On the Other Side, Blue) with poet and translator Andrea Lingenfelter

May 6:  James Shea (US/Hong Kong, poet, author of The Lost Novel and Star in the Eye), Dorothy Tse (Hong Kong, author of Snow and Shadow,
translated by Nicky Harman) 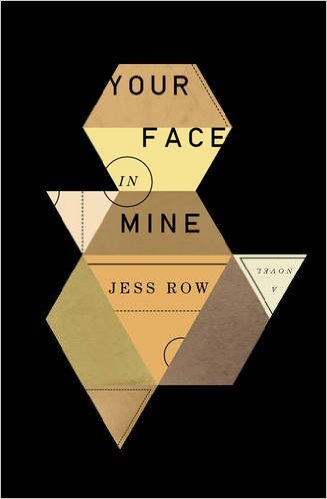 “Your Face in Mine more than fulfills the promise of [Jess Row’s] first two books. It puts him on another level as an artist. He doesn’t shy away from the hard intellectual and moral questions his story raises, or from grainy philosophical dialogue, but he submerges these things in a narrative that burns with a steady flame. You turn the pages without being aware you are turning them…There’s some Jonathan Lethem in Mr. Row’s street-level awareness of culture, popular and otherwise. There’s some Saul Bellow in his needling intelligence. . Necessity is a mother of invention, this novel declares, but so is uncut human desire. “How far in the future can it be,” Martin asks, “when people say, I don’t want to be me anymore?”

Jess Row is the author of the novel Your Face in Mine, as well as story collections The Train to Lo Wu, Nobody Ever Gets Lost, and numerous essays and articles.

Row often writes from his experiences of living in and working in China and how those experiences interact with his roots in Baltimore, Maryland. A sharp observer of how difficult questions of race, culture, national identity and gender can shift and at times seem to dissolve (while at other times re-asserting themselves with alarming force) in our world of accelerating globalized change, Row's writing may be as current and vital as it gets.

Your Face in Mine, his latest work and first novel, is a compelling work of speculative fiction that reads like a record of a reality that's just around the corner, a world in which "racial reassignment" promises to allow us to choose our identities "freely." The question then might become: Are such promises merely old empty ones dressed up in new ways? Or are we on the verge of something truly new? What are the limits of "choice," and to what extent are our apparently increasing freedoms to choose and shape our identities determined for us in ways we struggle to grasp? 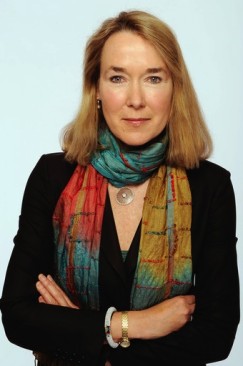 “With tenacity and talent, [Cockburn] pries her way into the fraternity of journalistic firemen who can parachute into any crisis and extract a story … Cockburn’s work has given her an extraordinary perspective on 20 years of failures in American foreign policy”

“Leslie Cockburn's stunning debut novel, Baghdad Solitaire  is a thriller that resonates with authenticity and truth, a book that could only have been written by one who had actually lived on the razor’s edge of death.”

— Wade Davis, author of Into the Silence

Leslie Cockburn is an acclaimed US American journalist and filmmaker, whose first novel, Baghdad Solitaire, joins an extensive body of work including numerous documentaries for US television networks PBS (Frontline), ABC (Peter Jennings Reports) and CBS (60 Minutes), the 1997 feature film The Peacemaker (starring George Clooney and Nicole Kidman), 2009 documentary feature film American Casino, and books including Looking for Trouble, Six Wars and a Revolution and Out of Control: The Story of the Reagan Administration's Secret War in Nicaragua, the Illegal Arms Pipeline, and the Contra Drug Connection. Her frequent collaborator and her husband, Andrew Cockburn, has worked with her on her feature films and books including Dangerous Liaison: The Inside Story of the U.S.-Israeli Covert Relationship and One Point Safe, the True Story of Russian Nuclear Security. 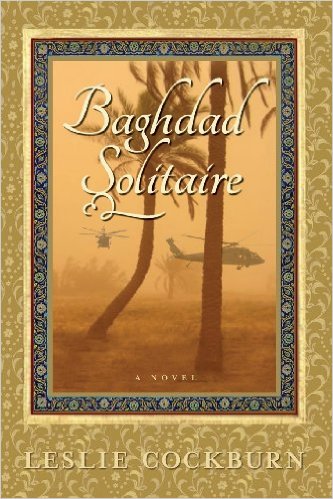