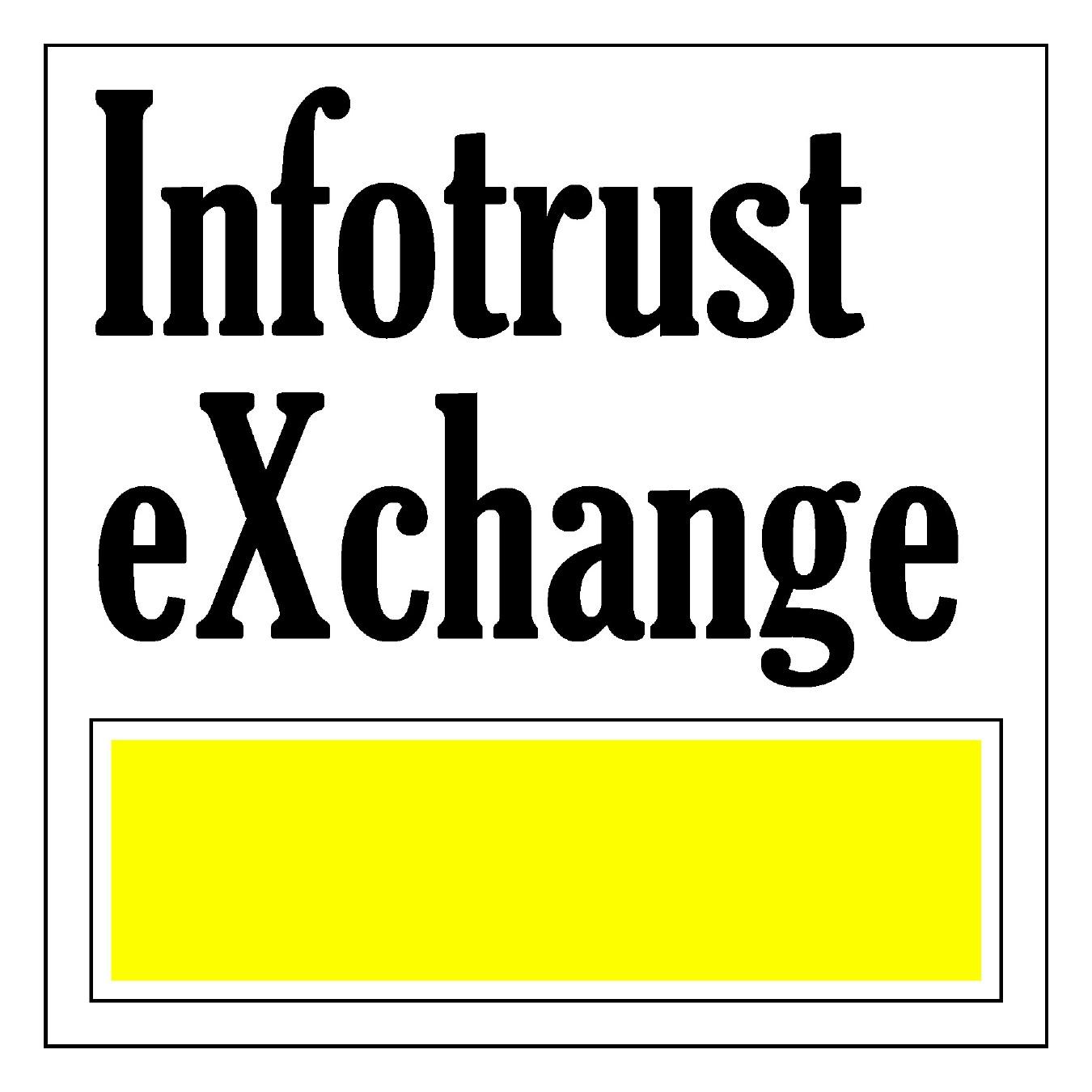 A conversation between Don Marti, consultant to Mozilla,

The time of being able to shake down the publisher by putting them in competition with bottom-fishing programmatic advertising sites is over. As soon as a newspaper has in place a web-data surveillance protection service for their users, that conversation just starts toward ending completely.

DON:  Hundreds of companies and networks are tracking us across the Internet so that they can show us targeted advertising. We don’t trust websites and mobile services that are part of an ad system that “follows us around.” It’s not just a matter of privacy.  Advertising works by sending a credible, costly signal of the advertiser’s intentions in the market, and sending an ad to individuals, like a cold call, reduces the signal and lowers the economic incentive for users to pay attention.  The publishers forming the non-profit Information Trust Exchange (ITE) want to do something about it, to maintain the trust of their users, readers, viewers and subscribers—and to make web advertising into a signal-carrying medium that holds its value.

BILL: Users should have an identity and  a relationship with publishers they trust -- one or more. But we need a system that will block the sharing of individual-user data with others – while still making it possible to show you relevant, helpful, timely advertising.   As soon as something can be targeted to one single user outside of a group, the user sees the creep factor (which is your inner behavioral economist warning you of an information asymmetry) and has an incentive to block it.  The ITE is not just reworking the old system so that publishers grab more of what’s now handled by ad-tech intermediaries. From the advertisers’ point of view that just becomes publishers fighting ad-tech for the existing piece of the pie.  Rather, we are baking a different, larger, better, more valuable pie.

DON: Newspapers will get a benefit from day one from data-leakage protection -- even before the full system is all up and working.   Which is one reason why I think we could have a reasonable conversation with newspaper people at a newspaper conference even if we don’t have an audience-segment advertising system working yet. We’re at the point where we can give a local newspaper something they can use to make money in the short run. It’s a data-leakage protection program.

If you are a quality news organization, newspaper or otherwise, right now you are competing with third-party adtech intermediaries to reach your own audience.  As a publisher, you understand the data-leakage problem – information about your users is being collected by dozens of obscure third parties and used to serve ads to those users.  So let’s get the web-data protection service message in front of publishers earlier rather than later. If we come out first with the advertising-cohort sharing features of the ITE, they won’t necessarily see how it is solving an urgent problem. Nobody has time to look at something just because it has a cool feature.  If we  say we have built this thing that solves this particular problem, then you break through some people’s filters.  Let’s get the user-data-leakage protection message in front of publishers and get them motivated to get involved in the whole thing.

HOW TO MEASURE THE ADVANTAGE OF ENDING DATA LEAKAGE

BILL: Publishers who encourage most of their users to install data-leakage protection on their phone or computer might conduct an experiment at the start of the campaign. They should go into the programmatic advertising marketplace and try to “buy their audience” – see how easy it is to find a data broker who will sell them advertising impressions in their target markets – geographic or topical.  Then, after many of their users have installed leakage protection, they can repeat the competitive ad-buying experience.  Either the price to reach those users has gone up, which is good news, or if the same inventory is available, that is a signal that the programmatic market has flaws in its targeting – because the publisher knows many of its users are no longer trackable by conventional means.

IN THE ITE, HOW WILL USER DATA BE HANDLED?

DON: “Attributes” is a word to describe the many facets of our identity or interests – where we live, what we like to read, what we’re looking for, perhaps some of our affiliations. Under the ITE’s architecture, individual user attributes are stored either in the user’s device (a web browser), or in service operated by a trusted publisher or identity provider.  When a user arrives at any web page or resource that is part of the ITE, the user could get a dialog on the screen, such as: “Are you willing to share this attribute with this site?” The requesting site gets complete control of the flow of how this happens. Any site asking for an inappropriate attribute would risk not receiving  it or even turning a user away.  In any case, no sharing happens without the user’s permission.

BILL: So users present their attributes or register their interests with their most-trusted home base publisher to create their “persona.”  Now suppose that publisher wants to share the fact that a certain number of its users have certain qualities, but they do not want to – indeed, shouldn’t be permitted to -- give up information about individual users?

DON:  This is the point where the Taysom’s Three’s a Crowd algorithm could be applied, where other mixing of data could be applied -- and this would be something that would be up to the publisher how much they want to digest and which services they are going to comply with or with whom they are going to share what we are calling their Audience Profile Books (APBs).  The publisher -- or service agent acting for the publisher -- prepares a digital document containing aggregated user interest cohort attributes they want to share.  They don’t have to be shared at just the publisher level, they could be split out topically and sent to a topical APB aggregator within the ITE.

BILL: So for the ITE, this is an opportunity to create and specify whatever standardized user-attribute taxonomy -- kind of a map --  that we believe would be helpful for advertisers or even intermediaries.  And ad-tech intermediaries, if they join the ITE, wouldn’t be deliberately cut out of the system, just limited in how fine-grained the data is that they are allowed to see.

DON: When we talk about how the system is going to work one of the biggest risks is that publishers are going to take a short cut to compromise the system in order to close a particular deal. But in order to preserve the publisher’s market power in the long run they need to be able to credibly say, “I can’t do that. I can’t give you data about individual users, because my users are protected.”  It’s like a time-lock safe. In the short run, it puts the publisher at more risk because there is an angry robber who knows he can’t get his money. In the long run, however, it’s like having a clerk who cannot open safe because they don’t have the combination. That makes the money (the user data) safer.

BILL:  Right. Publishers have always realized that it was not only good for journalism, but good for business to place an absolute wall between editorial and advertising.  They could simple tell advertisers no special favors around content were possible, that advertisers were buying into a marketplace of engaged, quality readers with an independent message, and keeping editorial separate was what made for a quality marketplace of trusting readers.   The same principle should be at work here. Publishers must protect their readers/viewers from unwelcomed tracking or privacy invasion in order to maintain a clean, trustworthy marketplace.  Only then can they maintain a high-quality, desirable audience worth being reached by advertisers with audience-tailored (but not individually tailored) messages.

DON: A lot of advertisers will say if you won’t give me this creepy data, I can reach the exact same user somewhere else. I don’t need you. I can buy cheap ads on a seedy site and their third-party tracking guarantees I’m going to have the exact same users. At that point, the publisher needs to be able to say: “Here is our reader survey, this shows that 74% of our users are concerned about online privacy, and, say, 52% of our subscribers have installed data-leakage protection. So if someone else says they are reaching our users, they must be offering fraudulent inventory.”  The time of being able to shake down the publisher by putting them in competition with bottom-fishing programmatic advertising sites is over. As soon as a newspaper has in place a web-data surveillance protection service for their users, that conversation just starts toward ending completely.