Good afternoon.  My name is Steve Jones.  I'm the conservation editor for Outdoor Guide Magazine, and I serve on the Conservation Federation of Missouri's CWD committee.  I'm also the webmaster for NoMoCWD.org, a website designed to inform the public about CWD in Missouri.

I live in Sullivan but own land near Moberly, inside the CWD management zone, where I hunt and try to make a little money on soybeans and cattle.

Prions are relatively new to science, wildly different from other known pathogens.  Their discovery has spawned an entirely new branch of the life sciences  - a branch that is bustling with activity but still in its infancy.  Though we have just started learning about this deadly misfolded protein, there are things which have become clear.

For instance, CWD does not know the difference between a whitetail or a fallow deer or an elk or a red stag.  It recognizes neither regulations, nor borders, nor wishful thinking.  It expands through the ecosystem subtly, slowly, but with relentless persistence.  It absolutely thrives on ignorance and inaction.

Research shows that CWD can theoretically spread in many ways.  But there is a difference in how it can spread in theory and how it does spread in reality.

The natural spread of CWD once established in an area is fairly well understood and can be slowed somewhat by certain management practices.

But tracking the spread of the disease on the North American map reveals a clear association with the confined cervid industry.  The massive geographic leaps such as the one that brought CWD to Missouri are clearly the result of the commercial movement of live cervids.  Can it be proven?  No.  Is it obvious?  Yes.

CWD didn't get to South Korea via crow poop.  Like so many other CWD outbreaks, it arrived via live infected animals purchased from a North American cervid breeder.

The industry, which trades in antler velvet, urine, embryos, and of course live animals, is clearly implicated in most new appearances of the disease.  Any suggestion that it is found there only because that is where the testing is done is patently ridiculous.  Missouri has CWD tested over 38 thousand wild whitetails statewide since 2002.  The only positives in free-ranging deer came from within a mile of a fenced facility in which the disease had already been detected.

The fencing, confinement, documentation and testing standards are so laughably lax that once CWD gets trucked into a facility, there is no practical way to keep it there.

While scientific knowledge of this disease is in its infancy, public knowledge and understanding of CWD, even among hunters, lags even further.

But elected officials must understand that the half a million deer hunters in Missouri will not sleep forever.  The risk to vital income in communities that depend on hunting will not remain unclear.  If a legislative response to this horrible disease places the needs of a small industry above the clear and urgent public interest, do not count on the continued silence of those 500,000 Missourians.

True, the confined cervid industry did not create CWD.  They themselves are victims of a natural disaster that may challenge their very existence.  But as things stand now it is simply impossible to engage in the commercial movement of cervids without serious risk of causing geographical leaps of CWD infection, infections which inevitably transfer to the public wildlife resource.

Your duty is clear.  Remove obstacles to placing control of all cervid transportation and confinement into the hands of the agency most qualified and staffed to do the job - the Missouri Department of Conservation.

Any other course will have consequences as terrible as they are predictable.

Thank you very much for your time.

Provided to committee in written copy of testimony: 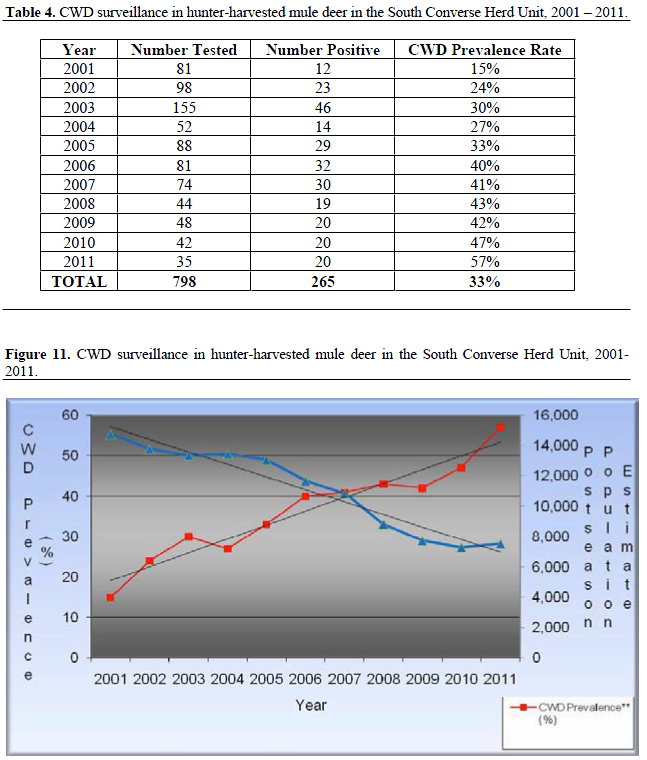