A synaesthetic performance orchestrated around a chef, an enchanted kitchenette, and sonified ingredients.

w/ William Young. Interplay of sound, and light drives movement, responding to a solo dancer. The performance establishes a bridge to a dreamlike state and manifests the hidden world of thought into reality.

An improv-based performance inside an interactive scenography at the activism and performance arts Festival. Roger Sinha (Movement), Navid Navab (Sound and Interactive Scenography)

w/ William Young. Interplay of sound, and light drives movement, responding to a solo dancer. The performance establishes a bridge to a dreamlike state and manifests the hidden world of thought into reality.

An installation and improvisational performance piece for an interactive screen, a dancing body, and realtime responsive media..

A piece focusing on natural rhythms of everyday life, and deconstructing the standardized modalities of eating.

A performative experiment about gesture and collective intentionality.

for augmented cocktail shakers, responsive sound, light sync, bartender, enchanted bar, and pedestrian audience. Navab’s gestural-sonic compositions fuse with his unorthodox craft mixology to give birth to an array of synaesthetic cocktails, which will invite you to shake, drink and mix up a multitude of senses.

Decay 崩壊 is an interactive sound installation/performance first conceived spontaneously in March 2011 for the ”手向け Tamuke” Solidarity with Japan event. . In 2015, the installation was redesigned by Navab for a trio of musicians to interpret in short preludes throughout an evening long concert.

Powerful optical architectures, compositions of structure borne sound, and the aesthetics of chiaroscuro image, merge to envelope the spectator in the performative, and cinematic experience of self and the other.

w/ Oana Suteu. An interactive installation that dwells with the mnemonic dimension of the written word and puts under the magnifying glass the acts of reading and writing in an intricate play of sensorial relations.

Time conditioning installations:  zones in which objects and fields of lighting, sound, and video change in concert with the inhabitants’ movement create powerfully alternative senses of time, rhythm and pattern.

w/ Lina Dib. Making the mundane whimsical and otherworldly, the installation creates a dynamic sonic postcard, orchestrated by the up and down movements of the visitors.

An immediate response to the triple catastrophe that hit Japan, the installation evolves via alchemical transformations of sound, light and image in an ecology of substances.

A responsive environment, expressed through sound, light and movement in the form of architecture.

Augmented photography, real-time media, and movement mingle together to present a performative organism.

A sound/light installation was created to mimic the sunlight of 20 hours. The event took place over 20 hours and attracted 4500 visitors to the historical Shaugnessy House.

The floor of a public space is covered with augmented sheets of bubble-wrap that people are invited to walk over, popping bubbles and transforming the surrounding environment.

A responsive installation that examines the intersection of cognition, embodiment and human experience.

A cross between improvisational, written and electronic music, this concert paints an aural portrait of Montreal.

Compositions for a 10 000 sq ft space in an old cotton factory.

Navid Navab (real-time sound Instruments) and Felix Del Tredici (Trombone), Alex KS (Bass) a night of improvised hallucinations within TML's responsive ecology. Standing upon nothing and going nowhere at all, we will drip, drift, clash, clang, sweep, swish, expand, sneeze and fall into the warmth of a winter's night.

Two audience members play a game of sticks (augmented via  audio-mosaicing  into real-time sound instruments) as the Noiseborder Ensemble walks about the space and response back.

A debut all night concert featuring four of Navab's compositions as well as three improv performances.

Comedy and other (Selected)

A stand up comedy sketch and musical performance on the theme of mic check and podiums.

An experimental Alternate Reality event that combines transmedia storytelling, performative, magical portals, and site-specific events unfolding in Chicago over the course of these three and a half weeks.

At the laboratory for Computer Aided Medical Procedures at two universities.

Commission to design gesturally sensitive sounding paper for an Intel design project at CIID. A printed object, with embedded gestural sound soft circuitry, in which the content of pages are heard, not read.

Series of human-computer interaction experiments with virtuosic musicians. The goal was to create an intelligent music machine/environment capable of co-improvisation live in concert alongside musicians from diverse backgrounds. A collaborative project between the Musical Representations team at IRCAM, Paris and a group of internationally acclaimed musicians visiting matralab, Montreal.

Direction of a complex machine-improve world premiere at the avant-garde music festival.

Curating an intimate bi-weekly series of transcultural and transmedia concerts and performances focused on open improvisation.

An artist collective exploring alternative modes of presentation with various media. Directed and produced a series of installations and interactive performances in various galleries and festivals across Canada.

Designed the Syllabus for and taught two Graduate Studies classes at ASU in the school of arts, media and engineering. One on the topic of “Advanced Interactive Sound” and the other was a “Capstone”, an intensive research-creation project class for students in their final year of studies.

Fully designed the syllabus for and instructed the course Real-Time Video Programming in the Department of of Design and Computational Arts. An introduction to real-time video and computer vision techniques in Max/MSP and other programming environments. 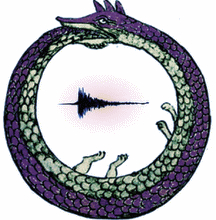