For immediate advice, ask a 4chan member in-game or through your specific server’s private Discord

Vanilla WoW is an entirely different creature than modern WoW, or even Wrath of the Lich King or Burning Crusade. There are several things about the game that don’t make sense in modern thought, such as +Spirit on warrior gear, and there are several stages of the game that are unnecessarily complex. The objective of this reference document is solely to get you, the player, to level 60 in a safe, efficient manner.

This guide isn’t all-inclusive. The reader is going to have to listen to their future guild mates and other players about specific details, but this information will suffice to get the player in a comfortable state while progressing to end-game content. Please remember that Vanilla is truly a “journey is the destination” game; most people don’t see level 60 until about ten days in-game /played.

What’s important to remember is that you’re going to be playing this class for a very long time. While most people are confident in their choice of a class as they have leveled before, for new people this should give you a rough idea for which class to choose.

Leveling is about getting from Point A to Point B. Effective levelers can kill mobs as fast as possible, with little downtime. Leveling also incorporates usefulness in dungeons.

A group PvE environment takes into consideration exactly what role a class is trying to fulfill. These are divided into three sections: Tanking (the ones holding the aggro of monsters), healing (the ones keeping the group alive), and DPS (the ones killing mobs).

Most private servers, despite using Patch 1.12 itemization and talent trees, still offer “progressive” content. Due to how many specs are available, and how volatile they are to change, this section will not cover actual trees; instead, it is encouraged to ask what your guild needs for raiding. A good example of this principle is that raiding guilds only need one Frost mage to get Winter’s Chill, but only if the guild can afford the de-buff slot, and only if it’s before Blackwing Lair is cleared.

PvP has two flavors: Battlegrounds and World PvP. Battlegrounds generally refer to “group PvP” since you’re always with a team, which makes supporting classes that can heal more important, while WPvP, or solo PvP, cares more about doing as much damage as possible to any players one comes across.

Private servers invariably use Patch 1.12 talents, meaning very little in PvP specs change. As such, we will provide links to sample, cookie-cutter builds.

There are two different theories when it comes to leveling. The first is that the only thing that matters is getting to 60, and talents should be chosen to dramatically increase killing ability while reducing downtime. The second acknowledges that the player may be on a PvP server, and therefore it is more beneficial to choose talents while leveling that allow for survivability. Therefore, this guide may include notes on alternative talents for a class to choose from to suit the player’s mindset.

Some players suggest using a tanking or healing spec while leveling, because it’s easier to grind dungeons. This argument isn’t valid in Vanilla, because running instances doesn’t provide nearly the same benefit here that it does in later expansions. A solid DPS spec is still capable of tanking or healing while leveling, and most anyone who says otherwise is generally recommended to avoid.

At about level 52, it’s possible for classes wanting to tank or heal high-level instances to re-spec into a tanking or healing tree. This is a good option for players who have more time to dedicate to the game.

This guide assumes the player is wanting to use the most-efficient builds for leveling, and provides images for those builds. However, links are provided for alternative choices, giving a note about why such choices are less than ideal. 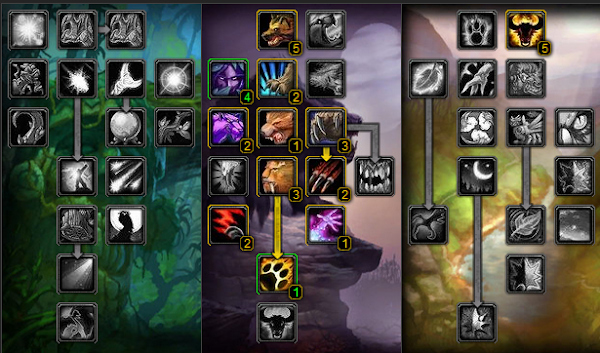 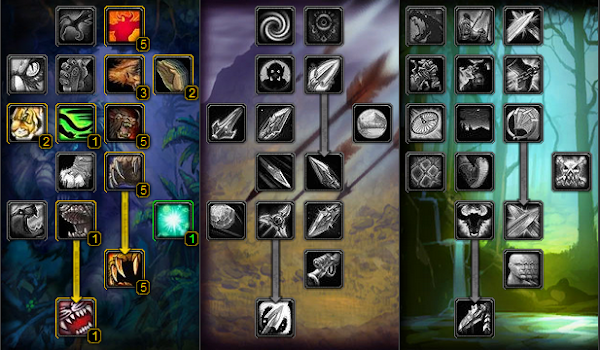 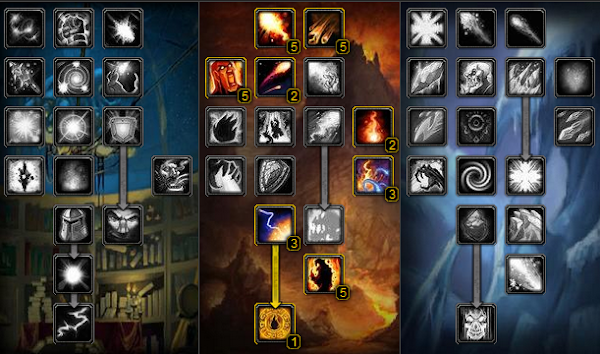 Note that you can move 2 points from Ignite into Pyroblast and Blast Wave, if playing on a PvP server. 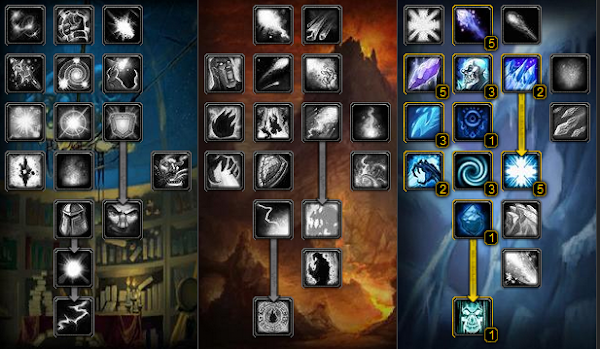 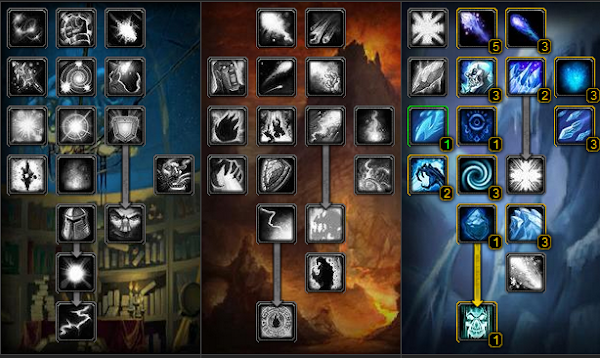 Note that while Blizzard does gain a chill effect at level 24, it’s not recommended to start performing AoE until you’ve gotten its chill effect to 65% to give Frost Nova more time to get off of cooldown, and Cone of Cold is boosted by 45% to deal more damage. 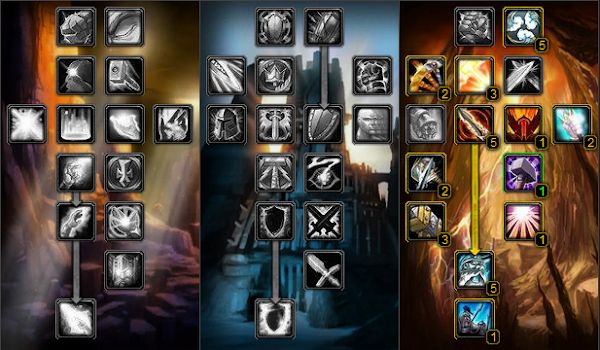 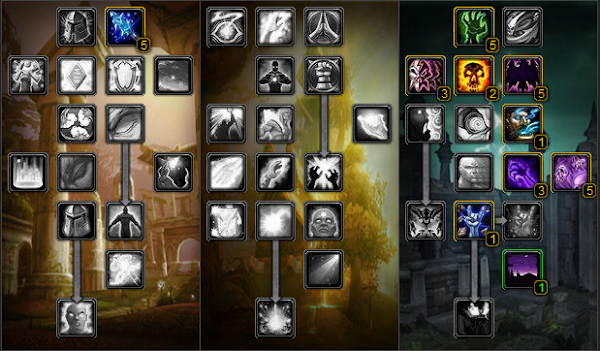 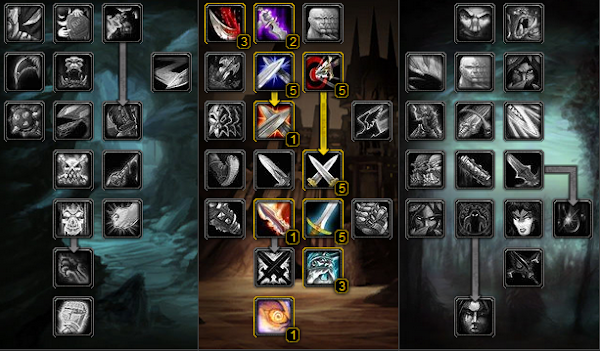 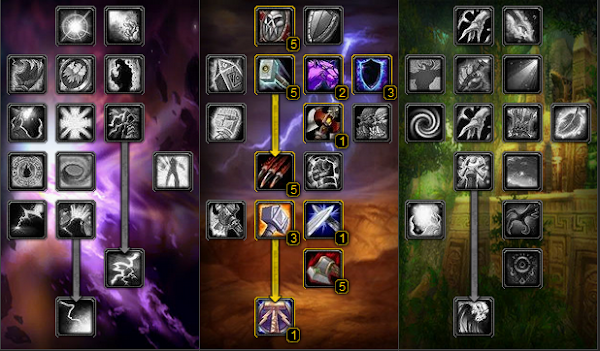 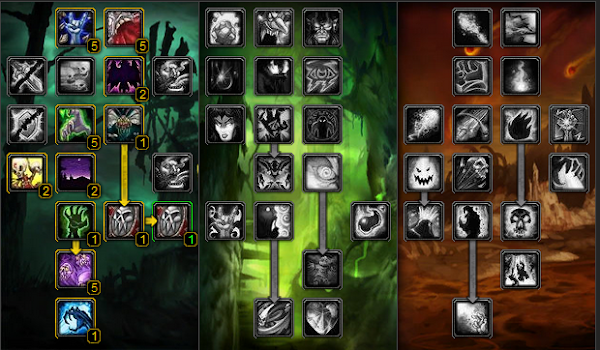 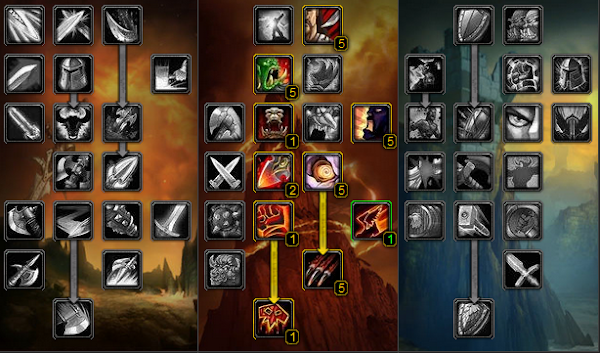 Q: Do I have to min/max my race and class?

A: Of course not. Back when Vanilla was live, min/maxing wasn’t necessary to complete raid content. There are people who are adamant today that it’s “absolutely necessary”, but these same individuals also laugh at how easy Vanilla is while using BiS gear instead of questing greens and using every world buff and flask available to clear Molten Core. What’s most important is that you pick a race and a class that you enjoy aesthetically and style-wise.

Q: Are you sure I can’t level as a healer or a tank?

A: You can, but there is no point. Classes leveling with a DPS spec can still provide good tanking and healing in an instance. At level 52, if you would like to respec to a healer or a tank to run high-level dungeons, that’s absolutely fine, and even encouraged.

Q: What are the stats I should look for while leveling?

A: Druids: STR>AGI>STAM>INT; Hunters: AGI>AP>STAM; Mages/Warlocks: SP>INT>STAM; Paladins/Shamans: STR>STAM>AGI>INT; Priests: SP>SPI>INT>STAM; Rogues: AGI>AP>STR>STAM; Warriors: STR>STAM>AGI. Also note that classes capable of healing should also keep an eye out for any +SPI or +INT gear they find, and hang on to it. That way, during a dungeon run, they will have gear available to them to heal better. Warriors, similarly, should hang on to a shield and good one-handed weapon to tank with in a dungeon.

A: It varies. Some parts of leveling are slogs for some classes, while other parts are so much faster thanks to better questing paths, learning a new ability, or getting new weapons. In terms of raw experience, level 32 is 25%, level 44 is 50%, and level 53 is 75%.

Links to Guides and Add-Ons