Women's History Month gives us a special opportunity to celebrate the accomplishments and achievements -- and sacrifices -- of American women and to be empowered by hearing women’s stories.  DVDs, books and websites help us gain appreciation of the long struggle which gained American women the right to vote, and then to share that history with children and young adults to help them appreciate what our country has achieved so far.

Two particularly excellent DVDs focus on the women's suffrage movement in the US, and both are available in the libraries of the Pinellas County Library system.

First, Iron Jawed Angels was directed by Katja von Garnier and stars Oscar-winner Hilary Swank and Anjelica Huston (who received the Golden Globe Award for Best Supporting Actress for her work in this HBO film); it tells the story of Alice Paul and Lucy Burns, two young women's rights activists participated in the suffrage battle -- through White House pickets, imprisonment, hunger strikes, and force-feeding. Recommended for viewers 13 and up. 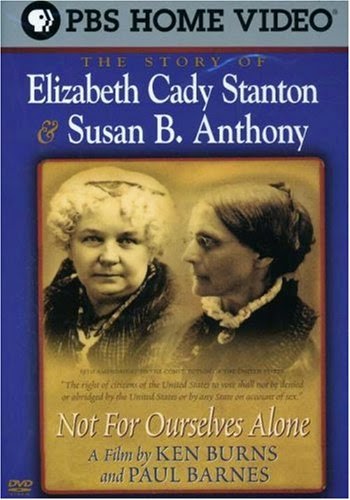 Second, Ken Burns' Emmy Award-winning documentary Not for Ourselves Alone: The Story of Elizabeth Cady Stanton & Susan B. Anthony recounts the trials, tribulations, and triumphs of two pioneers striving to give birth to the women's movement and their drive to secure the right to vote for American women.

If you wish to introduce children and youth to the amazing women of the US suffrage movement, check out the reading recommendations this Mighty Girl website post: How Women Won the Vote: Teaching Kids About the U.S. Suffrage Movement. Many specialized historical resources may be found on the Women's History Month webpage for teachers. 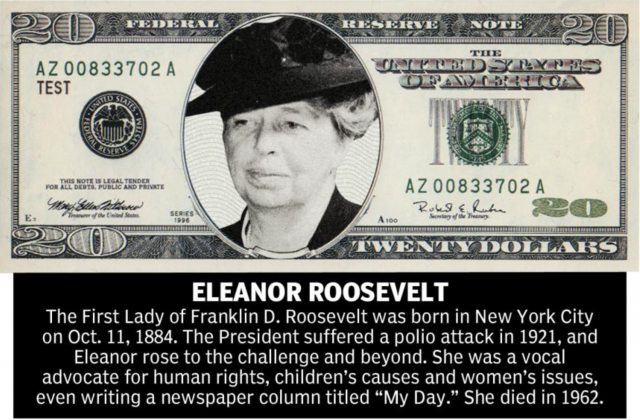 One current noteworthy campaign relating to women's history is the effort to put a woman's picture on the $20 bill. The website Women on 20s urges that decision be implemented by 2020, the 100th anniversary of the 19th Amendment which gave American women the right to vote.

On that website, you  may vote for 3 of any of the following American women leaders (there will be a later run-off vote and the names are listed here in the same order as they are presented for voting):  Shirley Chisholm; ‎Betty Friedan; ‎Frances Perkins‎; Rosa Parks; ‎Rachel Carson; ‎Sojourner Truth‎; Barbara Jordan‎; Patsy Mink‎; Eleanor Roosevelt; ‎Susan B. Anthony‎; Alice Paul‎; Elizabeth Cady Stanton‎; Harriet Tubman‎; Clara Barton‎; and/or Margaret Sanger‎.  A brief biography of each woman is on the website.

It's a perfect project for Women's History Month, so go cast your votes!