Bit Films is an independent digital production studio existing at the intersection of industry and academia. This summer, we are offering multiple unpaid internship opportunities on our ongoing animated film projects. They are ideal for students (18+), recent graduates, and those wishing to gain more studio experience in their field.

Project summaries, position descriptions, supervisor biographies, and an intern FAQ are located below.

Intern applications are due (via email) by Friday May 17, 2013 at 5pm (EDT). We plan to inform applicants of their status via email very soon after that date. Please follow the application instructions closely! Incomplete or improper applications will be rejected. Late applications may be considered but only if positions remain available.

A short 3D animation based, like Elephants Dream, in free/libre software, Tube is also a new experiment in distributed collaboration. Tube plays on the ancient Gilgamesh poem, in a variant of the hero's progress that becomes the animation's own frames. 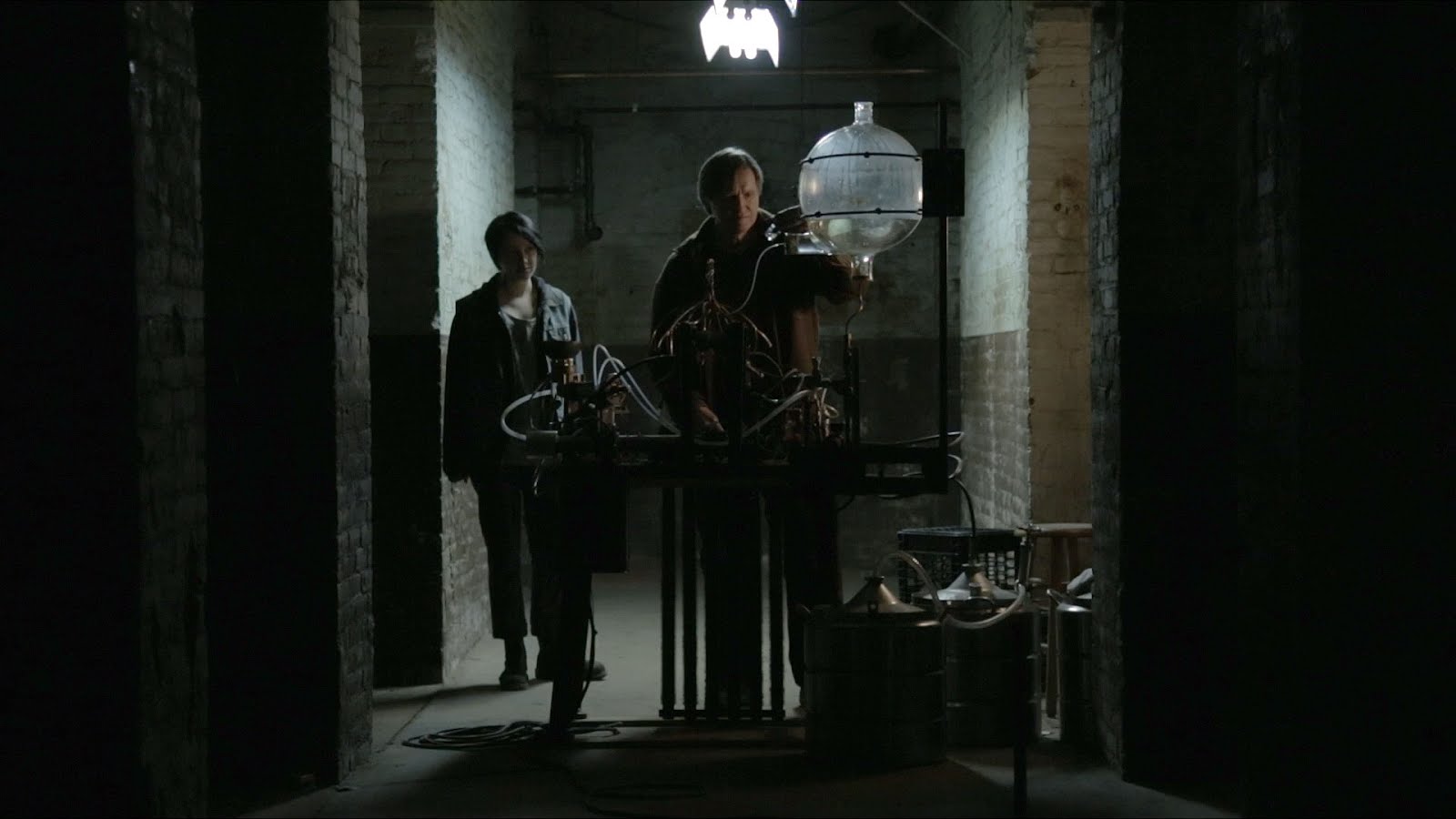 In a near-future America, agriculture as we know it is dead. The hand-cultivated plants that sustained humanity for millennia have been replaced with a handful of genetically-modified corporate creations. Most have given up any hope of ever restoring Nature’s bounty, but one lone inventor, one tireless crusader, and one daring young woman prove that all is not yet lost.

Tube’s final steps involves timelapse and crowd sequences. Generalists main tasks will be involved in finishing these, including modelling timelapse and some crowd elements, using simulation and scripts to populate the crowd scenes, and using various animation tools such as shapekeys, tube scripts, and particles to age assets during the timelapse. Ability to work with shading, lighting and python scripting a plus.

Lighting is currently underway, using the brand new Cycles path tracer for rendering. Lighters both remote and local will be expected to use Helga and Subversion, and be able to work within our lighting pipeline to set up shots and prep them for render.

Interns interested in doing graphic design for posters / advertisements appearing in the subway station and train, or working on texturing 3D models (trains, the station itself, and secondary characters). Some of this may involve animated textures for a timelapse sequence. Texture artists will be expected to use Sparkleshare to share single .blend files and textures.

In addition to typical texture work there are many elements of graphic design in the 3D environments of Tube: Signs, Advertisements, and especially propaganda abound. This is a chance for a graphic design intern to work in/on a virtual environment, producing work that fits the overall themes and designs of the film.

Work closely with the producer to plan and coordinate elements of the Tube Open Movie including its funding campaign, promotion, and distribution. Act as videographer documenting the production process for occasional blog updates and gather making-of footage. Help shape community outreach and the dissemination of project news. Priority will be given to those literate with the concerns of free software and free culture. Valued skills include knowledge of Wordpress/CSS and a willingness to explore new technology as necessary. Beneficial but not required to be local to the Hampshire College production hub.

VFX artist(s): SEED (tracking/roto, 3D generalist, compositor)
SEED features two VFX challenges. The first is a photorealistic CG fruit growth sequence that has to integrate seamlessly with existing live-action plates. This will require motion and camera tracking, rotoscoping, creating a novel 3D effect (modeling, animation, shading, lighting, rendering), and compositing the various elements together. The other VFX needs require 2D tracking and compositing to flesh out/alter small components of our set (changing the text of a sign, for example). Remote internships are possible for candidates with significant experience in one or more of these areas.

Bassam is a 3D generalist filmmaker whose 2006 short, Elephants Dream, was the first 'open movie'. It established the viability of libre tools in a production environment and set precedent by offering its source data under a permissive license for learning, remixing and re-use. His character, ManCandy, began as an easily animatable test bed for rigging experiments; multiple iterations have been released to the public, and Bassam demonstrates him in the animated tutorial video, The ManCandy FAQ. Under the aegis of URCHN, Bassam is continuing to explore a model of production that invests in commonwealth. He teaches, writes and lectures around the world on open production and free software technique. Raised in Damascus, Syria, Bassam trained in the United States as an electrical and software engineer.

Resident film geek and evil genius, Fateh founded the URCHN libre media group to explore new modes of producing film and animation. She oversees and develops its programs as a creative partner responsible for screenwriting, producing, and design. Her work with Bassam has been supported by grants from private donors, the Robeson Fund for Independent Media and the Massachussetts Arts Council. She is the architect of the Tube Open Movie’s public campaign, which raised over $40K in essential production crowdfunding.

Chris Perry grew up in the San Francisco Bay Area before leaving in 1988 to attend college and graduate school in Massachusetts. After receiving his M.S. degree from the MIT Media Laboratory in 1994, he worked in the computer animation production industry as both a programmer and a user of the tools for producing high-quality computer graphics. This four-year tour took him from Rhythm & Hues Studios in Los Angeles back to the Bay Area where he worked at Pixar. In 1998, Chris returned to the east coast. He now teaches computer graphics and animation at Hampshire College, a small, innovative liberal arts institution in Amherst, Massachusetts. Chris completed an MFA degree in Computer Art at the University of Massachusetts (2007). He has written and directed three animated short films. Chris lives in Northampton with his partner and their two children.

A: Interns will get to work on cutting-edge non-commercial graphics and animation projects under the mentorship of professionals in the field. Interns have access to fully-equipped workstations and a substantial computer animation  infrastructure to produce this work. They also receive screen credit in each final production they worked on, and a written evaluation detailing their contribution if needed. The internship is an opportunity to significantly add to your demo reel. Strong interns often continue as visiting artists and members of the remote crew. These internships can be a valuable chance to develop your skill set and industry contacts in a stimulating and fruitful environment. We make every effort to respond to the interests and career advancement needs of participant interns.

Q: Are these paid positions?

A: No, these are unpaid positions. Interns are responsible for their food and other expenses, but there is a possibility that housing and transportation can be provided.

Q: Who can apply?

A: Applications are welcome from current students (18+), recent graduates, and those interested in gaining further studio experience in their field. Previous applicants are welcome to apply again, whether or not they were accepted for a position in the past. NOTE: A reel and resume are not required for current interns applying for another internship. Simply send the cover letter.

Q: Are they full-time positions?

A: They certainly can be, but applications are welcome for both full- and part-time participants.

Q: Must I be available for the full internship period to apply?

A: We are open to considering special arrangements.

Q: I'm a current student. Can I use one of these opportunities for school credit?

A: It depends on your home institution and your academic advisers. Hampshire College Division II exams often contain documented volunteer work, but be sure to consult with your Division II committee before forging ahead. If your institution won't directly give you credit for this work, you may want to speak with your adviser about casting it as an independent study course.

Q: How will interns be selected?

A: Applications will be taken via email and selections will be made by the supervisors based on the strength of each applicant's materials. Offers of positions will be communicated via email no later than one week past the application deadline stated in the initial announcement. If a suitable candidate is not found for a given position, that position will not be filled.

Q: Can I get feedback on my application materials?

A: The supervisors generally do not have time to offer feedback on application materials.

A: Send your full application (see below) via email to internships@bitfilms.com.

Q: What is a "full application"?

A: A full application includes a cover letter (PDF), a resume (PDF), and an online digital reel (URL). In the cover letter, please identify which internship(s) you are interested in and why you are seeking this/these position(s). The resume should highlight any relevant work and/or course experience related to the position you are seeking. There has been much written about what are the elements of a good demo reel. Please consult Pixar's How to Create a Demo Reel page (as well as others) for advice.

Q: When is my application due?

A: See the top of this document for the specific dates related to this internship session.

Q: What is the location and what are the hours of the studio?

A: Production takes place in Hampshire College's Animation Incubator Studio, in Adele Simmons Hall on the Hampshire College campus. The location is open on weekdays from 9am-4:30pm (with extended evening hours until 11pm on most nights). During the fall and spring terms there is easy access to public transportation; interns typically carpool or bike to the studio during the summer session.

Q: What if I have more questions?

A: Email them to internships@bitfilms.com. 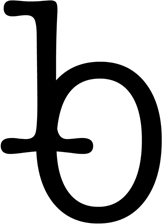