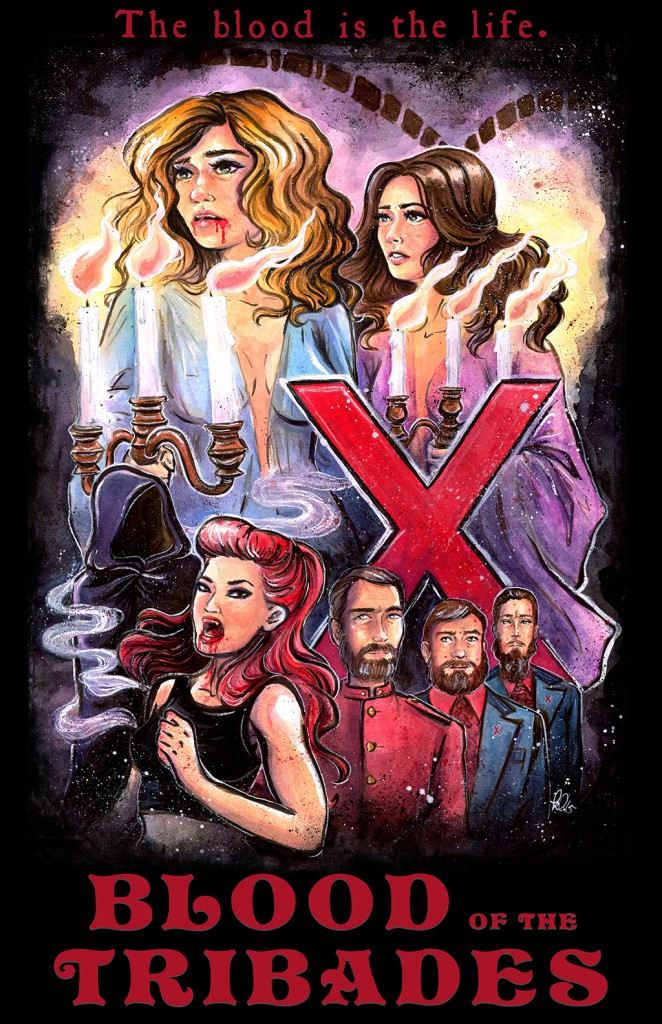 2000 years after the great vampire Bathor established the village of Bathory, superstition and religious violence take over as the men and women battle for control. When the men are afflicted with a mysterious illness, they become certain that the vampire women of Bathory are responsible for their ills, and thus, the hunt begins! Long-forgotten lovers Élisabeth and Fantine find that, with the help of those who were banished, it is their fate to piece together the past and help preserve what little of their society remains before Bathor’s impending return and judgment.

"...a considerable achievement visually, with meticulously considered shot compositions and a lush colour palette that enhances and foregrounds the colours of the natural world. Pink skies reflect in slivers of water and nature’s various shades of green seem to pulsate from the screen"

"...acts as an attack on those who bend religion to their own ends, and serves to highlight the detriment (to both men and women) brought about by patriarchy and male privilege." - Kevan Farrow, Scream

"...the film examines the perception of women in an oppressively masculine society, one in which they are taught obedience and complacency, remaining the unwitting victims of theocratic doctrine weaponised by dogmatic fundamentalists...8/10" - Andrew Marshall, Starburst Magazine

“...refreshingly uncommon...featuring a unique, fully realized world unto its own—a world populated by vampires that roam forests and ruins...one with its own hierarchy and class system in place. Besides the immersive mythology of the piece, the impressive array of locales—many absolutely gorgeous—on display in this film is astounding…” - Daniel XIII, Famous Monsters of Filmland

“...is a love letter to offbeat lesbian vampire films and a portent discourse on self-identity, feminism, and the violence wrought from religious dogma. Fans of subversive cinema and vampire lore alike should find plenty to appreciate" - Chris Hallock, VideoScope Magazine Summer 2017”

"...Blood of the Tribades is a beautifully filmed and thought provoking commentary on the dangers of tradition and the constraints of gender roles...Directors Michael J. Epstein and Sophia Cacciola created a mind-blowing theatrical world with breathtaking visuals." -  Morbidly Beautiful

“Cacciola and Epstein have a real love and deep knowledge of 70s Euro-horror; and it’s that passion which shines through each and every cell of this movie” - Phil Wheat, Nerdly

Under the Gun Review