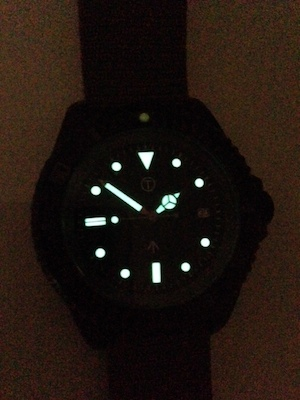 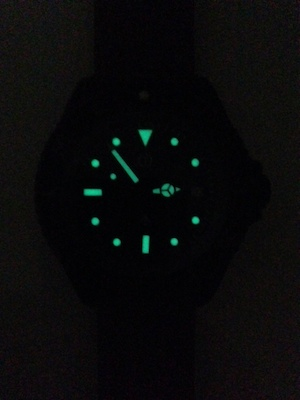 A lot of buyers ask us what the difference is between LumiNova or Super-LumiNova and Tritium-based devices called "gaseous tritium light source" (GTLS) The explanation is that Super-LumiNova is a brand name under which strontium aluminate–based non-radioactive and nontoxic photoluminescent or afterglow pigments for illuminating markings on watch dials, hands and bezels, etc. in the dark are marketed. This technology offers up to ten times higher brightness than zinc sulfide–based materials used on many basic watch models.

Super-LumiNova is based on LumiNova pigments, invented in 1993 by Nemoto & Co., Ltd. of Japan as a safe replacement for radium-based luminous paints.[ Nemoto & Co. was founded in December 1941 as a luminous paint processing company and has supplied paint with watch and clock industry for over 70 years so the technology is tried and tested and in the case of many of the watches we make the use of LumiNova or Super-LumiNova is indicated by an encircled L on the dial although a few retain the old T for historical reasons.

In effect LumiNova or Super-LumiNova acts like a light battery storing energy for release later when there is no longer any natural light. After sufficient activation by sunlight or artificial light, they glow in the dark for hours. Larger markings are visible for the whole night hence many military watches have large areas of paint on the dial and large hands in relation to civilian watches. This activation and subsequent light emission process can be repeated again and again, and the material does not suffer any practical aging so will be as good in 5 years as the day it was new. The pictures above give a good indication of the speed at which the pigment starts to lose energy and although it will normally be OK all night it can only get close to Tritium GTLS for the first hour or so where the Tritium watch stays the same all the time. The only downside of Tritium is the additional cost but if consistency is important I would go with Tritium everytime.

Tritium-based vials called "gaseous tritium light sources" (GTLS), that are an alternative to LumiNova or Super-LumiNova, they have the advantage of being self-powered and producing a consistent luminosity that does not fade during the night. However, they are radioactive and have a half-life of slightly over 12 years. This means the intensity of the tritium-powered light source will gradually fade, generally becoming too dim to be useful after 20 to 30 years.  We have found over the last 10 years that LumiNova or Super-LumiNova has improved immensely but if night performance is your priority GTLS is the way to go because where Super-LumiNova will fade as the night goes on the Tritium GTLS dial will say just as bright at 8am as it was at 8pm. There are some issues with the question of design because it is hard to get the traditional appearance with the hands using Tritium vials but in reality both Tritium and Super-LumiNova are fine and the decision really comes down to the fine details and exact requirements. 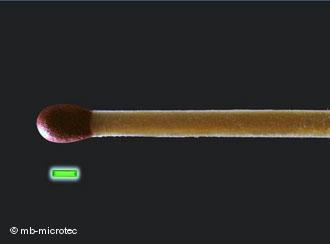 A Typical GTLS Vial which comes from our supplier 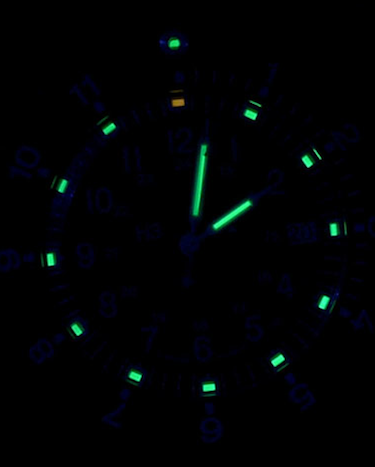