Use of AI Classic declined smoothly over 2014 from 26,000 users weekly to 8,000 weekly.  That’s in keeping with our MIT plan of having people transition off Classic to AI2.  We have not announced plans to discontinue the Classic service, but we’re no longer fixing bugs or making enhancements, and we strongly recommend that people not begin new projects or teach courses using AI Classic.

AI2 usage increased significantly over 2014 from 30,000 weekly actives in January 2014 to 93,000 in February 2015.    As the chart shows, there were large dips in April 2014 and over summer 2014 and a dramatic drop (60%) at Christmas.    This suggests that a great deal of App Inventor usage is happening in schools, although we’ll need to collect better information to verify that. 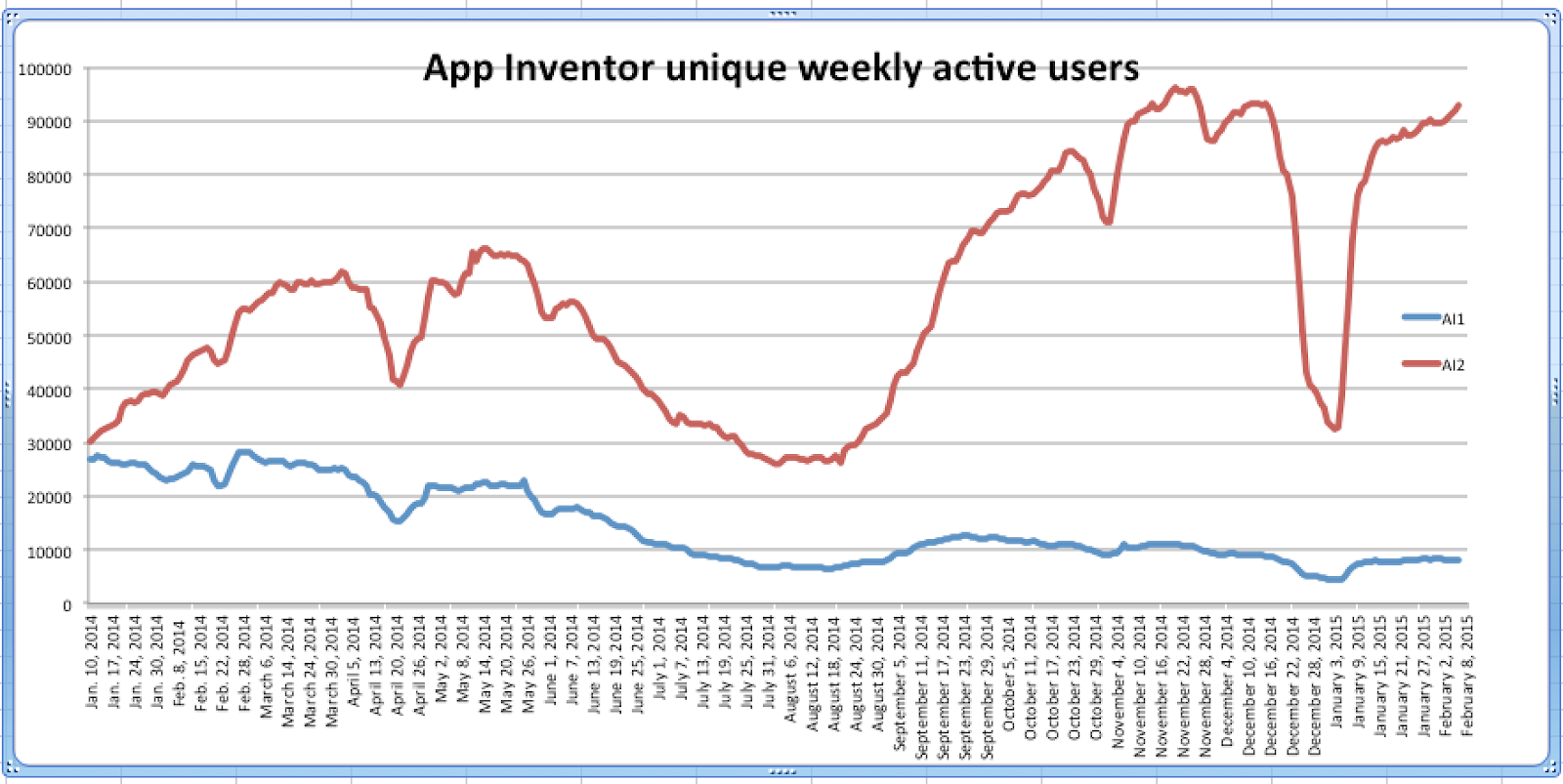