This is a guide or checklist of sorts of things you should be doing in various periods after Legion’s launch to prepare for raiding. It is separated into four sections: Leveling, first 24 hours at 110, first week at 110, and the rest of time until raids open. This also may differ slightly for EU depending on how the lockouts work out.

Here are some maps of quest objectives in Legion zones. They may not be entirely accurate (especially on Bonus Objectives). Storylines are also just places you pick up quest lines, not necessarily numbered storylines for the achievement. 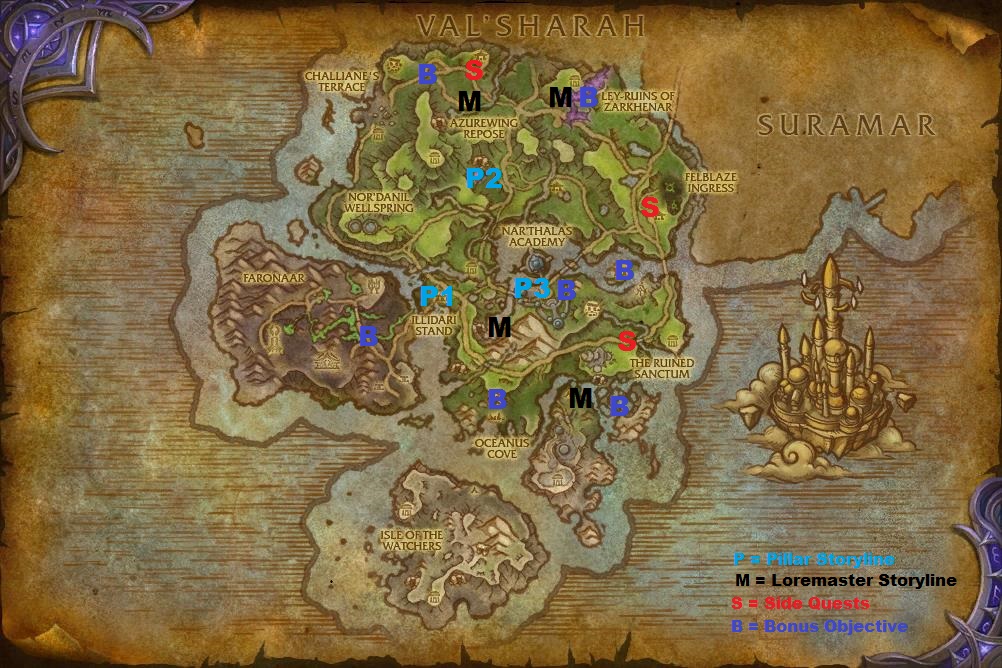 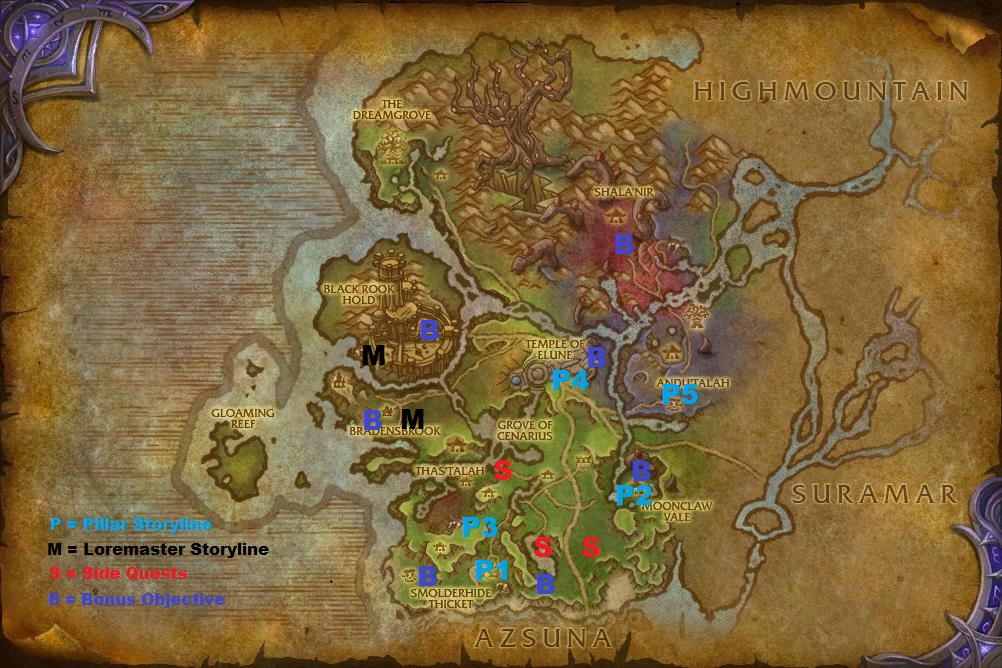 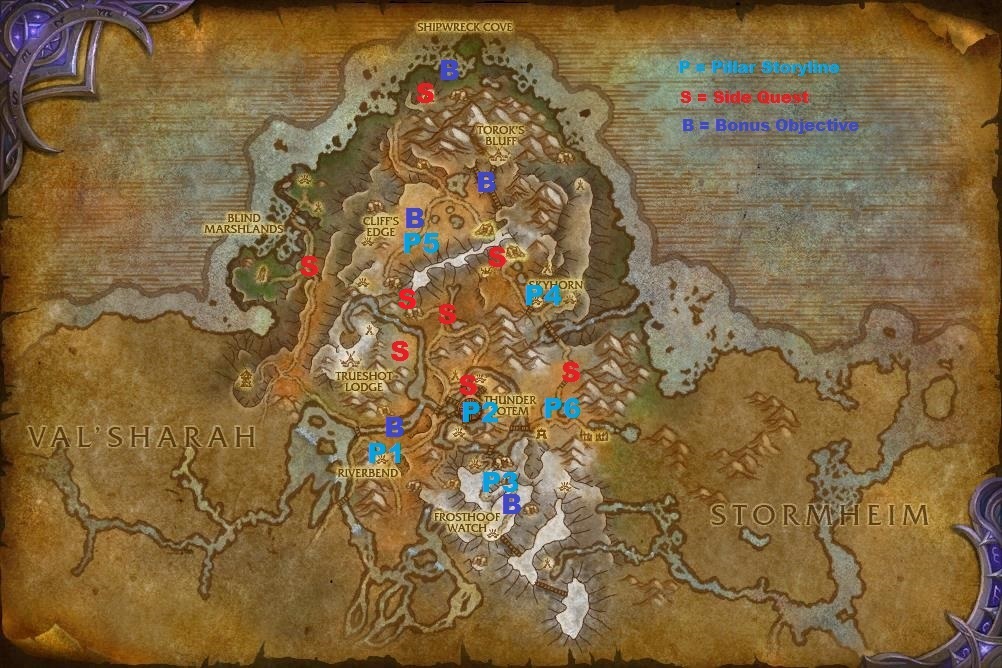 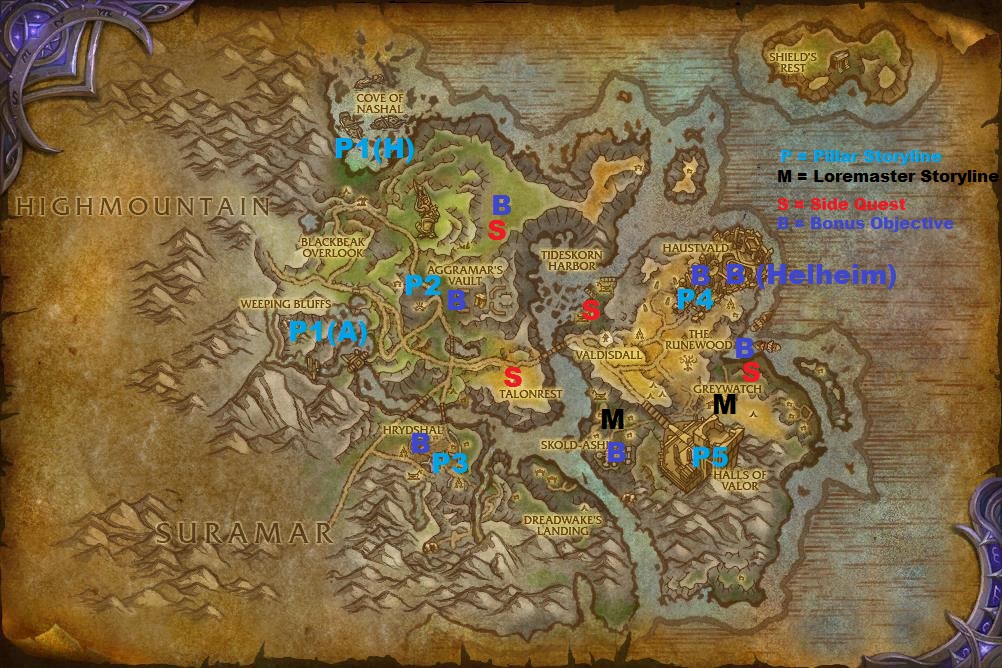 Rest of the time until Raids open

Thank you for reading and I hope you enjoy Legion as you prepare to face the Emerald Nightmare!

Created by Total, find me in the General Hospital Discord at https://discord.gg/0l64WMq72BKeRFFb if you have any questions or improvements or just want to talk about healing.