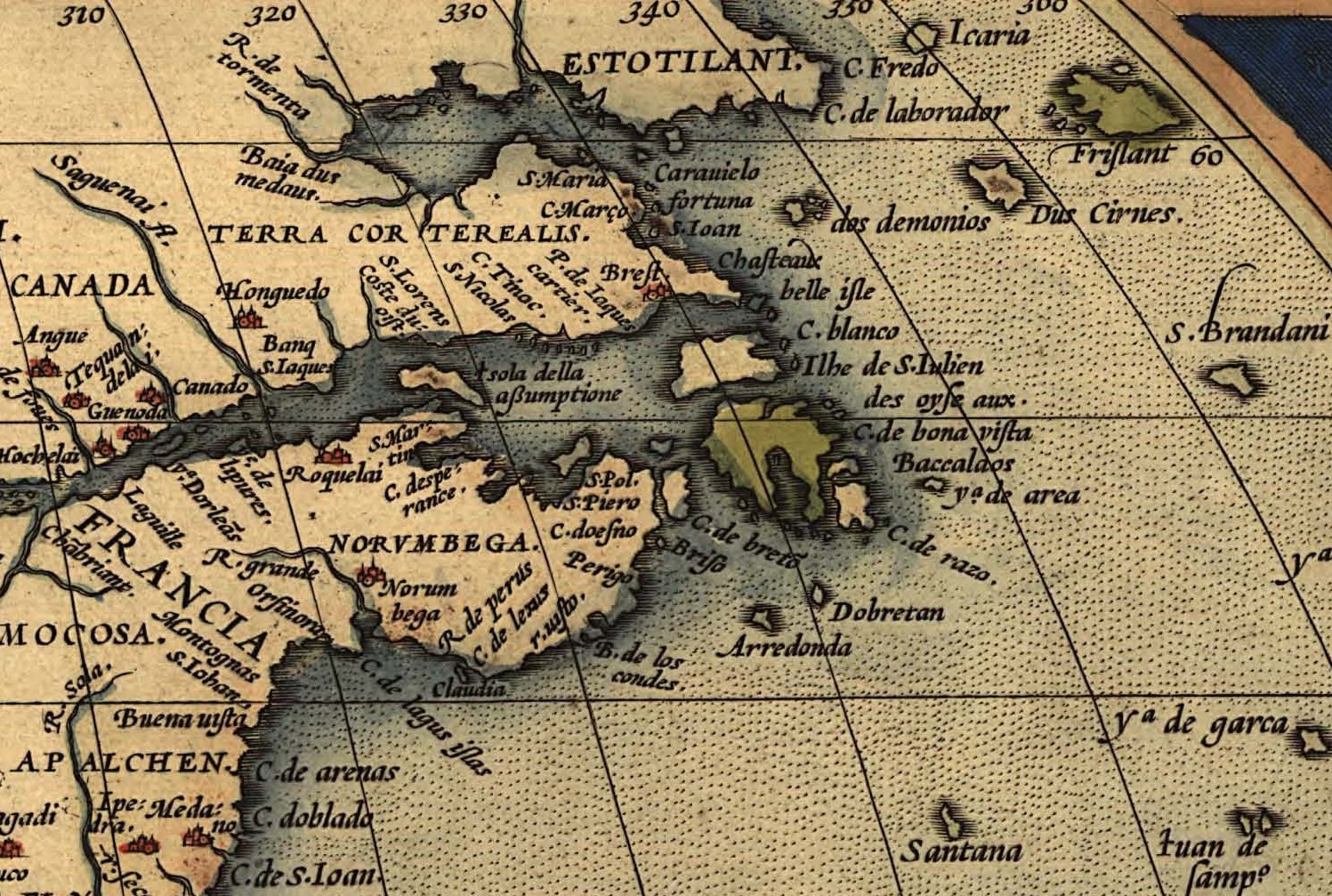 Norumbega, or Nurembega, is a legendary settlement in northeastern North America which appeared on many early maps from the 1500s until American colonization. The word "Norumbega" was originally spelled Oranbega in Giovanni da Verrazzano's 1529 map of America, and the word is believed to derive from one of the Algonquian languages spoken in New England. It may mean "quiet place between the rapids" or "quiet stretch of water".

The legend of Norumbega began with lost sailor David Ingram a 16th-century English sailor and explorer who claimed to have walked across the interior of the North American continent from Mexico to Nova Scotia in 1568. Ingram signed on with English privateer John Hawkins in 1567 to raid and trade along the coasts of Portuguese Africa and Spanish Mexico. In November 1567, he was marooned with some 100 of his shipmates near Tampico on the coast of Mexico, about 200 miles south of the present Texas/Mexico border. Ingram and two dozen of his party struck out northward into the interior to avoid capture by the Spanish, and disappeared off the map. 11 months later, in October 1568, Ingram and two others of his original party were picked up from the coast of Nova Scotia by a French fishing vessel. How they got there is attested only by Ingram's own account, written down 13 years later in 1582 by Sir Francis Walsingham (Ingram himself was illiterate) and published in 1589 in Richard Hakluyt's "The Principall Navigations Voiges and Discoveries of the English Nation of 1589." Hakluyt's second edition in 1599 did not contain Ingram's account, possibly suggesting Hakluyt's doubts about it. Samuel Purchas commented on this writing that “It seemeth some incredibilities of his reports caused him to leave him out in the next impression, the reward of lying [being] not to be believed in truths.” Ingram returned to the new world in 1583 with Sir Humphrey Gilbert in his unsuccessful attempt to establish an English settlement in Newfoundland.

He reported a populous and prosperous land dotted with large settlements, divided into a multitude of what he calls kingdoms with kings "carried by men in a sumptuous chaire of Siluer or Christal, garnished with divers sortes of precious stones.", mostly friendly and eager to help him along his journey. At the same time, much of his description of the country and its inhabitants seems fanciful, at least partly cobbled together from things he had seen or heard in his travels up and down the coasts of Africa and South America (he reported encountering elephants, a beast with "eyes and mouth … in his breast," and great cities "five or eight miles one from the other", e.g. "Bariniah, a Citie a mile and a quarter long" and that the Indians called certain birds "penguins" which he thought was just one of many Welsh words they used). Nevertheless, it is peppered with intriguing tidbits, including what may be the first recorded description of an American bison. Some scholars have questioned the entire story on the grounds that it would have been physically impossible to walk over 3,000 miles through the wilderness in only 11 months, but in 1999 British writer Richard Nathan retraced Ingram's journey in reverse, walking from Nova Scotia to Tampico in just 9 months. (Based on Wikipedia) 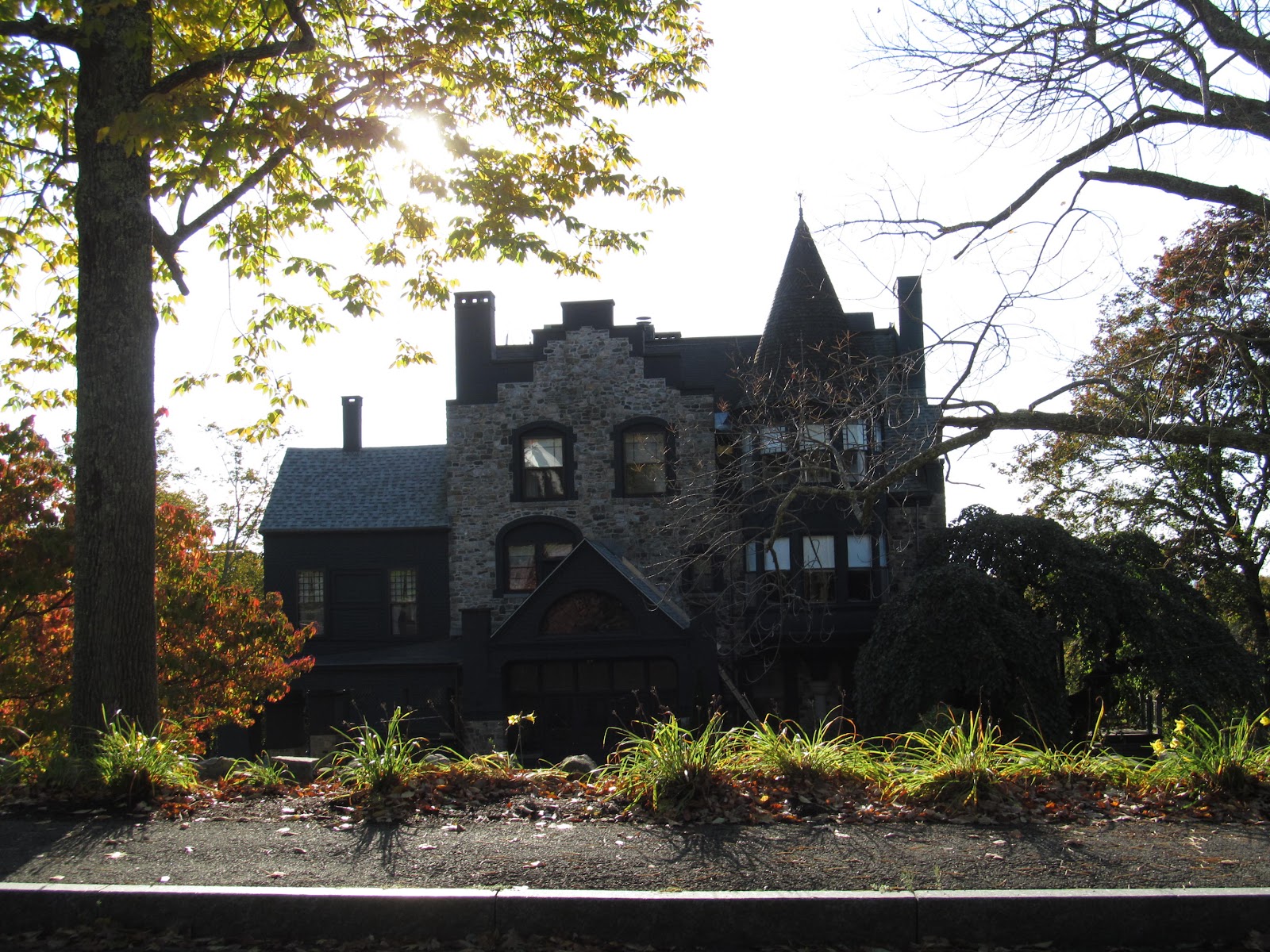 The real mystery is the existence of Norumbega itself. Described as a large city beyond the size encountered by subsequent explorers, some believed it was a fabrication while others believed it existed. But no one could find a “city” of the originally described size and extent. But, some believe that its disappearance can be explained by the decimation of Native American populations by the introduction of European diseases by people like David Ingram himself.

Assuming it did exist, its location is the next myster and some folks have been quick to claim Norembega as their own.  Early explorer and map makers placed it in New england.  Jean Allefonsce in 1542 reported that he had coasted south from Newfoundland and had discovered a great river. It often appeared on subsequent European maps of North America, lying south of Acadia in what is now New England. 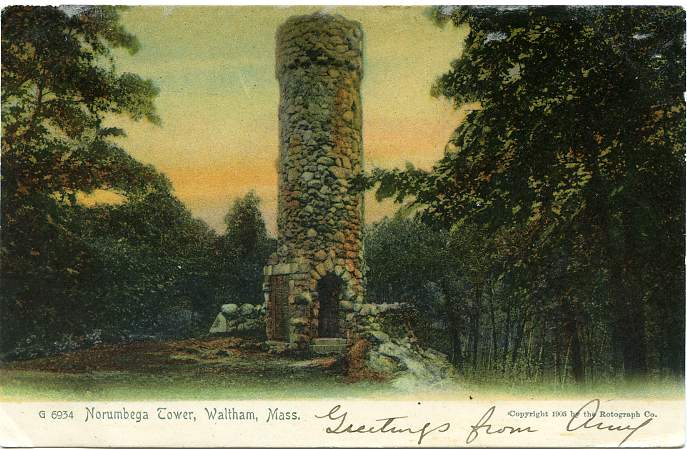 Bangor embraced the legend in the nineteenth century, naming their municipal hall "Norumbega Hall". In 1886 inventor Joseph Barker Stearns built a mansion named "Norumbega Castle", which still stands on US Route 1 in Camden, Maine, overlooking Penobscot Bay.Eben Norton Horsford linked the name and legend of Norumbega to supposed Norse settlements on the Charles River, and built the Norumbega Tower at the confluence of Stony Brook and the Charles in Weston, Mass, where he believed Fort Norumbega was located. In honor of Horsford's generous donations to Wellesley College, a building named Norumbega Hall was dedicated in 1886 and celebrated by a poem by John Greenleaf Whittier.

IS IT WORTH A VISIT?

Well this question should be is it worth the trip? As you can see Norumbega is claimed by various communities from Bangor to Massachusetts and elsewhere. Many of these localities offer interesting and exciting attractions and definitely the trip is worthwhile … But it needs planning. Here are some valuable links. Websites constantly disappear so we have archived key references in our resource file below.

New Norse Runestone in Nova Scotia | Norumbega, Vinland has it …

Gold, Mining and Prospecting: Gold Occurrences in the Norumbega ... 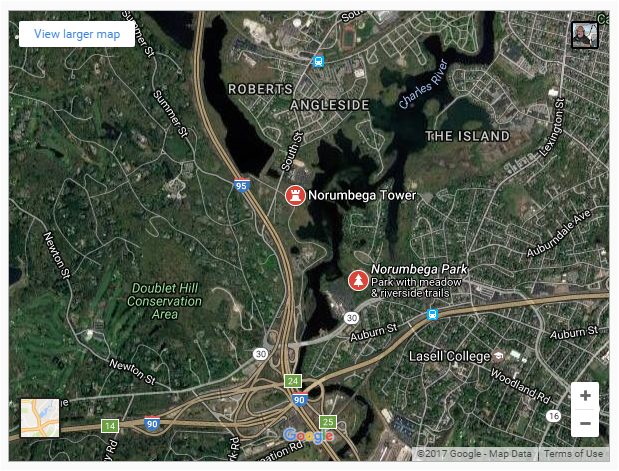 If you need additional references, and there are many of them out there, we have collected a few here for your use and enjoyment. Remember to observe the copyrights. 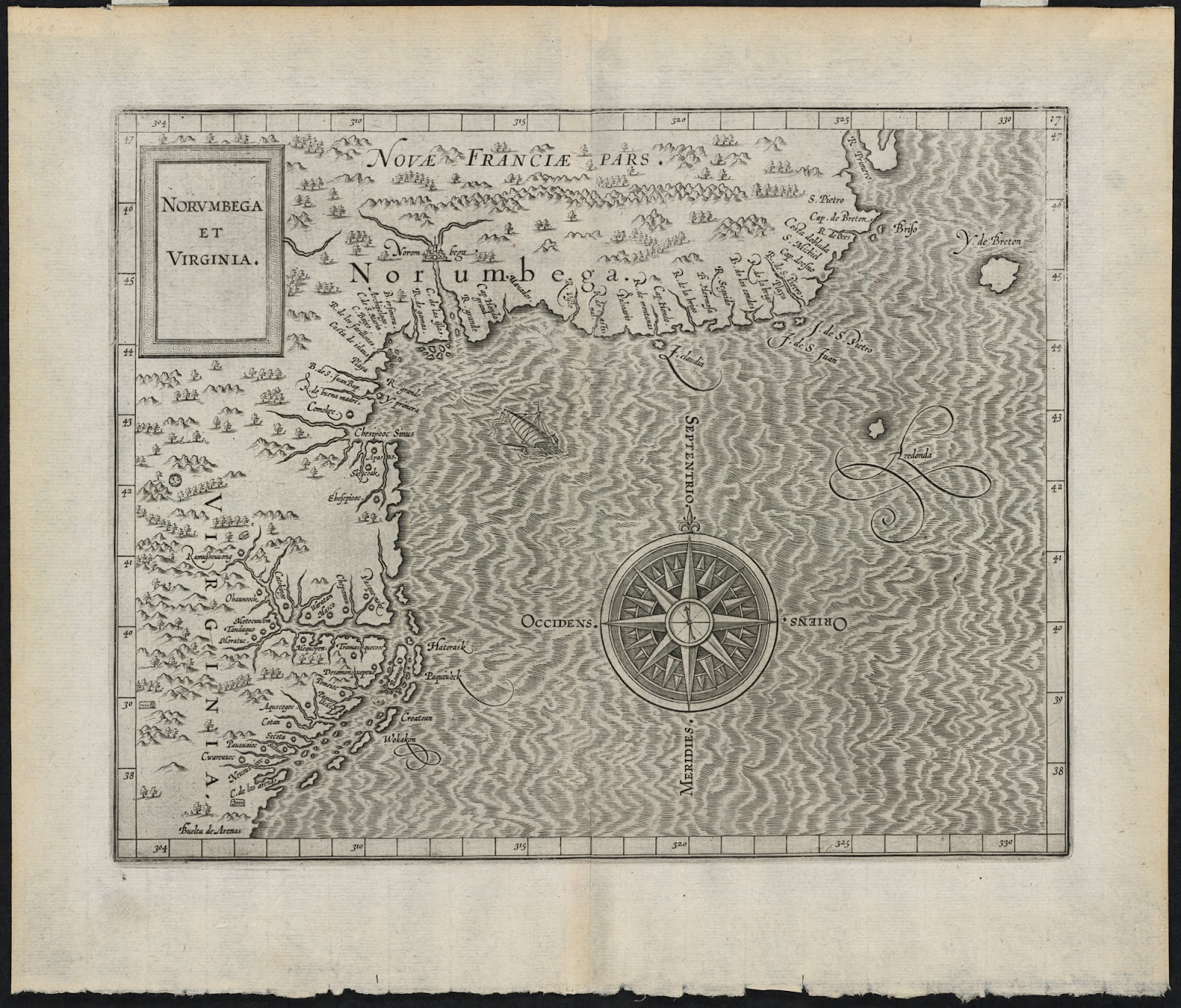 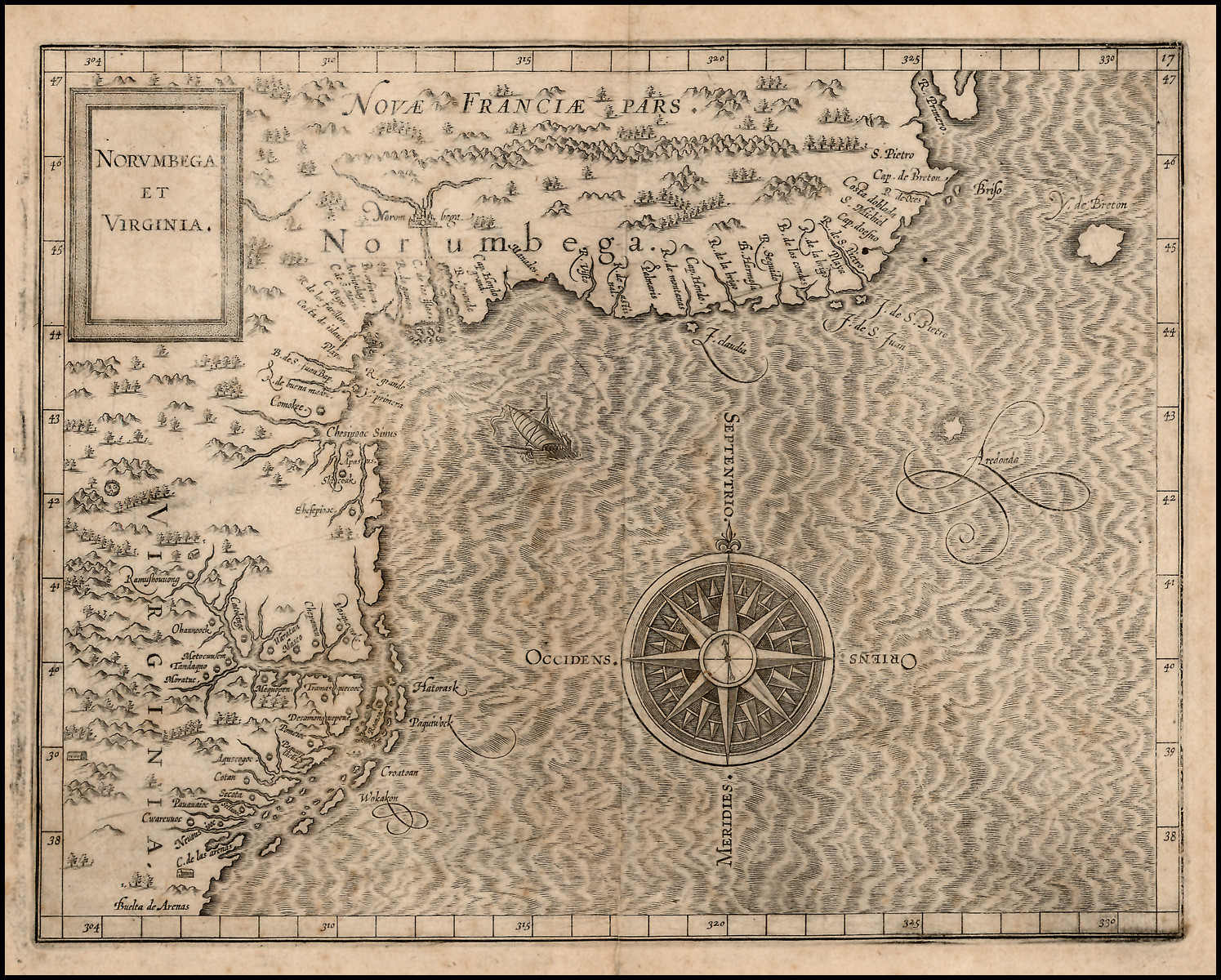