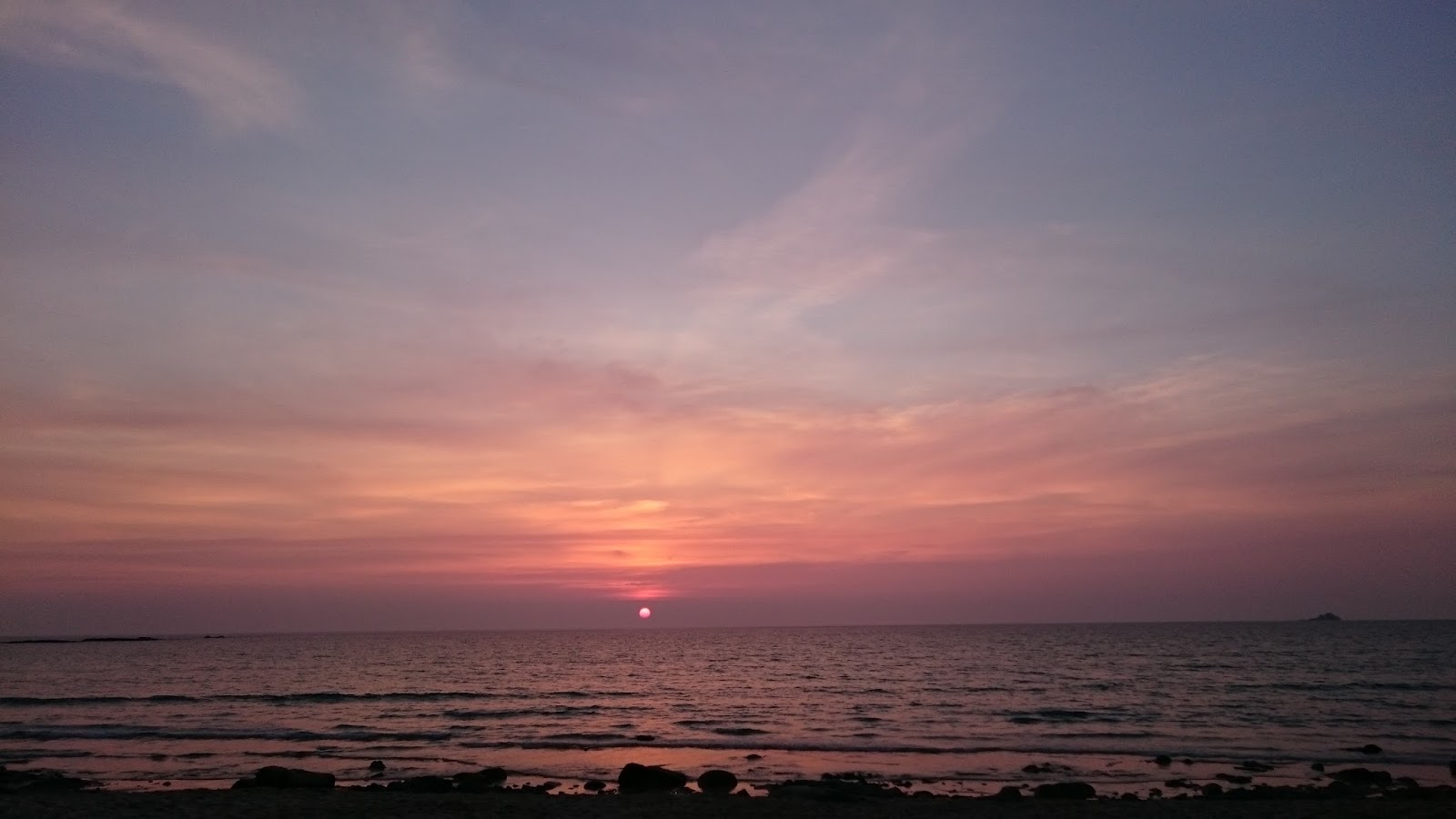 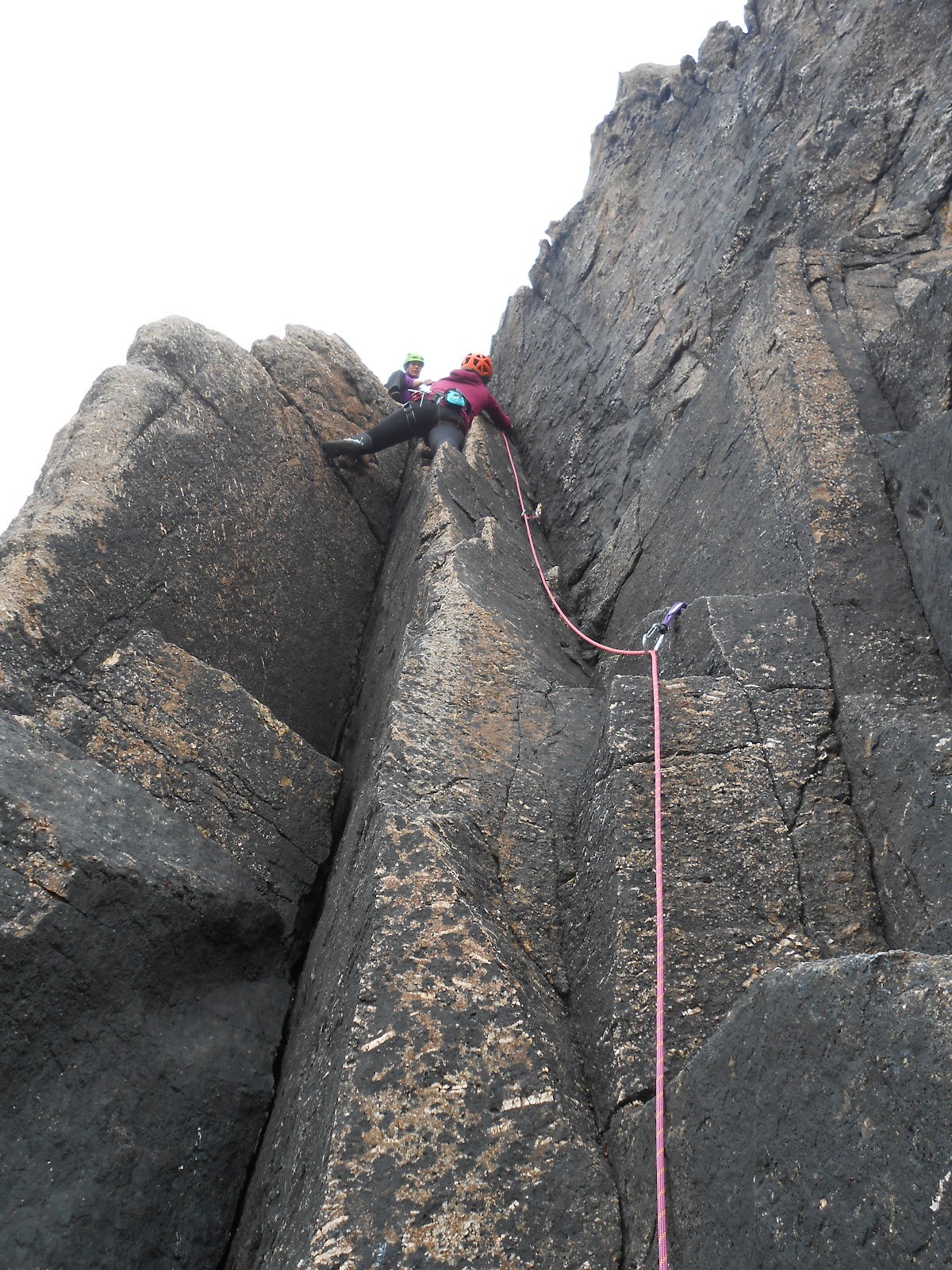 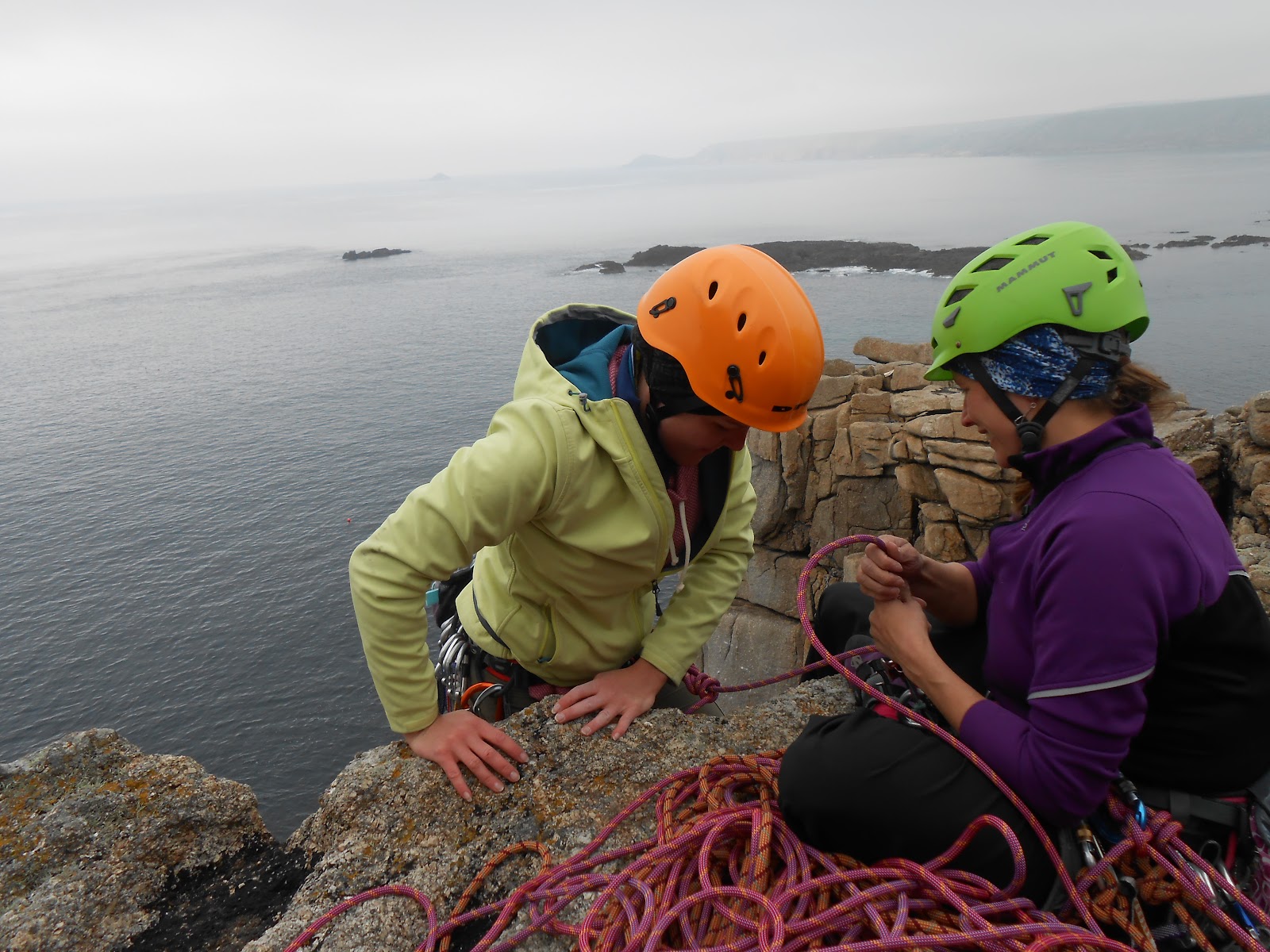 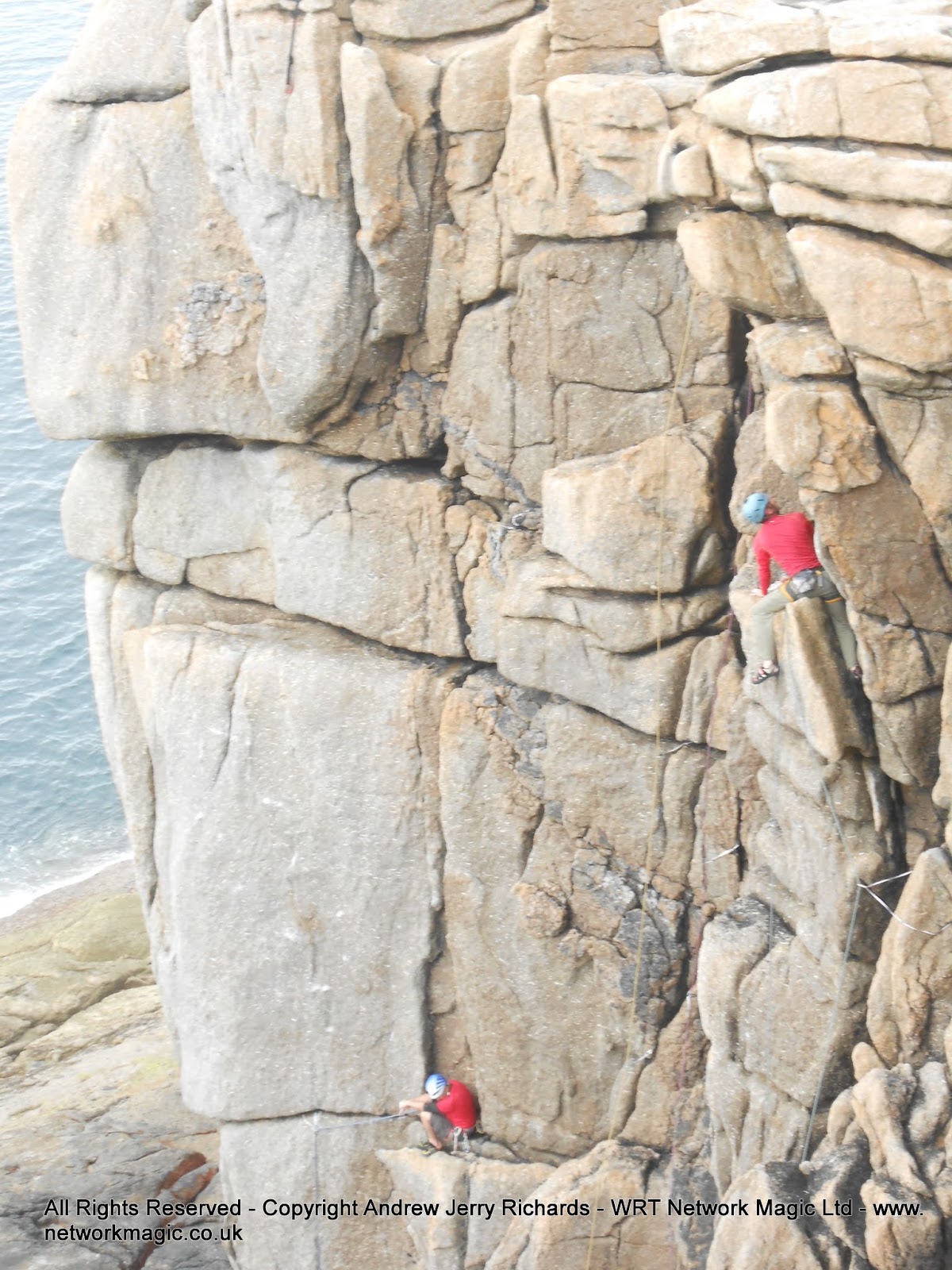 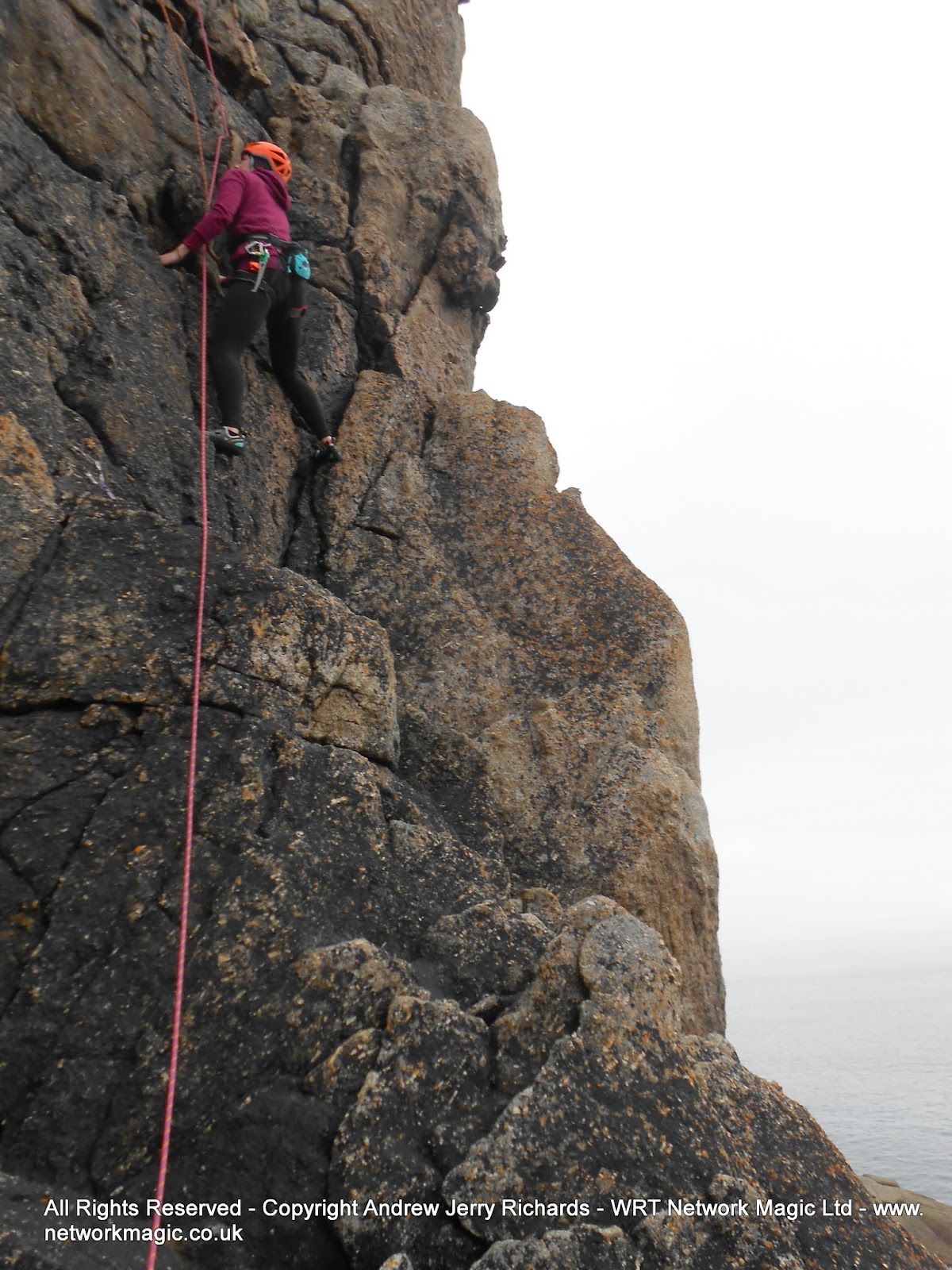 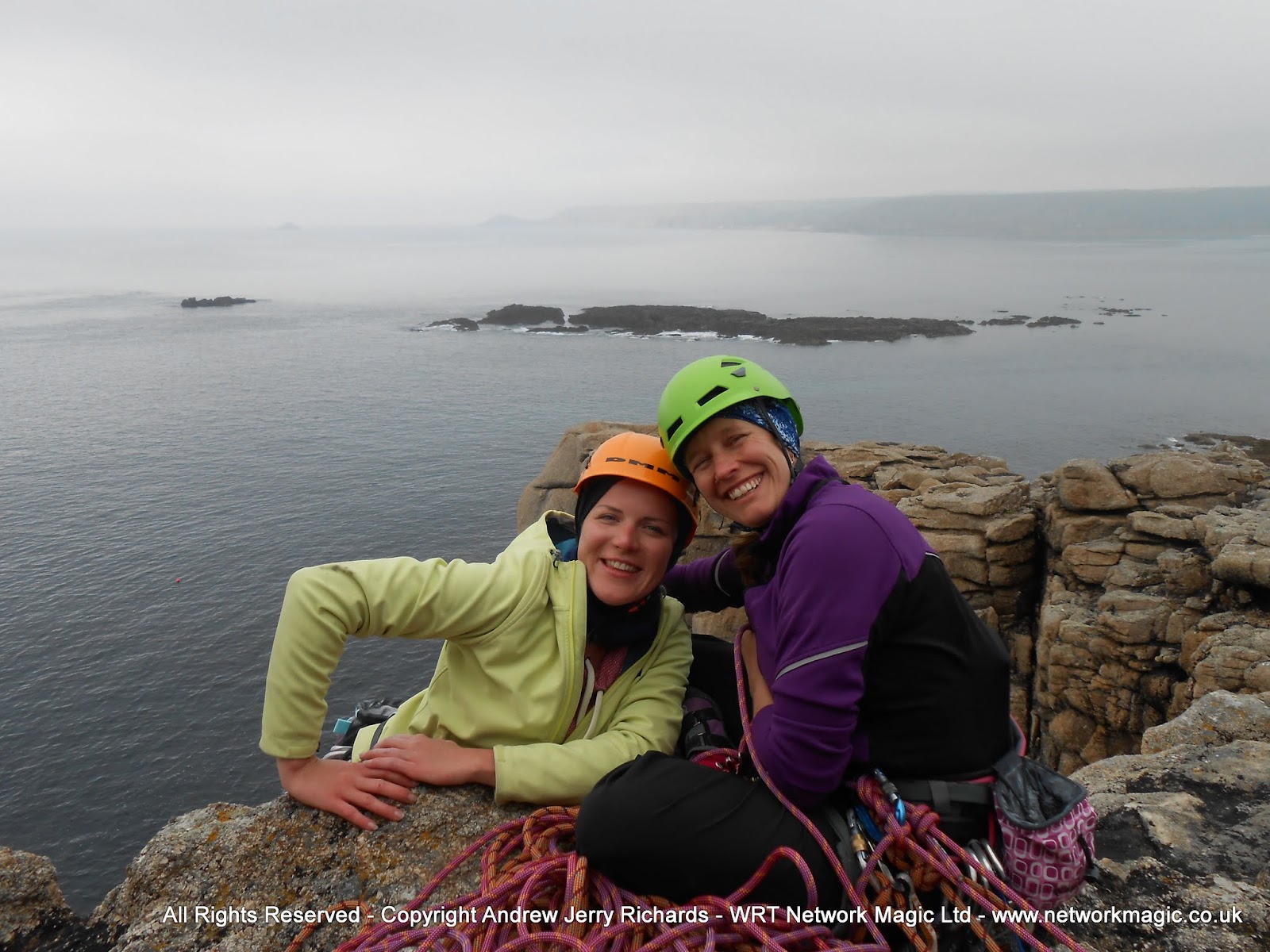 Incidentally the guy in the bottom left of the large photo above (yes the guy with his head in his hands), is trying to get a grip after nearly slipping off Demolition E6 6a.

After the slip he very awkwardly managed to retreat to the ledge! He eventually went onto to finish the route.
This picture (click here to see - http://www.ukclimbing.com/images/dbpage.html?id=3600 ) ...shows more or less, where the slip occurred, a certain ground fall if he hadn’t held it, but they did have a bouldering mat at the bottom!

Meanwhile Loz and myself had fun on Intermediate Route and No Name, before i went onto lead The Arete with Simon. After which we headed back into Sennen for well earned grog followed later by a lovely meal, with Champagne and amazing food (courtesy team Bowline girls and Loz), back at the St Just YHA. 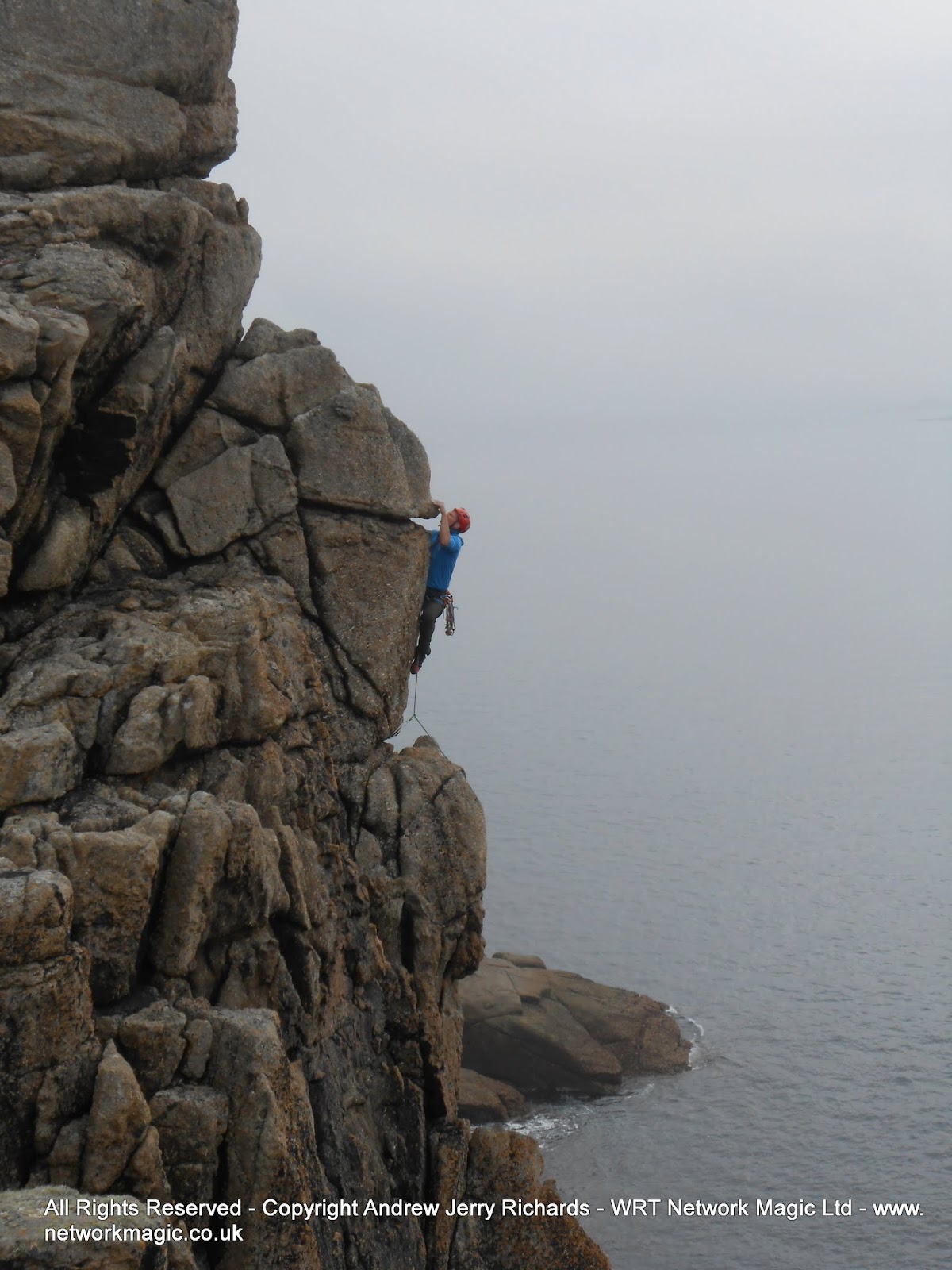 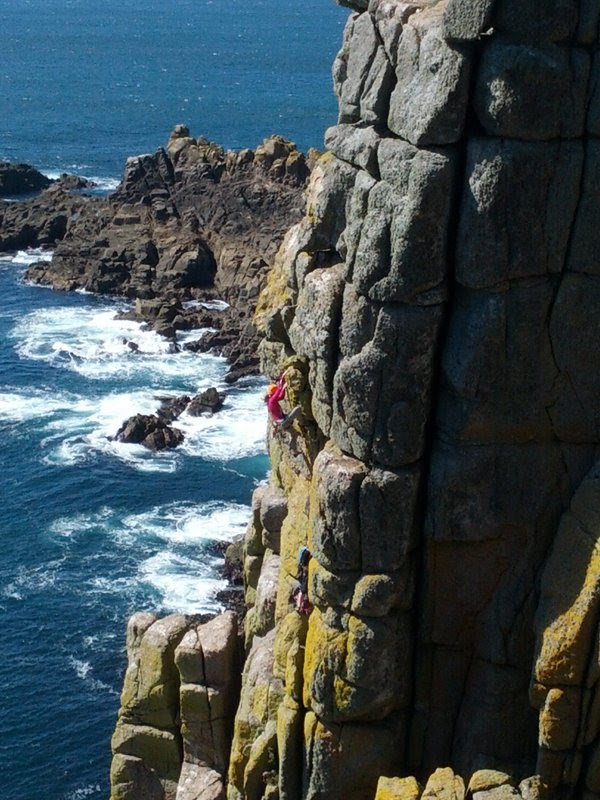 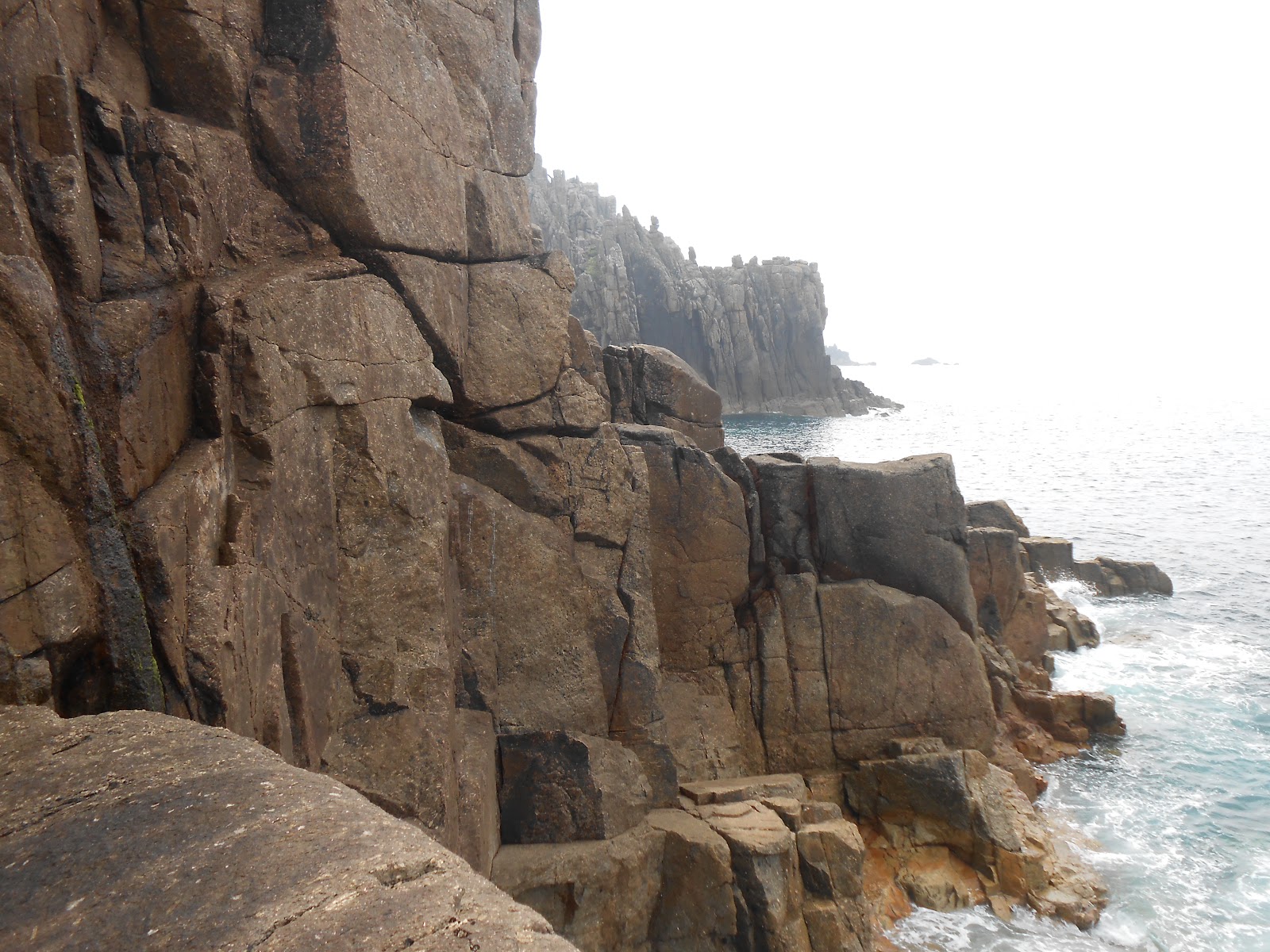 What... more sunshine and atmospheric climbing?
T’was lovely, over at Carn Barra, we scrambled down & abseiled onto a lovely sea ledge, waves crashing below us. We saw no one else all morning. Here Rob lead 2 awesome routes HVS 5b and E2 5c ( ish, i think), with myself and Charlene enjoying the simple but strenuous beauty of trying to cling onto Robs coat tails.
And then a little later, from the very same ledge, i had a not insignificant struggle with Axis - VS 5a
WELL I FELL OFF, the rather bold start...! Very little useful gear (if any), the start felt like a HVS 5b - boulder problem. I had  placed a psychological nut, but it popped straight out when i fell. Luckily Rob and Charlene were spotting me closely. I tried again but probably the only reason i wasn’t spat off again was the spotters hands on assistance. Phew.

Mmmm not sure i agree it was that hard, but go see what you think, maybe i was on the wrong start line, 3 possible starts all very  close, all felt 5b ish IMHO. But hey... its only 2 moves to the safety of the 'wobbly' jug! Yes wobbly, be warned. But after reaching the first ledge its solid VS 5a, (and well protected), so just keep your nerve and enjoy. Type 2 fun for me.

Later over at Chair Ladder, Rob, Charlene and myself climbed South Face Direct. A wonderous route which involved sharing a ledge with a Seagull guarding its eggs. It’s hard to explain the shock of pulling up from an off balance ledge on off balanced holds, to suddenly find yourself eyeballing a screaming Seagull. The Gull, 3 foot from my face was a shock, I was almost off. Fortunately the next lead was mine and i left Rob and Charlene with the Seagull. By the time i had set up the belay, i could hear much commotion on the wind below me. Initially it sounded like seagulls squawking, but then i thought i heard Charlene screaming. Apparently Rob had dropped the rope on the seagulls head twice and now the pair of them were being dive bombed by the Gulls!

Alex and Simon topping out at Carn Barra 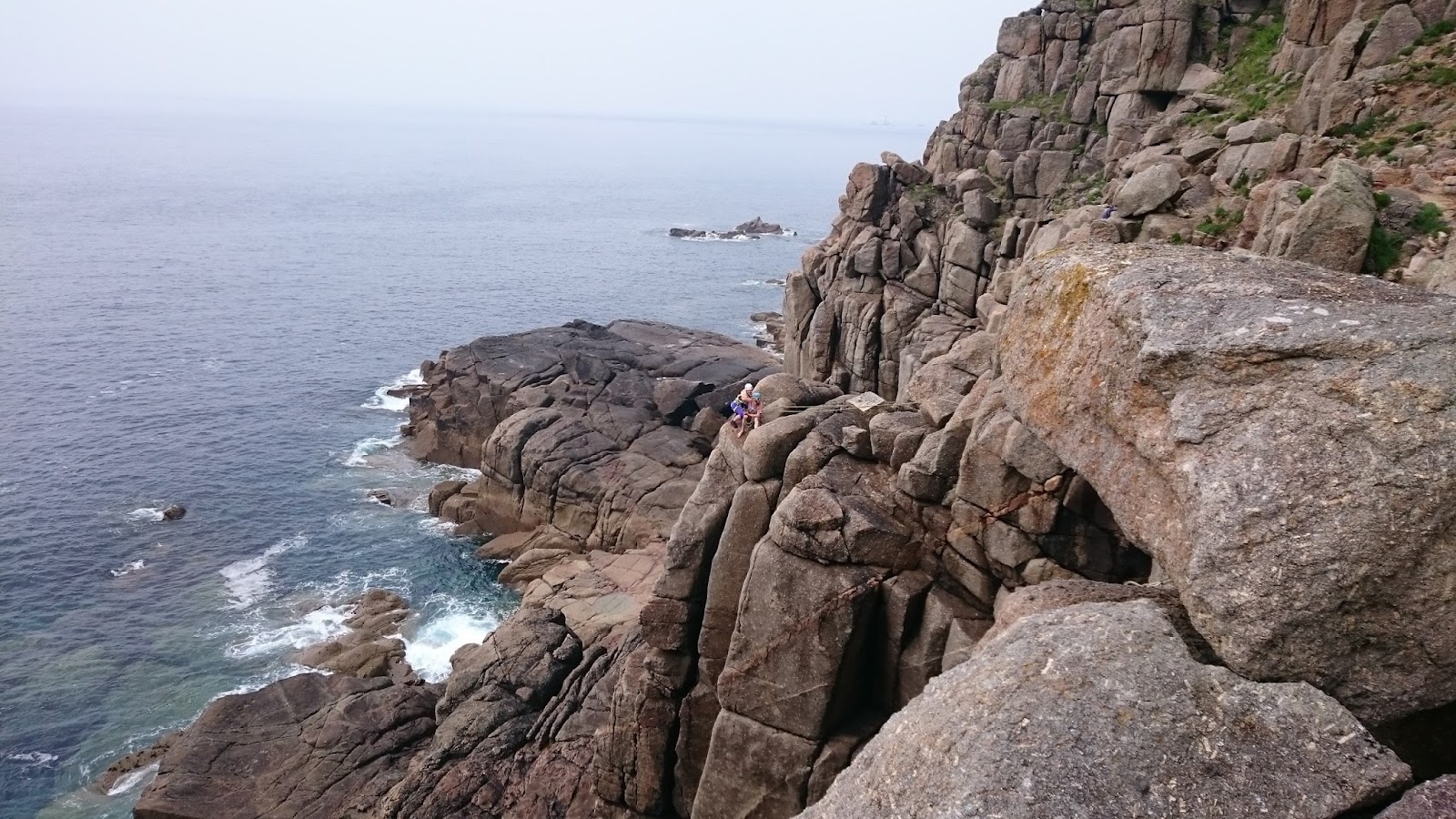 Another epic day to end a perfect weekend.
Notable climbs Zoe and the girls on Alison Rib.
Rob and Charlene on more Extremes, with Rob taking a fall to amplify the adventure!
Simon & Alex lead what looked to be a lovely multi pitch, i heard Alex especially enjoyed this route!

Loz and myself ticked off Oread and then i went on to lead the first 2 pitches of Anvil Chorus VS 4b, with Simon taking on the crux 4c section, his first VS of the year. 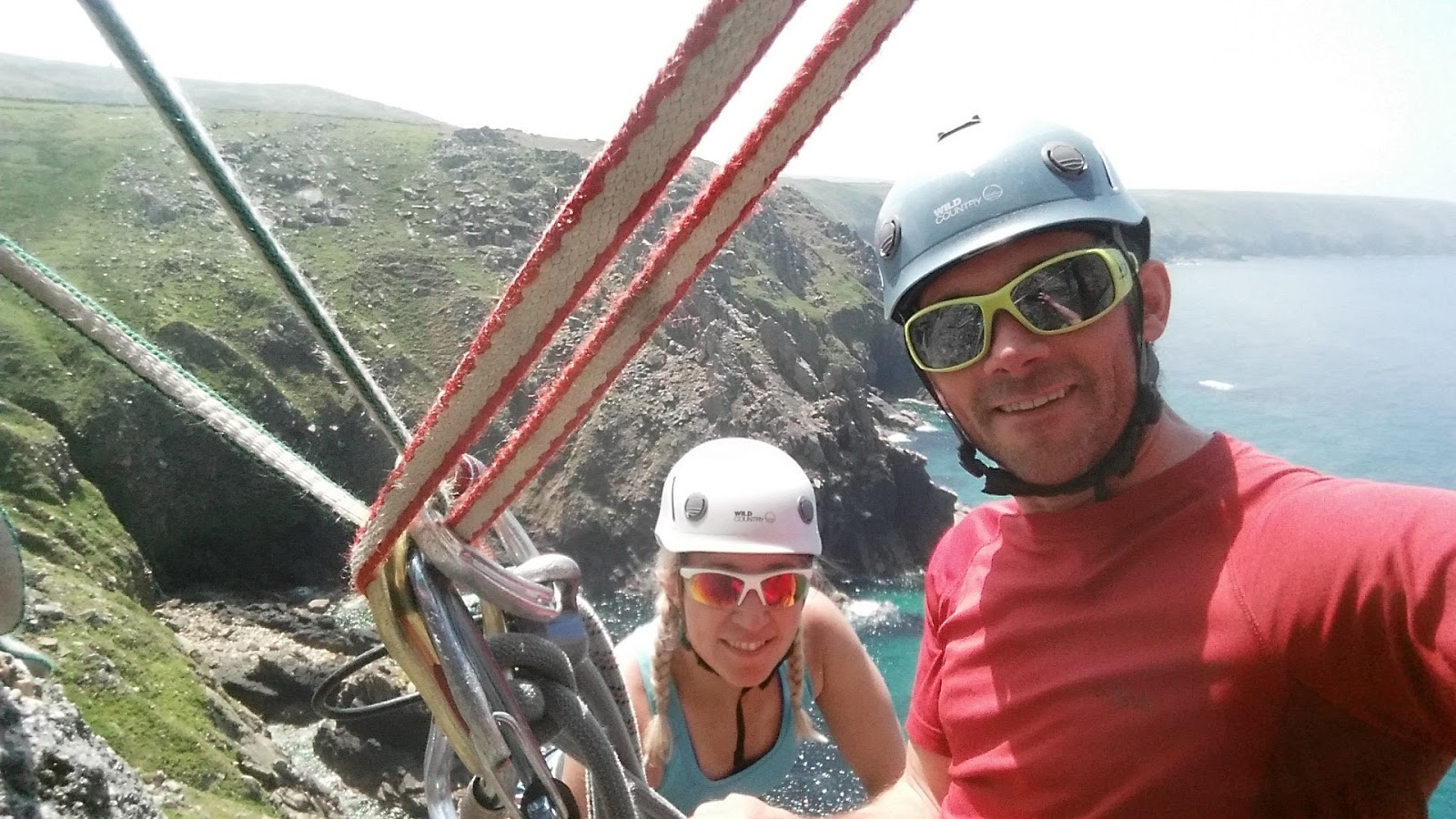 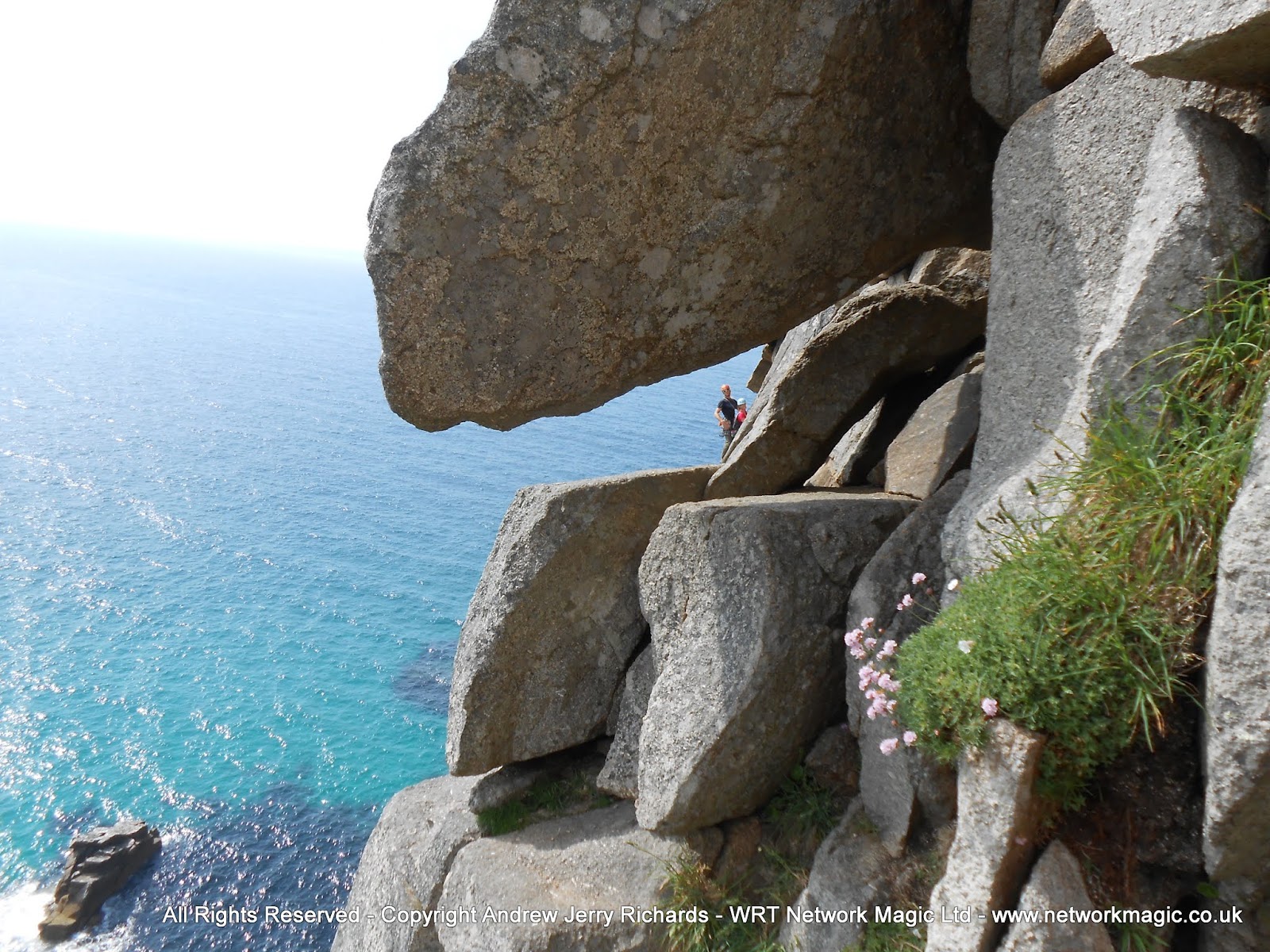 You might just be able to see Rob and Charlene through the crack between the rocks (right hand pic), as they relaxed at their hanging belay, shortly after Robs fall.

Photos below - some photos taken by various people over the bank holiday. 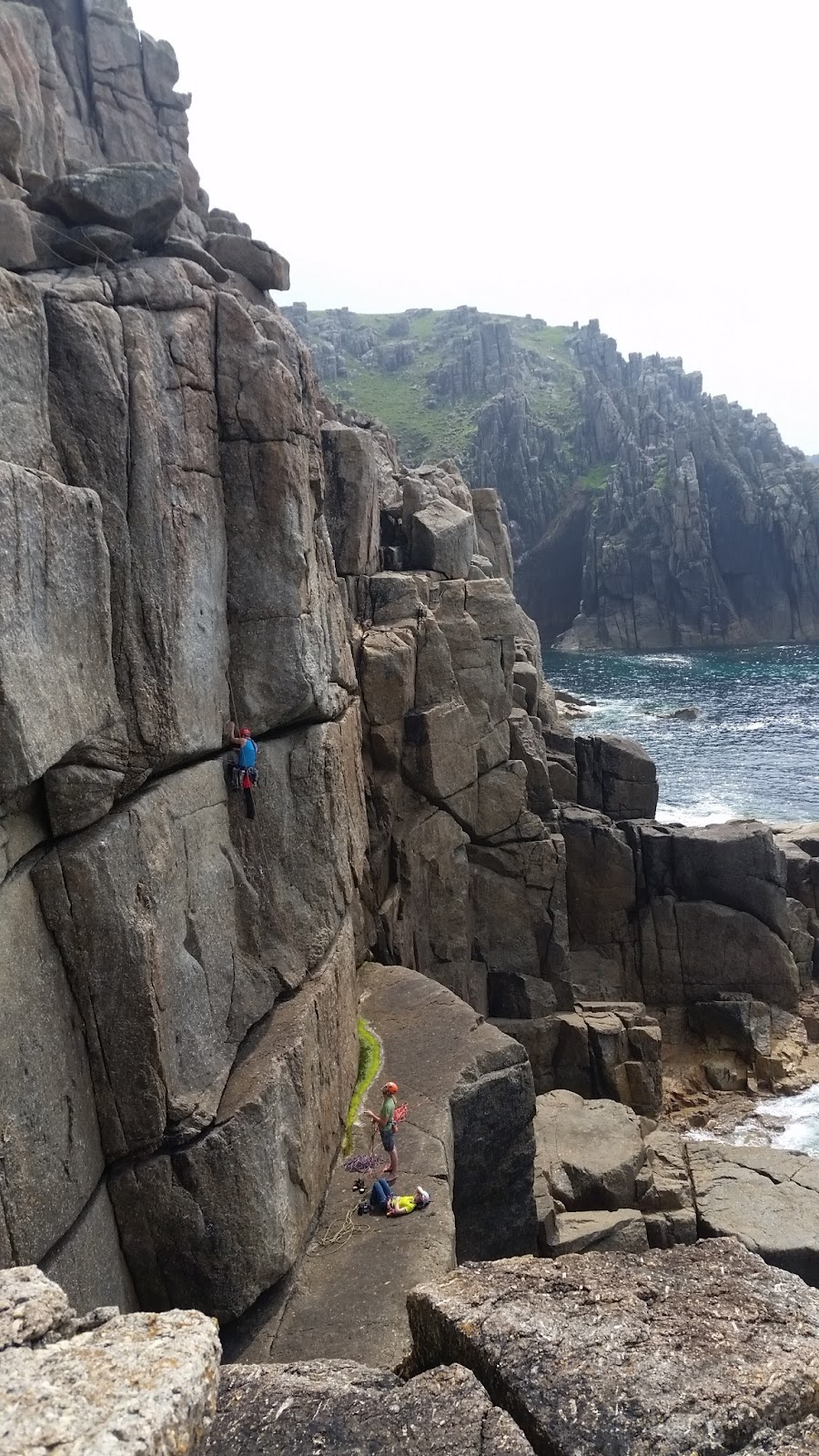 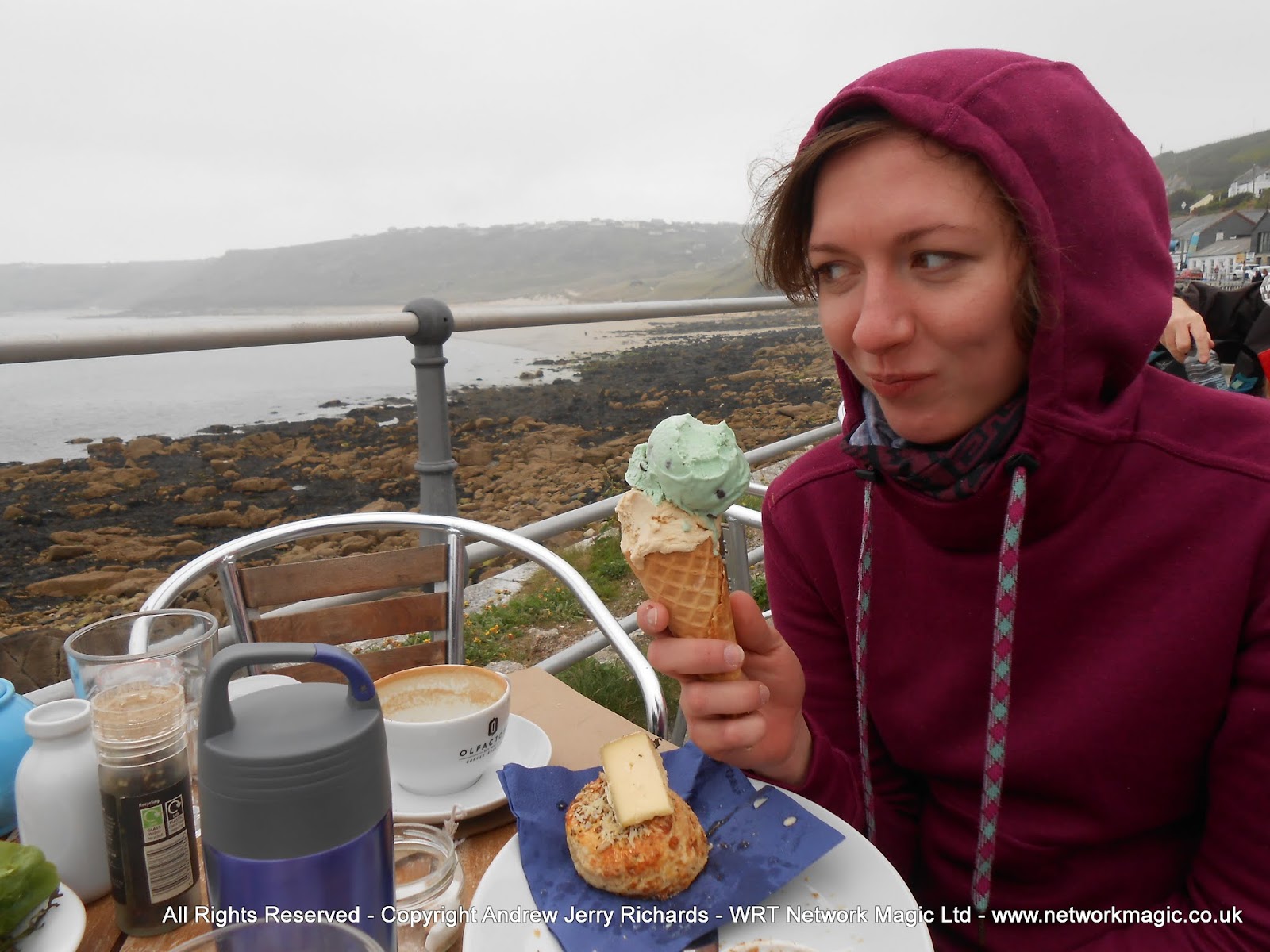 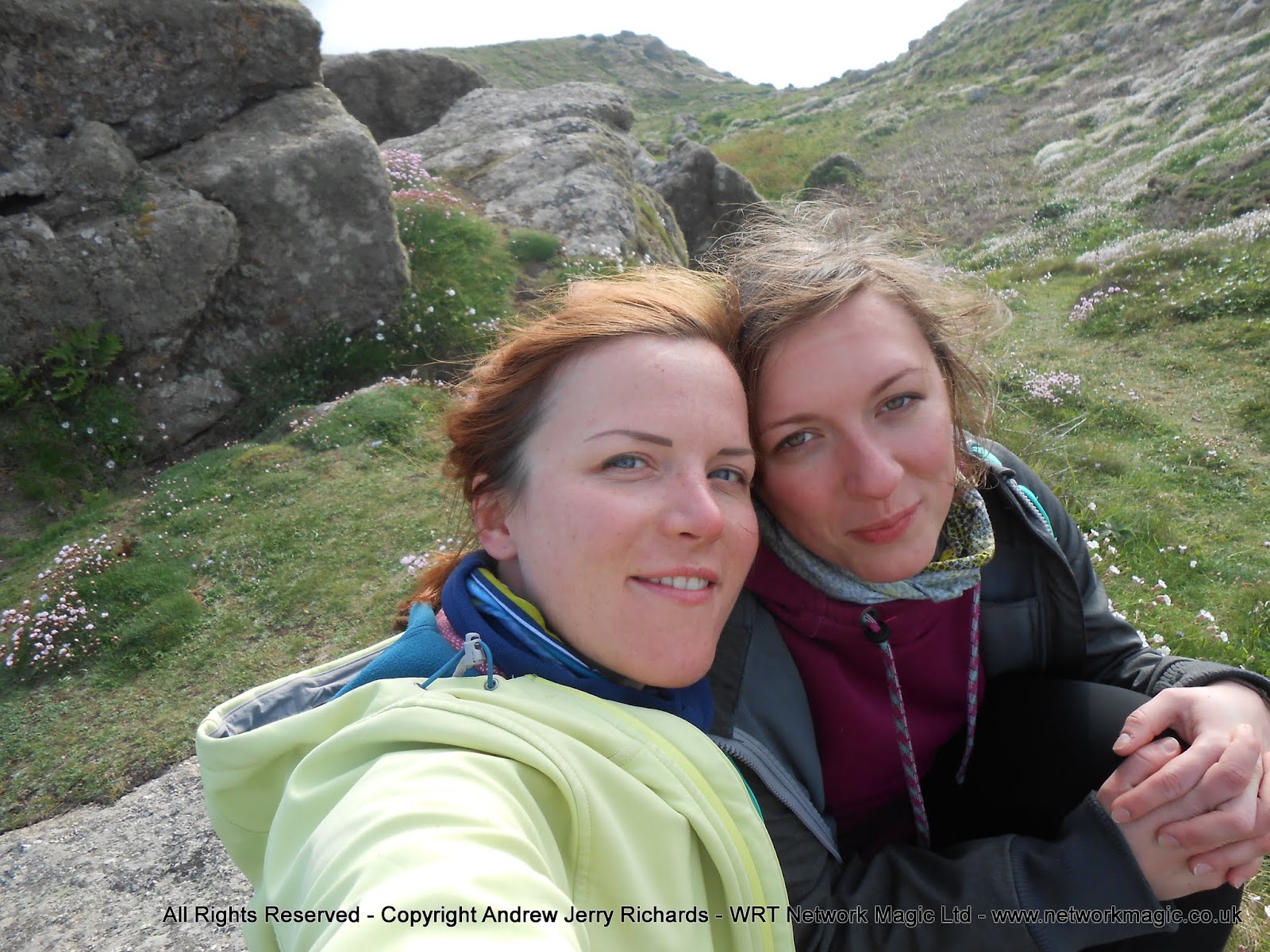 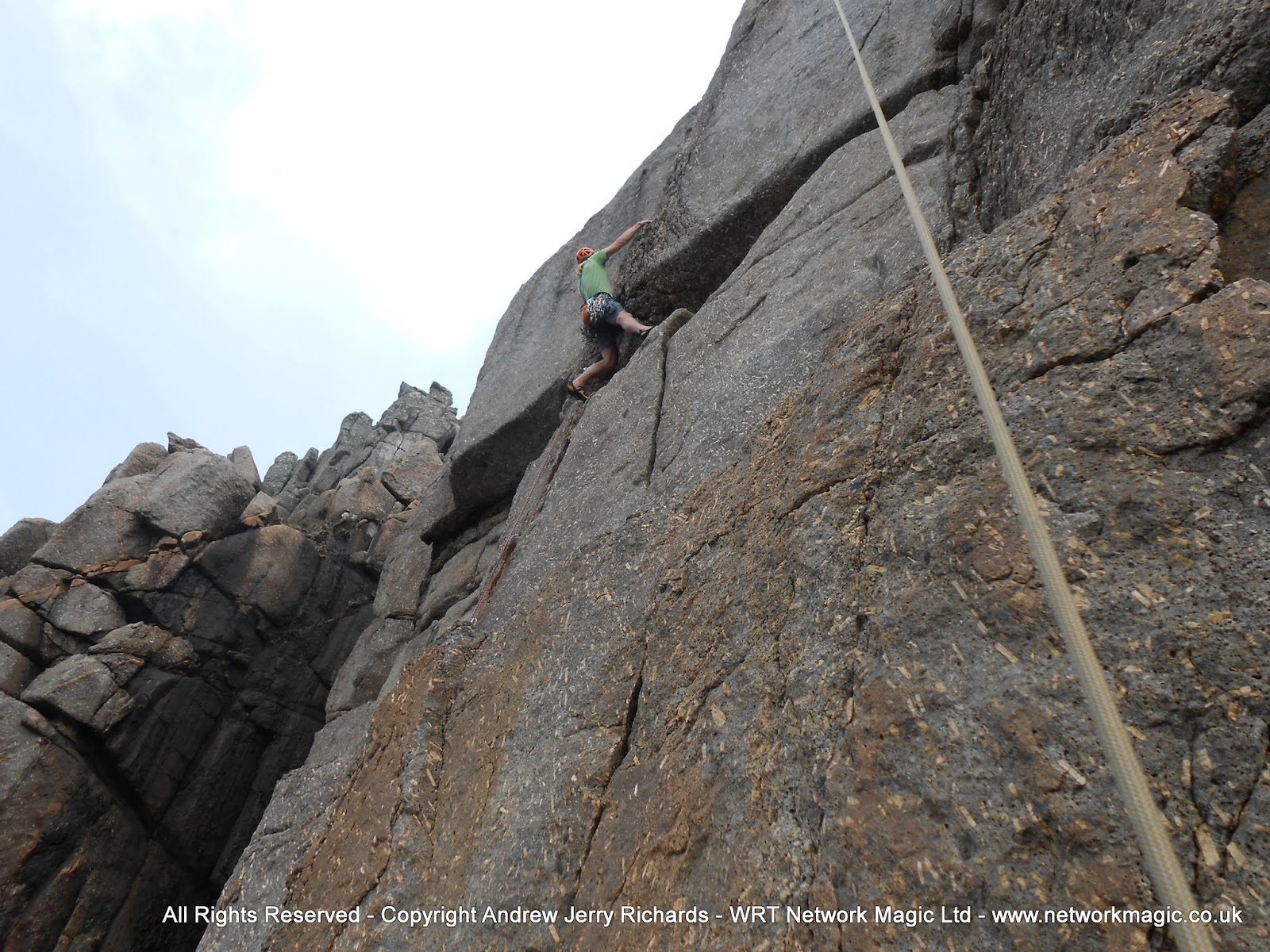 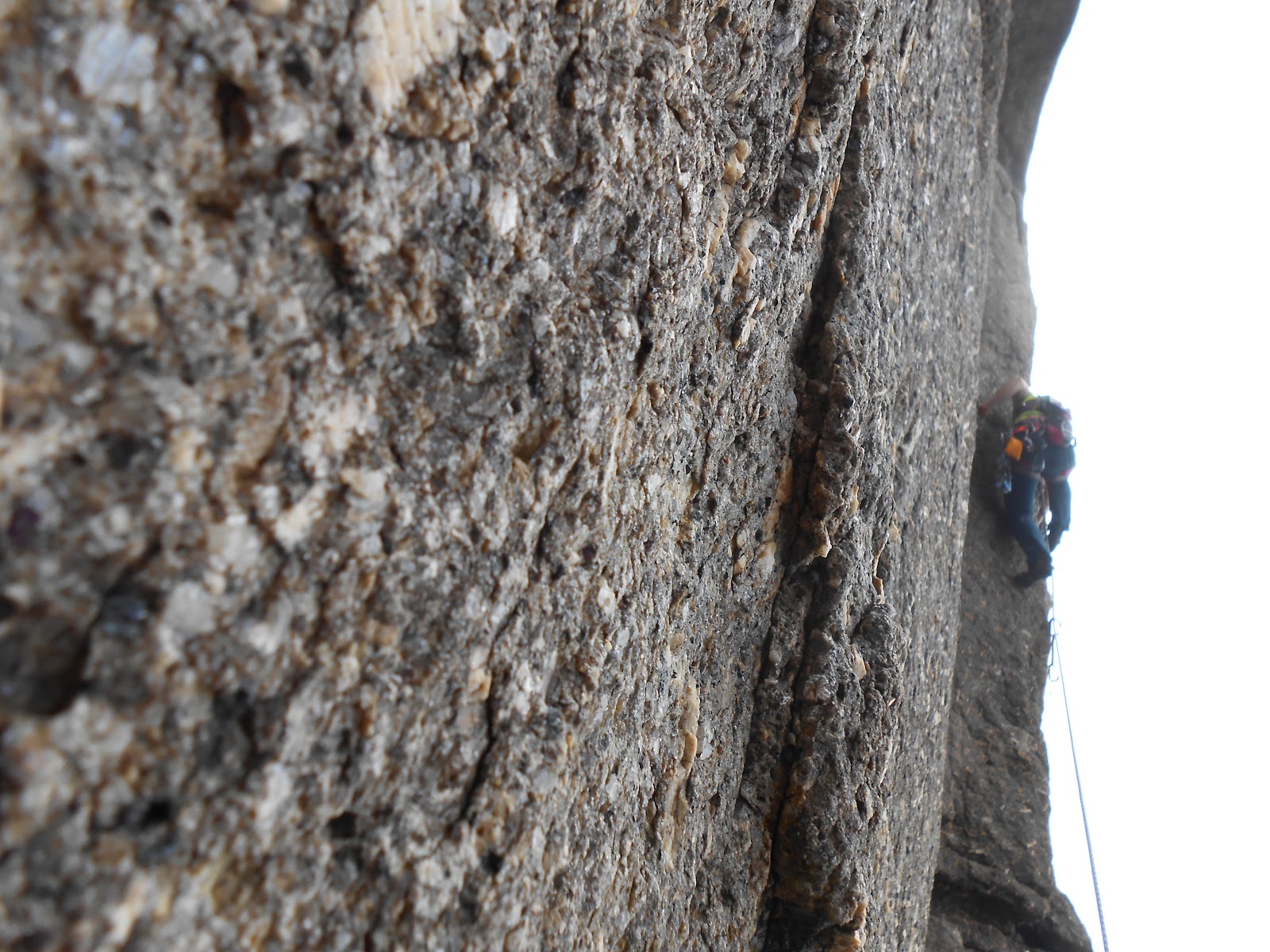 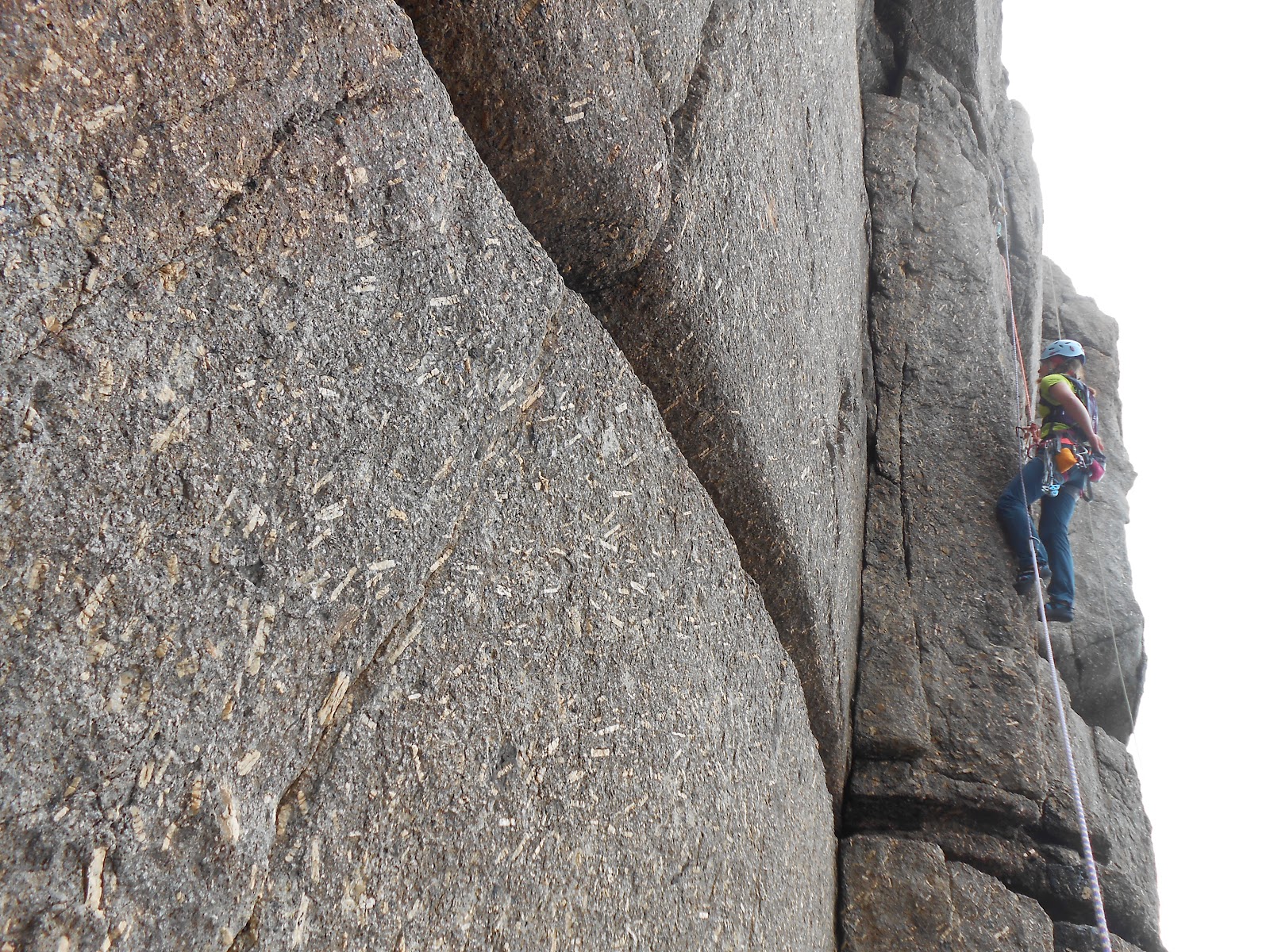 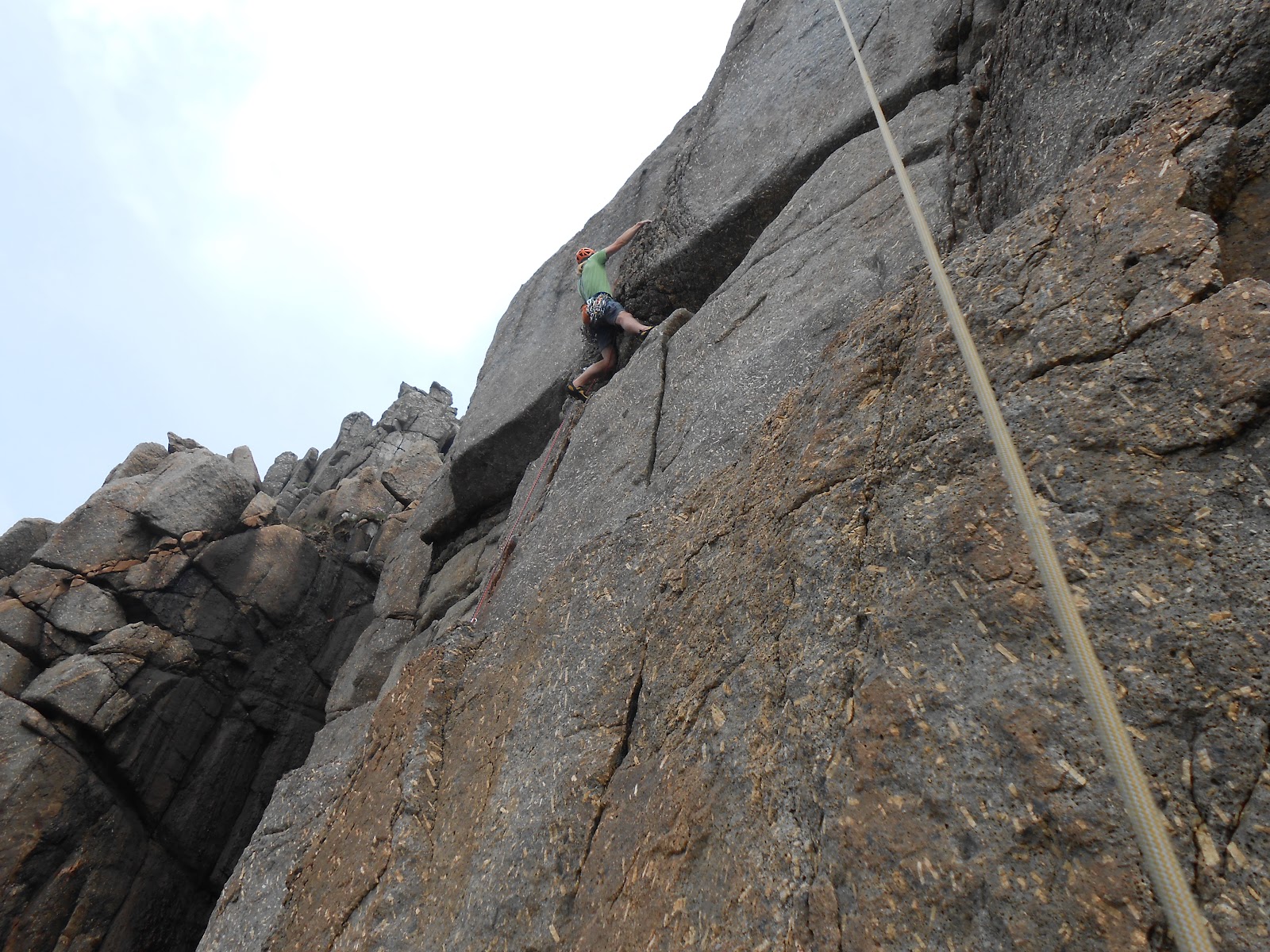 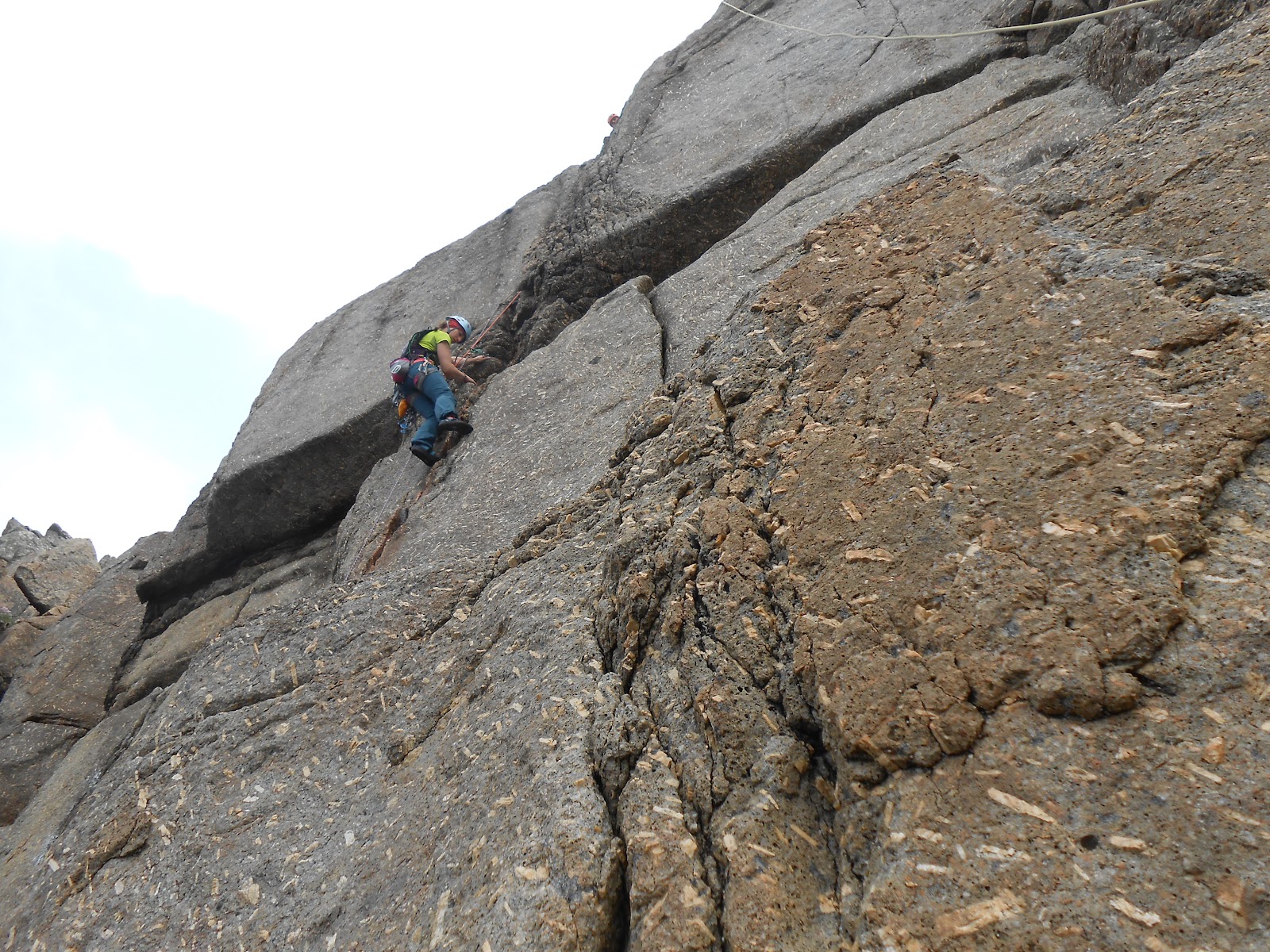