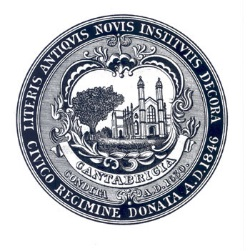 OFFICE OF THE MAYOR

CAMBRIDGE, MA (October 10, 2019) — Over the summer, Mayor Marc McGovern proposed a Cambridge based My Brothers Keeper Task Force comprised of a diverse subset of employees, non-profits, universities, clergy, and community members to design an interagency strategy to eliminate the gaps faced by boys and young men of color.

My Brother’s Keeper was established in 2014 by former President Barack Obama and is now run by the Obama Foundation. MBK was founded in order to close to close opportunity gaps facing boys and young men of color.

Through the engagement of stakeholders, MBK Cambridge would benefit the city by encouraging a radical paradigm shift by creating a hub for the network of programs and resources that the city offers for boys and young men of color as well as their families.

“We have many young people in Cambridge who graduate from our public schools and do very well. However, many do not, and those who don’t are most often our lower income, young men of color,” said Mayor McGovern. “Cambridge has many programs and supports to assist our young people, but bringing our efforts under the umbrella of the Obama Foundation and My Brother’s Keeper will only strengthen our ability to support those who need an additional hand. I’m very excited to be launching this program with the help of my staff, the City Manager and the Obama Foundation.”

“As the nation examines the urgency to move boys and young men of color, it is incumbent upon Cambridge to serve as thought leader and an intentional practitioner in changing the narrative for these vulnerable subgroups,” Clark said.

Clark – formerly the Mayor’s Liaison for Equitable and Inclusive Communities  – has replaced Luis Vasquez as the Mayor’s Director of Constituent Services. Luis accepted a new position at the Cambridge Housing Authority as the Senior Program Manager, Communications & Customer Service.

“I am grateful to Mayor McGovern for sharing such a meaningful platform with me,” Vasquez said. “My time in the Mayor’s office was everything I wanted it to be and more. I am thrilled to be starting a new opportunity with the Cambridge Housing Authority, where I will stay committed to the goal of making Cambridge accessible and enjoyable for all.”

In his new role, Clark will continue to advance initiatives and programs that serve young men in the City, particularly young men of color, and serve as a strategic thought-partner and companion to the current services targeted to expose, equip, and to aid young men with executing and espousing excellence in both their academic and social lives.

Clark is a Cambridge-native, social critic, and longtime educator and reformer who has worked for the U.S. Department of Education, New York City Public School System, and the NYC Department of Education. Clark is also a volunteer member of a state task force committed to designing and instituting strategies to raise the retention and graduation rates of males of color who attend Massachusetts community colleges.

Also joining the Mayor’s Office is Cambridge-native Niko Emack, who was hired as the Communication and Community Engagement Liaison on September 5, 2019.

In this role, Emack will be running social media for the Mayor’s Office and assisting with everything from press relations to speech writing.

Before joining the Mayor’s staff, Emack worked as a Metro Correspondent for the Boston Globe and as a radio Producer for NPR’s Only A Game. He graduated from Emerson College in 2018, where he majored in Political Communication and played soccer in the NCAA. In his spare time, Emack coaches the boys junior varsity soccer team at Cambridge Rindge and Latin, where he is an alumnus.

“As someone who was born and raised in Cambridge, this is my dream job,” Emack said. “I look forward to advising the Mayor and his staff on new and exciting ways to connect with the community.”