Seattle Lodge # 11 has hosted the Grand Lodge Convention 3 times in the last 20 years (1992, 2002) as well as the very first convention in 1904 and numerous times in the previous 80 years.  FinnFest USA, another national festival celebrating the regional cultural elements of Finnish heritage, has been hosted at the University of Washington twice in its 30 year history. (1989, 1999).  UFKBS #11 volunteers staffed the registration and exhibit booths.

From Andy Nestingen,  Professor of Finnish Studies University of Washington

It’s a pleasure to send greetings to you from the Finnish Program at the University of Washington. It’s amazing to see that the Seattle UFKBS Lodge #11 hosted the first Grand Lodge Convention in 1904, and has since hosted your meeting numerous times. It’s also amazing to see how the United Finnish Kalevala Brothers and Sisters have preserved and sustained Finnish heritage through your activities and Grand Lodge Meeting. The sisu of the United Finnish Kalevala Brothers and Sisters shines through. For me, the Kalevala Brothers and Sisters always brings to mind the late Leo Utter. Leo organized the Finnish Bazaar the first Saturday in November every year until his death. His smile and laugh warmed the old gym at the Nordic Museum on those often chilly and foggy mornings in Ballard, where the Bazaar is held – it doesn’t hurt that there has always been delicious kahvia, pullaa, kraavilohta, and much more, too!

We’re especially thankful to members of Lodge #11, and the Lodge itself, for financial support of UW Finnish Studies. Such generosity has helped us build an endowment, which we use to send our students to Finland. This summer, we sent our students Rosie Leung, Saiaontoni Sarkar, and Coleen Griffin to study intensive Finnish. We couldn’t have done that five years ago, but our endowment has grown. We continue to build. One way we’re building this year is by welcoming a new Finnish lecturer from the University of Turku, Ilmari Ivaska. Our lecturer is paid by the UW and the Finnish government. 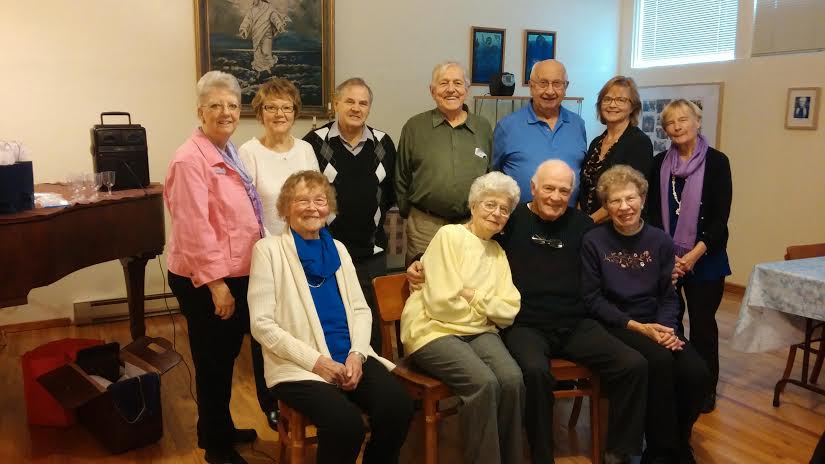