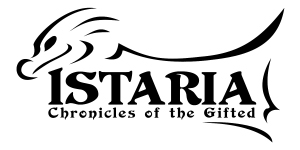 All role playing shards (such as Order) are set up to encourage and support those players who wish be more immersed in a high fantasy environment while gaming.  By choosing to create your character on the Order shard, you are agreeing to abide by the rules set forth here in. YOU MUST AGREE TO THESE RULES OF CONDUCT TO PLAY ON THE ROLEPLAYING SHARD.  Failure to respect the rules and the roleplaying spirit of the shard will result in appropriate disciplinary action as determined by a Virtrium Customer Support Representative (CSR).

In addition to Virtrium’s general rules dealing with character names (set forth above in the official Istaria Naming Policy), the Istaria role-playing shard will have the following restrictions applied to it. These restrictions apply to players, guilds and any other game entities that may be given customized names (i.e., special player-crafted items such as weapons, armor or spells):

Names violating the role-playing restrictions will be changed, and, depending on the severity of the violation, the player in question may not be given the opportunity to choose his or her character’s new name. Eventually, players may be allowed to voluntarily change their characters’ name while in the game (subject to the rules laid forth in the Naming Policy); at present, any name change requests must be made in writing to Virtrium and are subject to a nominal fee and approval by a Customer Service Representative.

The communication in public chat channels while on the role-playing shard must be appropriate to the high fantasy atmosphere found in the Istaria roleplaying world.  Public channels include those channels moderated by Virtrium and are denoted by the "Istaria" label as the channel moderator.  Channel moderators are designated by a blue name in the list of members actively in the channel.  Player created channels are considered private channels and may or may not have these restrictions applied to them as determined by the player moderators who run the channel.

Much of what goes on in the role-playing shards depends on players “self-policing” and monitoring their own and others’ behavior. If someone violates the Communication Policy, please courteously ask the offender to stop before alerting a member of the Virtrium support staff. If the player’s inappropriate behavior or communication continues, then report the incident(s) and offender to support. Each report will be reviewed and handled by Virtrium on a case-by-case basis. If someone uses an occasional abbreviation or types one or two out-of-context words, please do not take offense. The chances that a CSR will step in under such circumstances are slim, unless the offending player is violating another rule and/or his or her offense is deemed particularly egregious. Please use the tools available to you and your own best judgment before reporting an individual for violation of this policy.  Players who repeatedly violate the stated rules and the spirit of these rules will be given the option of having their characters moved, at their expense based on the current server transfer fee, to a non-roleplay shard, or will be banned from the roleplay shard.

These policies in no way invalidate the overall Conduct Policies of the shards; all rules therein will be enforced just as they are on a shard with a normal rule set. Virtrium reserves the right to modify these additional role-playing rules at any time, without notice. Enforcement of these rules and any penalties imposed for violations of them remain the sole prerogative of Virtrium and the CSRs.