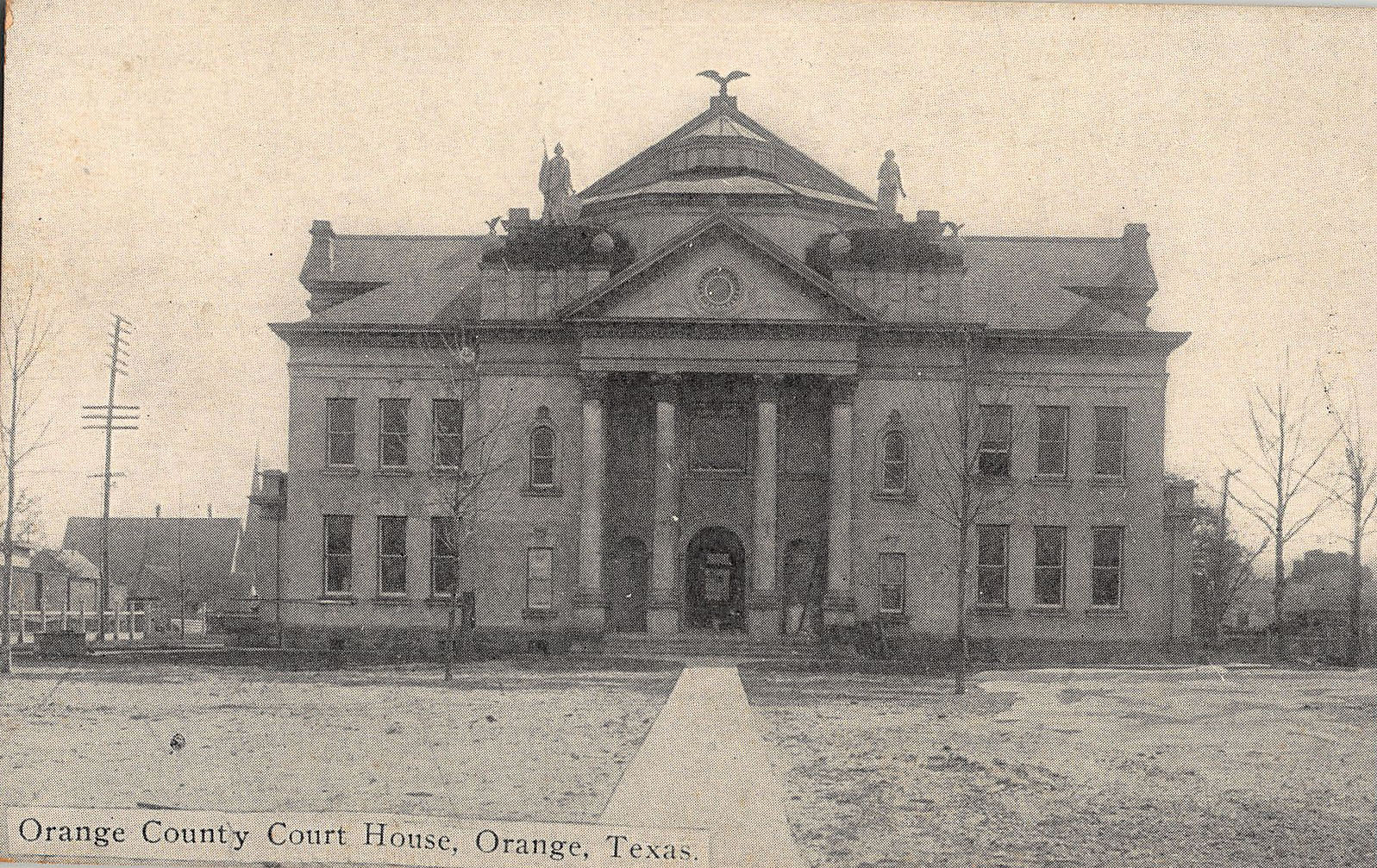 Orange, Texas is located on the Sabine River which is the Louisiana-Texas boundary, eight miles north of Sabine Lake and 104 miles east of Houston.[3] Growing up I was taught that “home” was Orange although I never lived in the area after the age of 4. Family ancestors were some of the pioneer families living in the area prior to the formation of the county from Jefferson County in 1852[4]

The Parish and Burgess families came to Texas by way of Louisiana, and Mississippi, farming, cattle raising and driving being the main occupations for both families. The Smaihall’s immigrated to Texas from Bohemia [now Czechoslovakia] around 1881 to work in the lumber and shipping industries the area provided. The Hogg family came to Orange from England and established one of the first Salvation Army posts in Texas. The booming war economy during World War II led the Dosch family from Indiana and Ohio. Although the trades may have changed, members of each of these families are still living in Orange today.