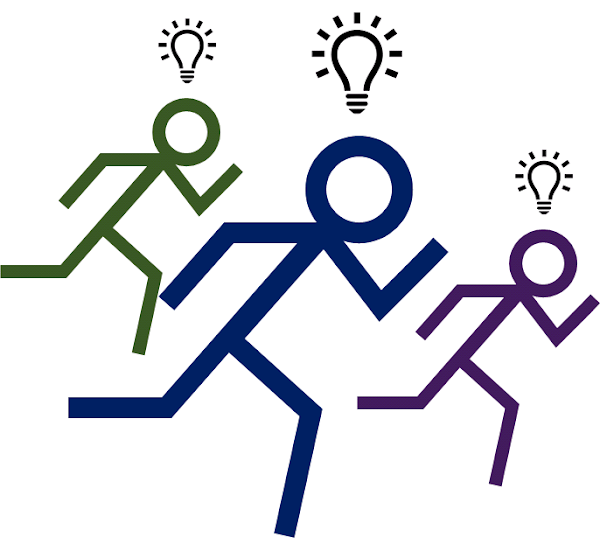 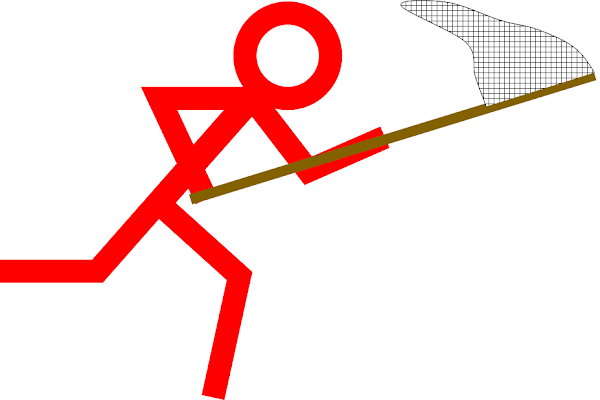 with Andrew Skujins | Co-Founder and Director

The new tax policies announced by the Canadian Federal Government on July 18, 2017, result in doubling (or even tripling) income taxes on small businesses. This discourages entrepreneurs and hurts businesses in every industry by strongly disincentivizing participation in this highly productive sector of the economy.

This article illustrates how damaging this tax reform can be to every small business, their employees, and the broader economy. I encourage you to share it (and/or the articles listed in Appendix I) and to write your Member of Parliament in hopes of averting this catastrophic legislation.

THE CHOICE TO INNOVATE

Let's take a look at Sarah - a software developer, and single mother of two young children. Sarah has a “nine-to-five” position working for the government. It pays her $100,000 annually, plus several weeks of vacation, additional sick days, maternity benefits, a pension plan, comprehensive health insurance, excellent job security, and many other comforts.

Sarah has a vision for an Internet-enabled educational platform to help children and teenagers learn and apply machine learning, and leverage artificial intelligence tools. Starting the process of developing her ideas requires a significant investment of time and capital. There are lots of costs to manage - employees, servers and services, professional fees, marketing, insurance, and countless others. She's mindful that a majority of small businesses fail, but decides her idea is worth the effort. This is not a quick or easy decision.

With uncertainty in every direction, the venture is a risky proposition. As a result, the necessary capital usually comes from family assets and/or family credit. To finance the start-up, Sarah liquidates her personal investments and pulls equity from her family's home to raise the $500,000 she needs for TechCo (a Canadian Controlled Private Corporation). This is a huge risk for her, and her children.

Sarah loans her $500,000 to TechCo, uses it to hire employees, and gets to work. Cash is tight during the development years of the business. While her employees receive a regular salary (which costs considerably more than face-value after mandatory remittances), the business cannot afford for Sarah to draw any income.

Fortunately, her vision is eventually realized, and many people are licensing her new product. Her business expands within Canada, and internationally. Ongoing innovations to improve the product create new positions within the growing company. This allows Sarah to hire more employees and also start taking a salary of $100,000 (the same amount she earned as a government employee). This is a win for Sarah, for her employees, and for Canada - everyone benefits from her decision to innovate.

Fast forward ten years. Unfortunately, Sarah was killed in a traffic accident. Her children, both attending university, will inherit her shares of the company. After leveraging her personal assets to start the business, the shares are her only significant asset.

Both children had supported and sacrificed for the business throughout the years, but neither is in any position to run the company. The executors determine that the best course of action is to sell the shares of TechCo, or else its primary asset - the intellectual property.

If we combine the total taxes paid by Sarah, TechCo, and her Estate under the proposed legislation, the total taxes to sell the family business are $903,500 - for an effective tax rate of 60.23% (Appendix II). This doesn't include the recurring corporate taxes, personal taxes, CPP, EI, WSIB, EHT, and a host of other amounts paid since Sarah founded TechCo. Sarah's children inherit only $596,500 (39.77%) of the $1,500,000 of value she created.[1]

Instead of working overtime to build a business, create productive jobs, and grow the economy - what if Sarah kept her government position, and invested $500,000 in an index fund providing a 7% annual return? In this passive alternative, Sarah's children would receive an inheritance of $724,123 (Appendix III).

Becoming an entrepreneur in Canada under the proposed legislation is an exercise in masochism - work harder, keep less. Sarah did not engage in any tax avoidance schemes - outcomes like hers are just an example of the collateral damage caused by draconian policies.

We know that rational investors require rewards matching the risks of investment. It's difficult to understand how the fundamental relationship between risk and reward was completely overlooked. These policies do not offer any understanding or appreciation for small business, which Minister Morneau admits in his Minister's Letter is “the lifeblood of our economy”.

Hitting small businesses with this proposed taxation is basically punitive. How many hopeful entrepreneurs would be properly counselled to forget their ideas for the benefit of their financial future? Or counselled to explore them in a jurisdiction that might even appreciate them vs. taxing them out of existence? These proposals are being suggested in Canada, while the U.S. is calling for tax reform that “makes taxes simpler, fairer, and lower”, and provides “lower rates for all American businesses”.

Another unintended consequence is that entrepreneurs will face difficulty raising capital. The government is proposing to increase the tax rate on corporately-held passive investment income up to 72.74% for an Ontario business[2] (as high as 75.96% in Nova Scotia). Astute investors recognize this, and will forego risking their capital for such a minuscule after-tax return.

Every sensible entrepreneur, investor, and adviser recognizes this risk/reward relationship and will be attracted to jurisdictions that welcome and reward investment. Tax policy does change behaviour, and this will predictably lead to foregone businesses, talent looking abroad, and a shrinking tax base. This will result in even more tax traps and higher tax rates to maintain Government spending - no one should expect to dodge the harm.

We're told that the Federal Government wants the feedback of Canadians to make sure they got it right, but it's hard to see the offer as sincere.

The tone and rhetoric are conspicuously biased - such as the accusation of exploiting “tax loopholes” - which are actually widely-known strategies to reward successful risk takers, implicitly approved by countless previous governments. The 26 pages of draft legislation read like a manifesto to crush small business. They provided only 75 days to consult on the biggest proposed tax changes since 1972, with a mid-summer start date. The last major reform, known as the Carter Commission, took over seven years from consultation to implementation.

The policies also diminish the obvious contributions and sacrifices of business-owners' spouses and children, who share in the financial risks and outcomes - regardless of share structure[3]. The Ministers emphasize that they will represent all Canadians, but they haven't understood those fuelling the engine of the Canadian economy - small business owners and their employees. Not all business owners are wealthy, and not all of the wealthy are business owners.

Based on the punitive nature of the legislation, I can only draw one of two conclusions: either the Federal Government irresponsibly rushed into these proposals without understanding small businesses and the interactions of the proposed legislation, or they were well aware of the implications and proceeded purely for political reasons. I'm not sure which is more worrying.

Needless to say, I’m disappointed in our Federal Government. I propose that the government abandon all proposals in the consultation paper, and restart the process by identifying its legitimate tax and policy objectives, and then spending the time to properly consult with the tax community and constituents. Let's look to reward small businesses and foster entrepreneurship instead of harming the Canadian economy with confiscatory policy and unmanageable compliance.

As a proud and diligent citizen, and an expert in small business taxation, I'm sharing the impacts with the hopes you'll share this article with your network, and write your MP to protect the future of millions of Canadian families, small businesses, and the economy.

Here's a sample email. Letting your voice be heard could be the difference between having a medical professional available when you need it, a job created by entrepreneurs and investors, and protecting the value of your hard-built business.

Canada is a fantastic country, built by great Canadians. Let's keep it that way.

I have been educating myself about the new tax legislation proposed by the Federal Government on July 18th, 2017, and I am deeply concerned. The proposals are essentially punitive to small businesses - the lifeblood of the Canadian economy. I don't believe that tax-grabs from Canadian families of up to 93% are fair.

These proposals will compel many small business owners to close or relocate their operations from Canada. They will kill jobs in our community. I'm worried that the loss of Canada's brightest talent, including doctors, engineers, and tech entrepreneurs, will cause lasting harm to our economy.

These articles (and many others) raise valid concerns from experts and those affected:

Sarah's colleagues express an interest in taking over TechCo, however, their advisers warn them to purchase the assets - not the shares. This is because the proposed rules in Section 246.1 will not allow purchasers to monetize their cost base.

Here's a high-level explanation of the impact: Imagine buying $100 of shares. You've already paid income taxes on the income that provided that $100. If you need to access any cash from the corporation, you must pay tax on it again (e.g. as dividend income), unless you can find a replacement buyer for your shares. The $100 you paid the for business is forever trapped, or instantly worth far less because of this re-taxation.

TechCo would have non-refundable federal and provincial taxes totalling $146,250 from disposing of the asset. TechCo would then pay an other-than-eligible dividend of $603,749 and a capital dividend of $750,000 to the estate. The estate would pay taxes of $363,700.

As an Ontario resident, Sarah would pay total taxes of just over $180,800 on the capital gain of $704,922[5] on death from the disposition of the index funds. Her household net worth would also have increased by a nominal $200,000 (after a 33% average tax rate) by keeping her government salary during the first three years, prior to taking a salary from TechCo. Her combined salary plus after-tax investment returns would provide Sarah's children with an inheritance of $724,123[6].

This information is provided for broad illustrative purposes only, and is not warranted for accuracy or applicability to any particular situation.

Copyright 2017 by Tax Templates Inc. Redistribution in whole, and quotes/citations welcome with attribution. All other rights reserved.

[1] If you think a 60% tax cost is punitive, I encourage you to read “Is a 93% Tax Rate Fair to Small Businesses” with Michael Goldberg and Mac Killoran.

[2] An article by Jamie Golombek determines this amount