Participate in the
2013 Flamethrower Shooting Gallery! 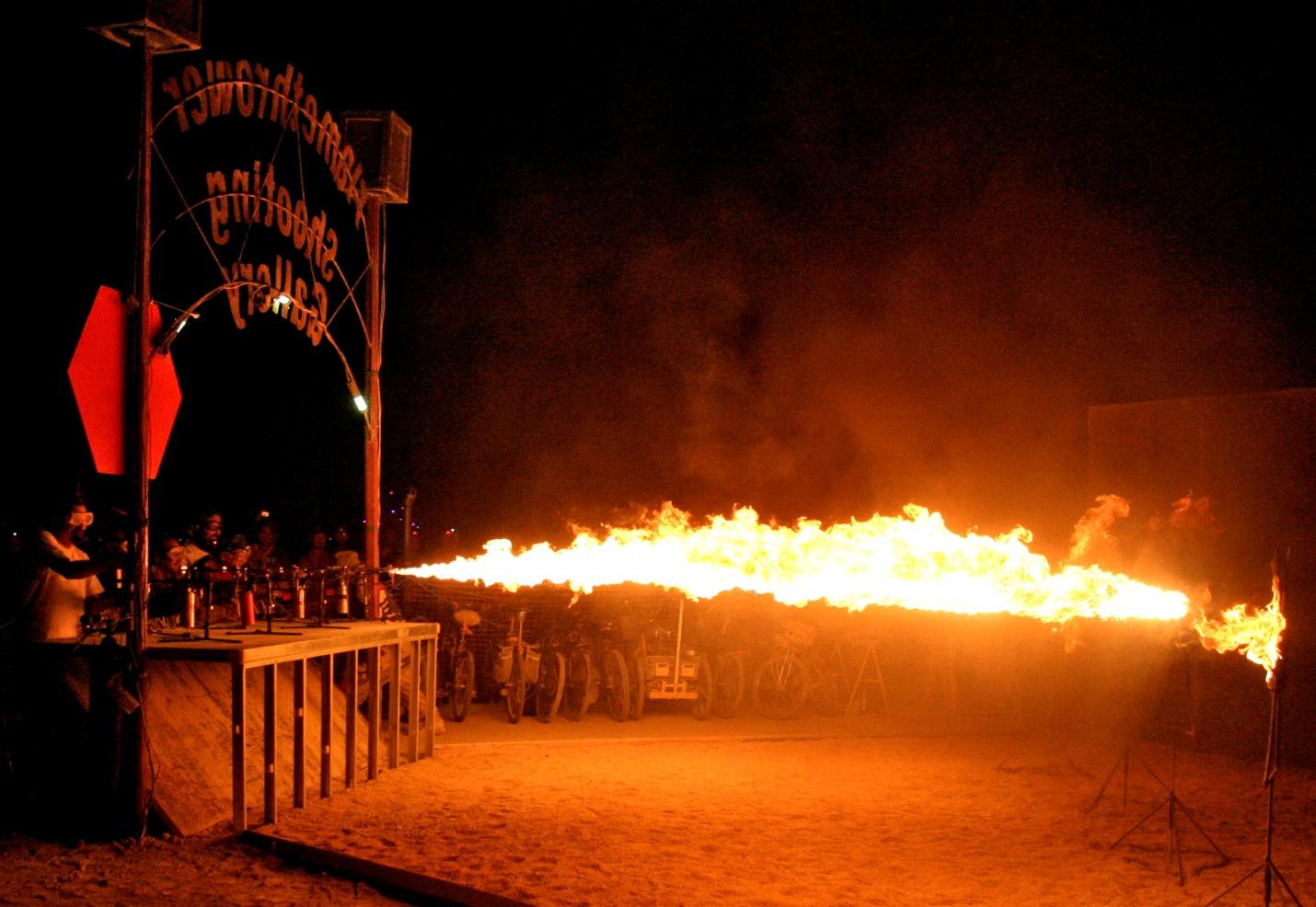 The Flamethrower Shooting Gallery™ lets people shoot real live flamethrowers at little statues of the Man. It is hot, exciting, and lots of fun.

The Flamethrower Shooting Gallery is run entirely by volunteers, and we want you!

Range crew are needed for a variety of roles, mostly on the Playa, and some before and after, as described below.

Please note that for any of the Operations roles (Gate, Range Safety, etc.) training on either Monday or Tuesday is required along with a commitment to work at least two shifts.  Of course, it would be great if you can do more. We need for you to be sober and safe during operation.

Crew starts arriving Wednesday, August 21, pre-event and set up work will be on Thursday, Friday, and Saturday. We must be completely set up by sunrise on Sunday, August 25. Early Arrival passes are available for crew working setup.

Tear-down and packing for departure will happen on Sunday, September 1st.

The Flamethrower Shooting Gallery will be in operation each night, Monday-Friday during the event from dusk until about 2:00AM. We might also have a “bonus round” after the Man burns on Saturday, if the crew feels up to it.

The Current Shift Schedule is on the web at: http://tinyurl.com/fsg-schedule-2013

If you would like to volunteer to participate, please apply to join the Crew group at https://groups.google.com/d/forum/flamethrower-shooting-gallery-2013-crew

In your application please include information about:

For 2013 the Flamethrower Shooting gallery has a 4 person “Executive Team” each with particular areas of responsibility.