C. the Lewis and Clark Expedition

1. To lead the exploration of the Louisiana Purchase, President Jefferson chose a young army officer named ___.

3. ___ was a big help to the Lewis and Clark Expedition in dealing with the Native American peoples the group encountered because she could speak the Shoshone language.

4. ___ provided information about places previously unknown to Americans and proved conclusively that an all-water route across the continent did not exist.

5. The talents that ___ brought to exploring the Louisiana Purchase included skill as an artist and mapmaker and natural abilities as a leader.

(More questions on next page) 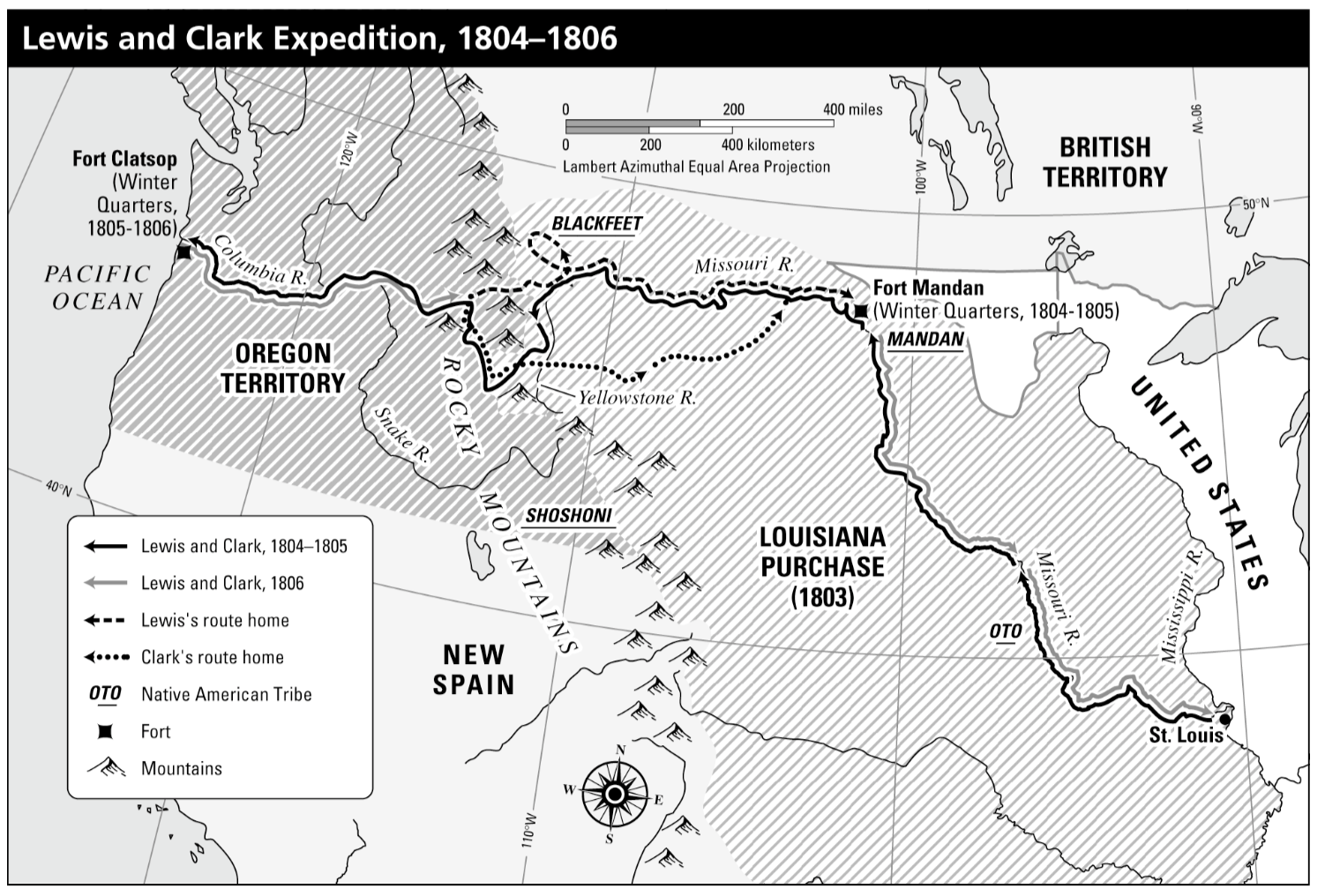 6. The Lewis and Clark Expedition started from St. Louis and traveled all the way to ___, the goal of trip.

8. The explorers spent the first winter with the ___ tribe.