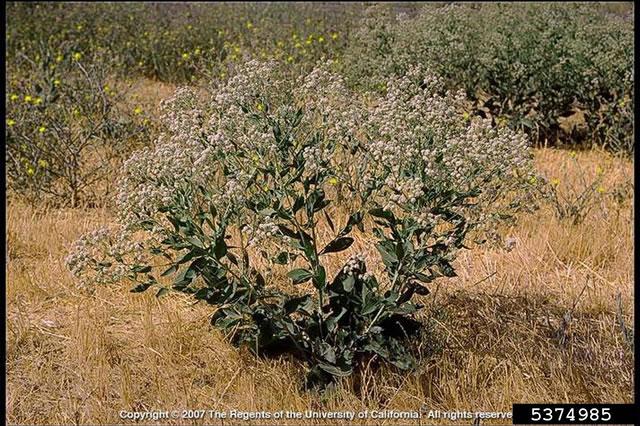 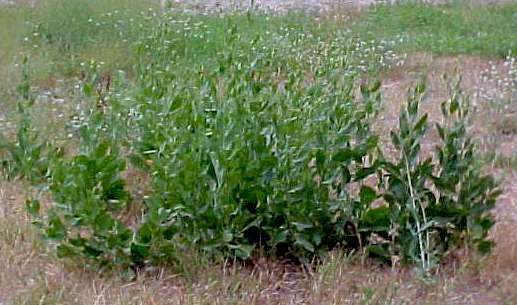 Perennial pepperweed is a perennial of the mustard family. Plants have multiple stems and grow in stiff, erect masses that can reach up to 8 feet in height. Leaves are bright green to grayish-green in color and lanced-shaped. Lower leaves can be up to 1 foot in length and 3 inches wide and are toothed along the edges. Leaves tend to get smaller and less serrated as they extend up the stem. Flowering of this plant occurs from early summer to fall. The flowers are small, white 4-petaled and in dense clusters near the end of the stems. Seeds are small and flattened pods about 1/10th of an inch long and contain 2 seeds. The seeds remain on the plant throughout the winter and drop at irregular times. The base of the stem is semi-woody and this plant mainly spreads from the extensive and brittle roots that can grow up to 6 feet. The stem becomes brittle, breaking off and rolling along the ground to scatter seeds.

Perennial pepperweed prefers wet sunny conditions, but can grow in dry areas as well. Due to the flexibility with moisture it can be found in seasonally wet areas, riparian areas, along streams, rivers, marshes, roadsides, railways, ditches, hay meadows, pastures, croplands, wastelands, and hill sides.

Perennial pepperweed is toxic to livestock and can grow in trees along waterways such as Cottonwoods and willows. Many florists use this plant in flower arrangements so please be on the lookout at your local cemeteries and landfills.