I am resident in UK since 1966 as textile production plants contractor and International worldwide supplier of textile and chemical production machineries with modern technology and know-hows as subsidiary organizations of Sogo-Shosha (Marubeni International Trading Corporation) ; MarubeniTekmatex  Corp.

Acrylics are manmade chemical fires made by oils. It was first case that we

I was founder of this subsidiary organization(you can refer to www.marubeni tekmatex corporation and  www .Marubeni Corporation  by internat.

And We started to open Marubeni-Tekmatex(USA)

since so early time of 1960’s.  No other companies in Japan were doing this kind of

We, Maruneni Corp., were  only Japanese Trading Company for such Technological Plants  Building for Russia in 1960’s  as Pioneer.

I was founder of this subsidiary organization(you can refer to www.marubeni-tekmatex corporation and www .Marubeni Corporation  by internat.

Spinning machines. I inaugurated  the global projects of  Marubeni-Tekmatex Corporations for Textile

and  Chemical Fibers factories under the Marubeni Corporation Group. in early 1970’s .

Before 1981, For example, I was consultant for Nissan Motors UK factory establishment and also for building many  Textile  and Chemical  factories  in Europe, North America,, Middle-South Latin America, Soviet Unions(Now Russia), Eastern-Europe(Ex-Communist Countries), Korea, China, Taiwan Whole Asia, Midddle-East and Africa, Almost all over the World).

Period of Lehman Brothers in Japan

After retirement from Marubeni Tekmatex, I was hired  by  a British Financial Group

Since then  I joined to Lehaman Brothers (Japan), I helped to sell many Western Paintings out to Europe and North-America from Japan, as  properties owners had got many assets :paintings, jewells, sports cars etc.

The creditors(bankers) were asking us to sell assets out

to overseas investors together with real estate properties.

At the end of 1998, I came back home in UK, as Lehman Brothers in Japan gave me too heavy pressures to find out more Japanese owned bad-debts properties inside and outside Japan.  It was too much hard and heavy work to me.

I was involved in researching over 2,500 properties(small or big lands, hotels, golf clubs  buildings inside or outside Japan(owned by Japanese private owners or corporations ) during the period of nearly 3 years.

In late 1970’s and 1980’s, my  clients(owners of many textile and cosmetic manufacturing  companies and their families) were asking me to assist their collections of Western Paintings, Music Instruments(Stradivarius and Garnelius ), Classic and Sports Cars, Diamonds, Jewells, Arts, Antiques etc. for their investments purposes.

WhiIe I was working to export textile and petro-chemical machines from textile & Chemical machinery makers in Japan and also machines users who wanted to collect arts, western paintings, diamonds, other gem stones, and any other precious commodities suitable for secured assets instead of paper monies at the time of Japan’s Bobble Economy.

I received many enquiries and offers of fine arts paintings with estate properties. Then I saw paintings and jewells in USA, Japan and Europe, while I was working as finding consultant for estate properties at Lehman Brothers( Japan).

I was cooperating to invite Japanese industrial firms to invest in UK and  North & South Irelands for establishing their production factories and offices by request  of British Aerial Indudustrial Development Associations (ie; NOWIDA etc.) supported and approved by DTI(Department of Trade and Industries of  British Gouvernment a the time of Prime Minister Margaret Thatcher.).

I appeared in promotion video films made by Those British Industrial Development Associations (BIDA) for delivering to the world countries including Japan,North America and Asia in order to encourage

industrial investers to invest in UK and EU for establishing industrial manufacturing factories mainly in UK first and EU.

I have written many introductional articles and reports about British Industries in Japanese newspapers and magazines as “Industrial Journalist” for inviting and encouraging investments to UK and EU from overseas countries. 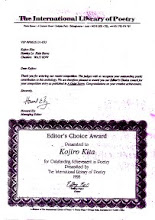 I published introduction books about UK and Europe in Tokyo.as cultural

and other part of world.

British Industrial Development Associations(BIDA) for their research and discussions (QandA)  about investments. I was asked to be lecturer for explaining all about UK mainly and EU too. by their request of BIDA.

For example, I discussed with Mr.John Knot, secretary  of DTI (Department of Trade & Industry and Mr.Price of Deprtment of Enployment for Nissan Motors about differences of  labour unions systems between  Japan and UK before making their decisions to come to UK for building Nissan Car Production Plants and I have given lectures to Mr. Jun Ishihara. President of Nissan Motors Co, Ltd. about status of British engineers, workers, environments, social systems, etc. 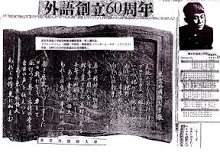 After her resignation from Prime Minister, I met her at Utsunomiya Grand Hotel  in Japan

when she was there as lecturer and guest President of Japan Business Womans Management and Administraions Conference of Womans Chamber of Commerce (3 days seminar. More than 2000 women members gathered and participated).

First program was Opening Ceremony Speech by Maggy Thatcher and  then

I arranged special pianist Mr.Goto for her  was several times top winner of many Piano concerts in Paris and Europe after study at Conservatoire in Paris.

This is a part of my personal history why I was involved in paintings,

arts and music. But personally I love paintings and also music by myself.

My maternal family ancestors were bronze sculptors and goldsmith for   more than 6 centuries generations to make pairs of  bronze dragons,pairs of bronze or stone carved guardian dogs, golden snakes etc. for Shinto shrines, temples, castles etc. I remember well my grand-father and uncle were working at melting furnaces atelier with many assistants  workers at my childhood time.

I have patterns to make  gold or silver accessories as shown in separate photos files. 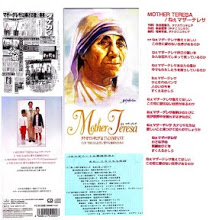 On the other hand ,I am poet and essayist and published books in Tokyo.

I also made pop music for “ Mother Teresa ” with Japanese famous pop-singer Yukihide Takekawa of Godaigo Pop Group. is internationally performing in Asia.

And also my music CD was published with him by Mercury International Entertainment and royalities were donated to Mother Teresa Catholic Foundation in India and UNESCO(Child Education) as charity.

My songs are still now being played and sung by Choirs and students at Schools and Tokyo University for Foreign Studies in Japan, Fukashi High School.

I was making pop musics and recording  with Manchester Pop Musician Groups Artists Players at my opened Mina Japan Centre Club in the city centre of Manchesster in UK.

Many Artists and Musicians visited  at My Mina Japan Centre Club in in 1980’s.

I have their many photoes taken at my  Mina Japan  Centre Club.

I will attach their photos and signatures herewith. 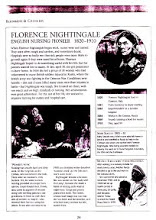 By request of BBC in UK, I cooperated for Dr Suzuki (World-famous education

BBC asked me to cooperate to translate whole Japanese talks and narrations in the films into English language for editing, re-recording before broadcasting in the world.

Dr. Suzuki was thanking me for my co-operation before BBC broadcasting.

I was grown up in Matsumoto City, Nagano Prefecture in Japan until High School and many of my friends were trained and educated by Dr. Suzuki at his Music Talent Schools and now they are playing Violins, Violas, Cellos and Contrabass at Top Class Philharmonic Symphony Orchestras in the world as  professional players. Dr. Shinichi Suzuki was nominated twice by Nobel Peace Prize Committee.

I am a  honorable Chairman of Japanese Students Union Association in UK and also President of  Japanese Residents Association(outside London) in UK.

After retirement from Marubeni Corp., I was appointed as coordinator to teach Japanese langauage and cultures for British University Students before sending them to Japanese Universities for studies which they have chosen by themselves.

Such British Students were supported by YKK Education Assistance Fund.

YKK is global Indutry for producing YKK zips fasteners for the world markets and consumers.

Their factories are existing in nearly  over 40 countries in the world. 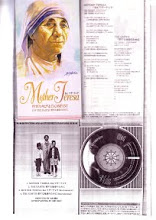 History of my ancestors and historical connections.

My ancestor Saburo Ozaki came to England from Nagasaki in 1868 with a son of first Prime Minister(Udaijin) Sanetomi Sanjo at Meiji Restoration and also a son of  Lord Mouri for study of International law at Oxford. I discovered a short article of their arrival at archive Southampton Chronicle in 1868. 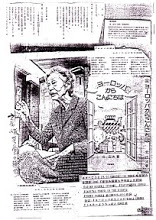 I will attach a copy of that newspaper herewith .

He came back to Japan in 1873 and in 1880 he was assigned and sent to St. Petersberg in Russia for opening first Japan Legation  as first secretary and Deputy Minister to Minister Plenipotentiary Maemitsu Yanagihara (Earl as Grand Nephew of Emperor Taisho,  his Aunt  is Byakuren Yanagihara, famous Poet ), and met Tzsar Alexandre II for agrement at Winter Palace. Then they came  to meet three Kings of Denmark, Sweden and Norway for Agrement.

My ancestor Ozaki Saburo’s daughter Theodora(Japanese name: Eiko) who was born in London from British mother and later married Tokyo City Gouvernor Yukio (Gakudo) Ozaki who devoted himself to establish First Japanese Parliament. Since then, Yukio Ozaki was elected as MP 25 times. He was first Japanese politician who was devoting himself for introducing “Western Democracy” to Japan.

You can search and refer to  his biography  by Internet  in English and Japanese Versions.

Theodora-Eiko was working at British Embassy in Tokyo. And she was used to be correspondent representing “The Times” and published books about Japanese Cultures in New York.

She was also lecturer of English at Keiogujyuku School, Showei Girls School and Gakushuin

Aristocrats School.  Hikozao Okami was graduated from Univeristy  in USA and came

back to Japan and established  Shoei Girls School,  At the same time, Hikozo Okami invited

Hikozo Okami’s Uncle was only one Japanese Samurai  who participated  to American South & North Civilian War.

I was  a very closed  friend to Kiyonao Okami, grand-son of Hikozo Okami who was used to work as America General Consular  from State Department of USA at Dublin, Repiblic of Irelandand later  Principal of Shoei-Winchester Womans College in UK.

I have written Kiyonao Okami’s biography in Japanese and English.  I was recommended to publish this book either in New Your London.

Kiyonao Okami was  extraordinary character as  native Japanese. He became American Diplomat after the World War II  and assigned as Deputy Consular by the special request  by American Ambassador Douglas MacArthur Jr. to Japan, who was  son of Douglas MacArthur Sr. ,Supreme Commander of Allied Powers since 15th August 1945

When Yukio Ozaki was , Governor of Tokyo Metropolitan City, he sent 2000 young trees of Sakura(Cherry) to Washington DC. USA  as present

for planting alongside Potomac River.